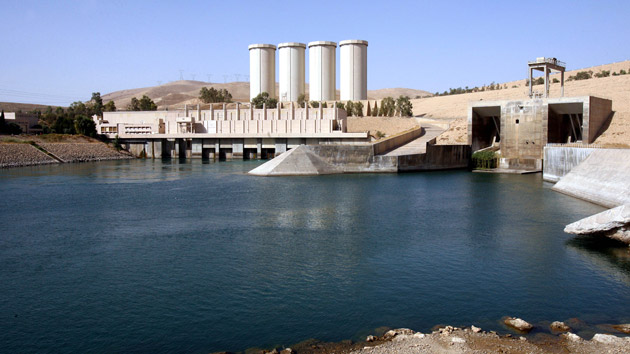 The outcome of the Iraq and Syrian conflicts may rest on who controls the region’s dwindling water supplies, say security analysts in London and Baghdad.

“Control of water supplies gives strategic control over both cities and countryside. We are seeing a battle for control of water. Water is now the major strategic objective of all groups in Iraq. It’s life or death. If you control water in Iraq you have a grip on Baghdad, and you can cause major problems. Water is essential in this conflict,” he said.

Isis Islamic rebels now control most of the key upper reaches of the Tigris and Euphrates, the two great rivers that flow from Turkey in the north to the Gulf in the south and on which all Iraq and much of Syria depends for food, water and industry. 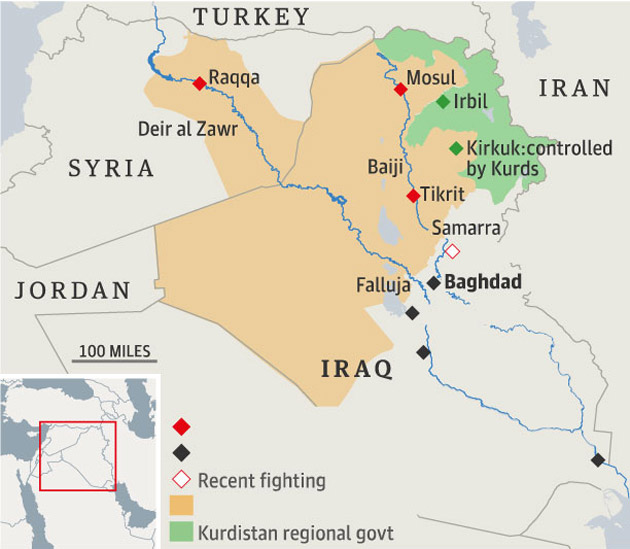 “Rebel forces are targeting water installations to cut off supplies to the largely Shia south of Iraq,” says Matthew Machowski, a Middle East security researcher at the UK houses of parliament and Queen Mary University of London.

“It is already being used as an instrument of war by all sides. One could claim that controlling water resources in Iraq is even more important than controlling the oil refineries, especially in summer. Control of the water supply is fundamentally important. Cut it off and you create great sanitation and health crises,” he said.

Isis now controls the Samarra barrage west of Baghdad on the Tigris and areas around the giant Mosul Dam, higher up on the same river. Because much of Kurdistan depends on the dam, it is strongly defended by Kurdish peshmerga forces and is unlikely to fall without a fierce fight, says Machowski.

Last week Iraqi troops were rushed to defend the massive five mile-long Haditha Dam and its hydroelectrical works on the Euphrates to stop it falling into the hands of Isis forces. Were the dam to fall, say analysts, Isis would control much of Iraq’s electricity and the rebels might fatally tighten their grip on Baghdad.

Securing the Haditha Dam was one of the first objectives of the American special forces invading Iraq in 2003. The fear was that Saddam Hussein’s forces could turn the structure that supplies 30 percent of all Iraq’s electricity into a weapon of mass destruction by opening the lock gates that control the flow of the river. Billions of gallons of water could have been released, power to Baghdad would have been cut off, towns and villages over hundreds of square miles flooded and the country would have been paralyzed. 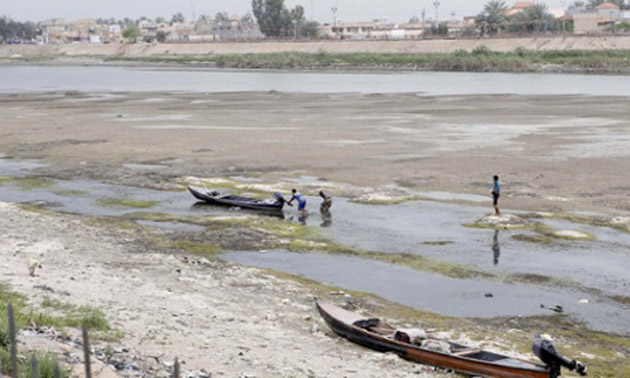 Iraqi men move a boat that was stuck on the banks of the Euphrates River after supplies were blocked by anti-government fighters who control a dam further upstream.

In April, Isis fighters in Fallujah captured the smaller Nuaimiyah Dam on the Euphrates and deliberately diverted its water to “drown” government forces in the surrounding area. Millions of people in the cities of Karbala, Najaf, Babylon and Nasiriyah had their water cut off but the town of Abu Ghraib was catastrophically flooded along with farms and villages over 200 square miles. According to the UN, around 12,000 families lost their homes.

Earlier this year Kurdish forces reportedly diverted water supplies from the Mosul Dam. Equally, Turkey has been accused of reducing flows to the giant Lake Assad, Syria’s largest body of fresh water, to cut off supplies to Aleppo, and Isis forces have reportedly targeted water supplies in the refugee camps set up for internally displaced people.

Iraqis fled from Mosul after Isis cut off power and water and only returned when they were restored, says Machowski. “When they restored water supplies to Mosul, the Sunnis saw it as liberation. Control of water resources in the Mosul area is one reason why people returned,” said Machowski.

Increasing temperatures, one of the longest and most severe droughts in 50 years and the steady drying up of farmland as rainfall diminishes have been identified as factors in the political destabilization of Syria.

Both Isis forces and President Assad’s army are said to have used water tactics to control the city of Aleppo. The Tishrin Dam on the Euphrates, 60 miles east of the city, was captured by Isis in November 2012.

The use of water as a tactical weapon has been used widely by both Isis and the Syrian government, says Nouar Shamout, a researcher with Chatham House. “Syria’s essential services are on the brink of collapse under the burden of continuous assault on critical water infrastructure. The stranglehold of Isis, neglect by the regime, and an eighth summer of drought may combine to create a water and food crisis which would escalate fatalities and migration rates in the country’s ongoing three-year conflict,” he said.

“The deliberate targeting of water supply networks…is now a daily occurrence in the conflict. The water pumping station in Al-Khafsah, Aleppo, stopped working on May 10, cutting off water supply to half of the city. It is unclear who was responsible; both the regime and opposition forces blame each other, but unsurprisingly in a city home to almost three million people the incident caused panic and chaos. Some people even resorted to drinking from puddles in the streets,” he said.

Water will now be the key to who controls Iraq in future, said former US intelligence officer Jennifer Dyer on US television last week. “If Isis has any hope of establishing itself on territory, it has to control some water. In arid Iraq, water and lines of strategic approach are the same thing.” 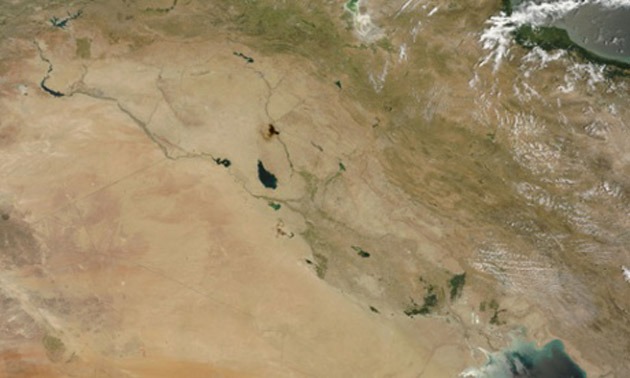 A satellite view showing the two main rivers running from Turkey through Syria and Iraq. MODIS/NASA

The Euphrates River, the Middle East’s second longest river, and the Tigris, have historically been at the center of conflict. In the 1980s, Saddam Hussein drained 90 percent of the vast Mesopotamian marshes that were fed by the two rivers to punish the Shias who rose up against his regime. Since 1975, Turkey’s dam and hydropower constructions on the two rivers have cut water flow to Iraq by 80 percent and to Syria by 40 percent. Both Syria and Iraq have accused Turkey of hoarding water and threatening their water supply.

“There has never been an outright war over water but water has played extremely important role in many Middle East conflicts. Control of water supply is crucial,” said Stephen.

It could also be an insurmountable problem should the country split into three, he said. “Water is one of the most dangerous problems in Iraq. If the country was split there would definitely be a war over water. Nobody wants to talk about that,” he said.

Some academics have suggested that Tigris and Euphrates will not reach the sea by 2040 if rainfall continues to decrease at its present rate.