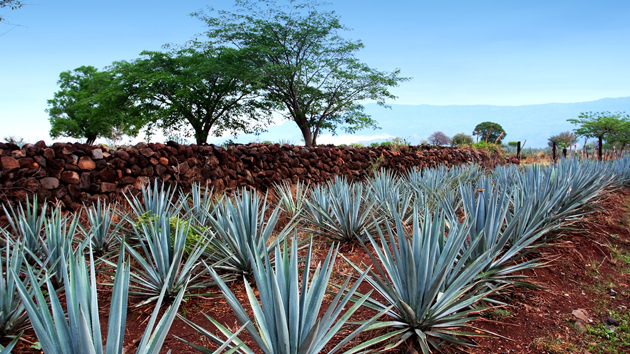 It’s the 4th of July, and you love your country. Your likely next step: Fire off some small scale explosives, and drink a lot of beer.

But that last word ought to trouble you a little. Beer? Is that really the best you can do? Isn’t it a little, er, uncreative?

Amy Stewart has some better ideas for you. Author of the New York Times bestselling book The Drunken Botanist: The Plants That Create The World’s Great Drinks, she’s a master of the wild diversity of ways in which, since time immemorial, human civilizations (virtually all of them) have created alcoholic drinks from the sugars of their native plants. “We have really good evidence—like analyzing the residue on pottery shards—really good evidence of people making some kind of alcoholic beverage going back at least 10,000 years, and probably much longer than that,” says Stewart on the latest episode of the Inquiring Minds podcast.

In other words, human beings pretty much always find a way when it comes to getting hammered. Indeed, you could argue that learning how to do so was one of the first human sciences. In a sense, it’s closely akin to capturing and using solar energy: Making alcohol, too, hinges upon tapping into the power created by the sun. “It is not much of an exaggeration to claim that the very process that gives us the raw ingredients for brandy and beer is the same one that sustains life on the planet,” writes Stewart in The Drunken Botanist. 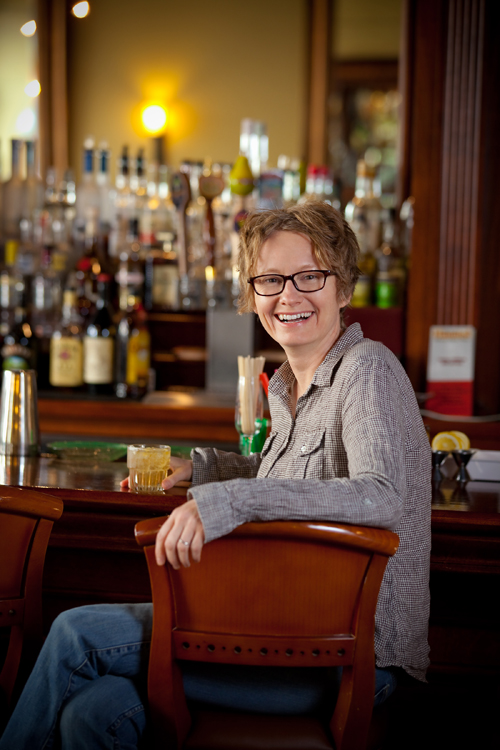 Here’s how it goes: The sun pours down vast amounts of energy upon the earth and fires the process of photosynthesis in plants. Plants take in sunlight, water, and carbon dioxide, give off oxygen, and produce sugars.

It is from these sugars that the world’s diverse alcohols—ranging from cane alcohols to agave alcohols to tree bark alcohols—spring. But human cultures, spread across the world, had very different plant species to work with, so the resulting alcohols are also very different. “There’s all these processing steps you have to take to get at the sugar, but people were highly motivated to do that,” Stewart explained on Inquiring Minds.

One of the most interesting processes, originating in ancient Mexico, involved cutting into the stalk of the huge agave plant to get its sap to flow. But then, the agave sap seekers would cover up the puncture, letting sap pile up up, only to release it again—after which they would repeatedly scrape the plant’s insides, a process “which irritates the plant so much that sap begins to flow profusely,” explains Stewart in her book. One agave plant, Stewart reports, can generate more than 250 gallons of sap.

Once you’ve got a hearty supply of plant sugar, in the form of agave sap or whatever else, the second vital step of the alcohol process involves yeast. In the process of fermentation, these tiny microorganisms take sugar and break it down into carbon dioxide and ethyl alcohol. For yeast, the alcohol is a waste product. For us, apparently, it’s a necessity. In the case of agave sap, the tradition is to let it ferment not only in yeast but a special kind of bacteria that lives on the agave plant. The result is pulque, a whitish, sour and low alcohol liquor sometimes compared to yogurt. (Using different processes, and different species of agave plant, gives you tequila and mezcal.)

But that’s just one of the myriad ways in which humans make alcohol. Forget your grapes-to-wine and your grains-to-beer pathways—they’re so unoriginal. “When you look at what the whole world drinks, you get a very different picture,” observes Stewart. “Around the world, sorghum is probably the plant used to make alcohol more than any other.” It is used to make anything from home-made beer in Africa to a high proof liquor called maotai in China. 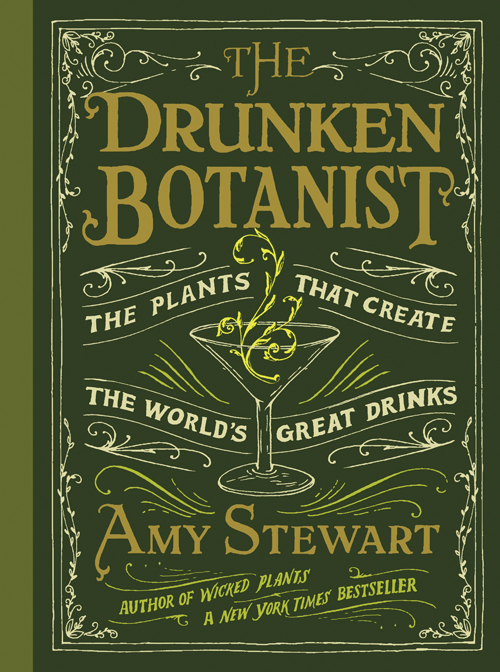 First, here’s a drink that’s probably a lot less patriotic than you think: Some spruce beer claiming to have been invented by Benjamin Franklin. The history of liquors, writes Stewart, is “riddled with legends, distortions, half-truths, and outright lies,” and one of them involves Franklin. I’m always highly suspicious of any story that involves a Founding Father,” says Stewart. “You always want to look at that stuff with some scrutiny.”

The claim is that Franklin invented spruce beer, a very old drink that, Stewart explains, explorers actually used to fight scurvy because spruce trees contain ascorbic acid. When Franklin died, a recipe for spruce beer was found in his papers. But it turns out Franklin had merely copied the recipe from a book called The Art of Cookery Made Plain and Easy, published in 1747 by an Englishwoman named Hannah Glasse.

Franklin “never intended to take credit for her recipe,” says Stewart. “But nonetheless, you will see these microbreweries all over that do Founding Father beers, and they’ll have this Benjamin Franklin spruce beer. And I’m sure that they are never going to go back to put Hannah Glasse’s face on that bottle.”

So what’s a more authentic patriotic drink? Stewart gave us a recommendation, and a recipe.

“Two of the things that we drank a lot of in our early days were hard cider, apple cider, and corn whiskey, like bourbon,” says Stewart. “Those are very American drinks, and very much part of what the Founding Fathers were drinking. So, the two of them together actually make a drink called a stone fence.”

Here’s the recipe, as explained by Stewart on the podcast: 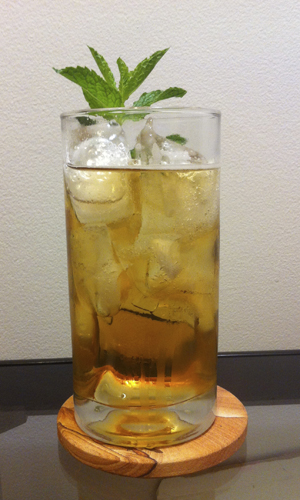 All you do is take hard cider, which is the lightly alcoholic, fizzy kind of cider, and pour it in a glass with some ice, and add a little splash of bourbon, like an ounce, ounce and a half at the most. And give it a good stir. And that’s the drink.

Now, people really experiment with this drink. Sometimes they’ll do something a little bit like a mint julep, where they’ll add some mint, and some simple syrup, and maybe a little squeeze of lime juice to it. Sometimes people will add a little bit of fruit syrup, like cassis, or I don’t know, blackberry liqueur, or something like that, to make it a little bit of a fruitier, kind of red drink.

So it’s a nice template to explore. You’ve basically got something kind of fizzy and dry, and you’ve got the bourbon as a base alcohol. And then you can sort of add to that. But the nice thing is, it’s reasonably light. You can really dial back the bourbon, and have something that you can drink during the day when it’s hot.

So enjoy yourself (safely) this July 4—and when you have a drink, remember that alcohol production is a global scientific endeavor, based on an understanding of botany and also of the world’s diverse cultures.

“Knowing a little bit about what the plants are, and where they come from, and how they got turned into alcohol, you actually can make a better drink if you know some of that stuff,” says Stewart.

To listen to the full Inquiring Minds interview with Amy Stewart, you can stream below: