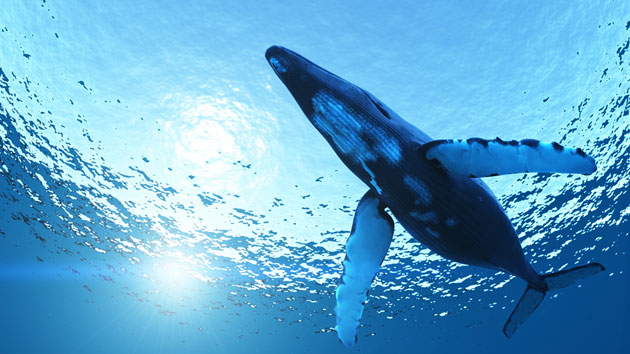 This story originally appeared in CityLab and is republished here as part of the Climate Desk collaboration.

It’s not a good time to be living in the ocean. Aside from oil spills and the scourge of plastics pollution, the seas are becoming ever more acidic due to humanity’s CO2 flooding the atmosphere. The altered PH of the water makes for a bevy of problems, from making fish act in really weird ways to dissolving the shells of creatures critical to the marine food chain.

But a group of scientists from the University of Vermont and elsewhere think the ocean’s future health has one thing going for it: the restoration of whale populations. They believe that having more whales in the water creates a more stable marine environment, partly through something called a “whale pump”—a polite term for how these majestic animals defecate.

Commercial hunting of great whales, meaning the baleen and sperm variety, led to a decline in their numbers as high as 66 percent to 90 percent, the scientists write in a new study in Frontiers in Ecology and the Environment. This mammalian decimation “likely altered the structure and function of the oceans,” says lead author Joe Roman, “but recovery is possible and in many cases is already under way.”

The researchers—who are whale biologists—present a couple of arguments for how these animals help secure the climate-threatened ocean. The first is their bathroom behavior: After feeding on krill in the briny deep, whales head back to the surface to take massive No. 2s. You can see the “pumping” process in action amid this group of sperm whales off the coast of Sri Lanka: 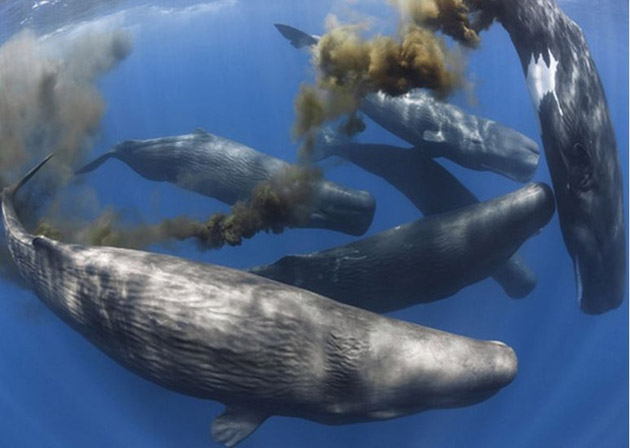 You have to feel for the person who took that photo. But these “flocculent fecal plumes” happen to be laden with nutrients and are widely consumed by plankton, which in turn takes away carbon from the atmosphere when they photosynthesize, die, and wind up on the ocean floor. A previous study of the Southern Ocean, to cite just one example, indicated that sperm-whale defecation might remove hundreds of thousands of tons of atmospheric carbon each year by enhancing such plankton growth. Thus, these large whales “may help to buffer marine ecosystems from destabilizing stresses” like warmer temperatures and acidification, the researchers claim.

The other nice thing whales do for the climate is eat tons of food and then die. In life, they are fantastic predators. But in death, their swollen bodies are huge sarcophagi for carbon. When the Grim Reaper comes calling, whales sink and sequester lots and lots of carbon at the bottom of the sea, like this dearly departed fellow: 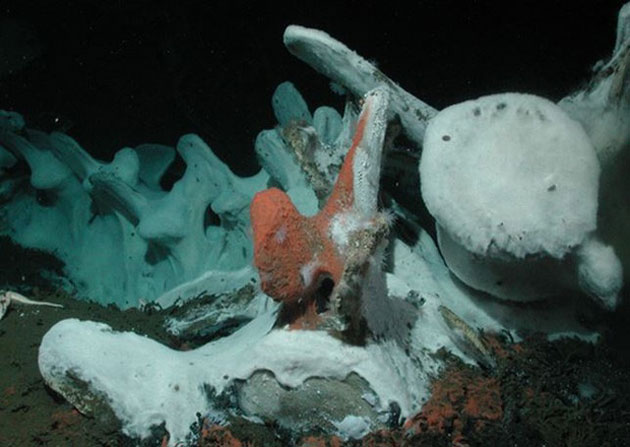 While there’s no exact measurement of how these “whale falls” impact global carbon sequestration—and some argue it can’t have that big of an effect—Roman thinks it’s worth keeping in mind when thinking about protecting these vulnerable creatures. As he told an Alaskan news station last year, “This may be a way of mitigating climate change, if we can restore whale populations throughout the world.”