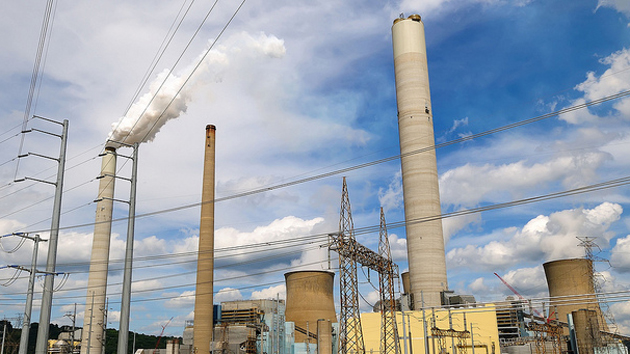 This story was originally published on Slate.

The Wall Street Journal had a good front-page article this week about the challenges facing the nation’s utilities. For the longest time, electricity sales and consumption went hand in hand with economic growth. In the last several years, not so much. Electricity retail sales peaked at 3.77 trillion kilowatt-hours in 2008, dropped in 2008 and 2010, recovered a bit in 2011, and fell in each of the next two years. The 2013 total of 3.69 trillion kilowatt-hours was down 2 percent from 2008.

The culprits are many: changes in the economy (less industry, more services), higher prices and low wages pushing people to cut usage, more people and companies generating their own electricity on their rooftops, and a renewed focus on efficiency. I’d add another factor, one that the Journal underplays: Utilities are confronting the prospect of significant and widespread demand destruction.

Demand destruction is different from energy efficiency. Efficiency is when you decide to use a little less of a resource than you did last year (turn out the lights, drive a more efficient car) or on a seasonal basis (turn down the heat during the winter). That can be a bummer for a provider. But in many instances, it is part of the business model. Many states require regulated utilities to run, fund, or offer energy efficiency programs.

So strategic demand reduction and management are part of the industry’s operating system; demand destruction is not. Demand destruction occurs when you eliminate or substantially reduce the need for the resource on a near-permanent basis. Somebody trading in a Chevrolet Malibu for a Nissan Leaf won’t be buying any gasoline for the next 10 years. Replacing a 30-year-old air conditioner with a more efficient new one will significantly reduce the power associated with cooling. Innovations in technology and business models can hasten the process of demand destruction—think of how the advent of iTunes cut into the sales of CDs. And there are signs that this is beginning to happen with electricity.

The price of solar panels has come down dramatically in recent years, and new business models, such as SolarCity’s leases, have substantially reduced the costs associated with installing rooftop electricity generation systems. As a percentage of overall electricity production, solar is minuscule. But each panel represents a bit of demand destruction. And when a company puts solar panels on the roof of a big-box retailer, as Ikea has done on 40 of its U.S. stores, or as Walmart has done (89 megawatts of capacity at 215 locations as of last fall), it is effectively destroying a decent chunk of demand over the 20-year life of the system.

When a lot of people decide to go solar in the same city or area, it can add up. Hawaii’s utility publishes cool daily charts showing the amount of solar energy being produced in its service areas each day by utility companies and by off-the-grid households. Here’s Hawaiian Electric’s “Renewable Watch” for Oahu, home to Honolulu. The dark blue line is the “net system load,” and the squiggly light blue line represents the “gross system load.” The difference between those two is the amount of energy being created by “behind the meter” sources; i.e., home- and company-based rooftop solar systems. In the middle of the day, about 150 megawatts, or about 14 percent of the total electricity being used in Oahu, is being produced by sources other than Hawaiian Electric. For the utility, that’s a significant amount of demand destruction. Last year alone California added 700 megawatts of behind–the–meter solar capacity, compared with 2,145 megawatts of utility solar capacity.

There’s another form of electricity in which demand destruction is starting to become evident: lighting. An LED bulb uses between 70 and 80 percent less electricity to produce the same amount of light as an incandescent light bulb. That differential has proven irresistible to large companies and organizations. Starting in 2010, Macy’s Corp. began replacing traditional light bulbs with LEDs in more than 800 Macy’s and Bloomingdale’s stores. By 2012, having changed some 1.1 million bulbs, the company reported that it had slashed the use of energy related to lighting by up to 73 percent. Los Angeles has completed its project of installing 140,000 LEDs in street lights, cutting energy use associated with that lighting by 62.9 percent. Detroit is in the midst of a program to install 64,000 LEDs as streetlights. (The city’s dashboard tallies weekly progress.) Those are significant drops. And there’s no reason to think that other big users of power—governments, universities, companies, landlords—won’t be doing the same in coming years.

Utilities can’t stand in the way of progress. But not all are taking demand destruction lying down. Arizona, for example, is a natural state for rooftop solar. Rather than allowing leasing companies to eat its lunch, one of the state’s utilities, Arizona Public Service Co., is offering to put solar panels on 3,000 homes in its service areas for free. The utility would own the panels and the electricity they produced, and customers would get a $30 monthly credit for 20 years.

Cannibalizing your own business has a long been a cliché in management circles. But this is one instance in which doing so is necessary if utilities want to keep the lights on.