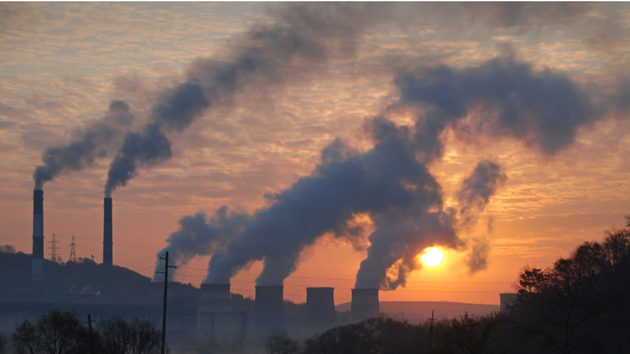 These are just a couple of the many contradictory headlines in response to Monday’s US Supreme Court ruling in Utility Air Regulatory Group v. EPA, a case filed by industry groups and several states challenging some of the environmental agency’s efforts to restrict greenhouse gas emissions. So what’s going on here?

Despite some applauding headlines from the right—”Supreme Court Hits Obama’s Global Warming Agenda,” claimed the Washington Times—the ruling actually had very little effect. “This is not doing much of anything to hobble EPA,” explains Richard Revesz, director of the Institute for Policy Integrity at the New York University School of Law, adding: “Nothing that is being done today calls into question the EPA’s ability to regulate power plants, both new and existing, under section 111 of the Clean Air Act.”

The decision, authored by Antonin Scalia, is actually the latest in a series of rulings by the Supreme Court on the ability of the EPA to regulate greenhouse gas emissions. The most important of these, 2007’s Massachusetts v. EPA, found that the agency had the authority to regulate these emissions under the Clean Air Act. In 2011, the court went further in American Electric Power v. Connecticut, ruling that states, cities, and other entities could not independently sue greenhouse gas emitters because the Clean Air Act and the EPA “displace” their ability to do so. It’s on the basis of such rulings that President Obama’s EPA has stepped forward to regulate greenhouse gas emissions from a variety of sources, including automobiles, newly constructed power plants, and, most recently, existing or older power plants.

Headlines notwithstanding, those regulatory actions weren’t really at issue in Monday’s decision. Rather, the latest case involved something called the EPA’s Prevention of Significant Deterioration (PSD) program, which issues permits for major new sources of air pollution, or for higher levels of emissions from existing sources. Permitted emitters are required to use the best technology available to mitigate their emissions.

As part of the EPA’s initiatives to combat global warming, the agency had tried to “tailor” this preexisting program, which covered other pollutants, to apply to large greenhouse gas emitters, while simultaneously ruling out smaller emitters like hospitals. Industry groups and some states sued in objection. The Supreme Court ruled that the EPA can’t target emitters based on their greenhouse gases under this program, but the court also said the agency can require major emitters already permitted under the PSD program for other types of emissions to curtail their greenhouse gas emissions, too. And by these lights, the EPA can still regulate 83 percent of all stationary sources of these emissions.

So we certainly shouldn’t be worried that the EPA can’t go forward on regulating greenhouse gases now, explains Sierra Club attorney Pat Gallagher. “There’s a slight ding in their program,” Gallagher says. But as he adds, “you’re still capturing most facilities, like 83 percent of the facilities.”

So, don’t freak out. The EPA is still taking major action on global warming. The latest Supreme Court ruling is no catastrophe. The fact that the court is tweaking such minor details in a sense affirms that the EPA’s broad approach to global warming is on track.