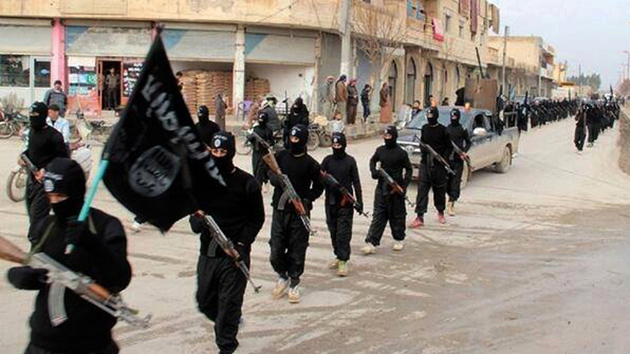 This winter was not a good one for farmers in the Fertile Crescent.

A punishing drought hit most of Syria and northern Iraq during what’s normally the wettest time of the year. In the mountains of eastern Turkey, which form the headwaters of the Tigris and Euphrates rivers, snow and rain were less than half of normal. The region has seen one of the worst droughts in decades.

Drought is becoming a fixture in the parched landscape, due to a drying trend of the Mediterranean and Middle East region fueled by global warming. The last major drought in this region (2006-2010) finished only a few years ago. When taken in combination with other complex drivers, increasing temperatures and drying of agricultural land is widely seen as assisting in the destabilization of Syria under the regime of Bashar al-Assad. Before civil war broke out there, farmers abandoned their desiccated fields and flooded the cities with protests. A series of UN reports released earlier this year found that global warming is already destabilizing nation states around the world, and Syria has been no exception.

With the ongoing crisis in Iraq seemingly devolving by the day, it’s not a stretch to think something similar could already be underway just next door. 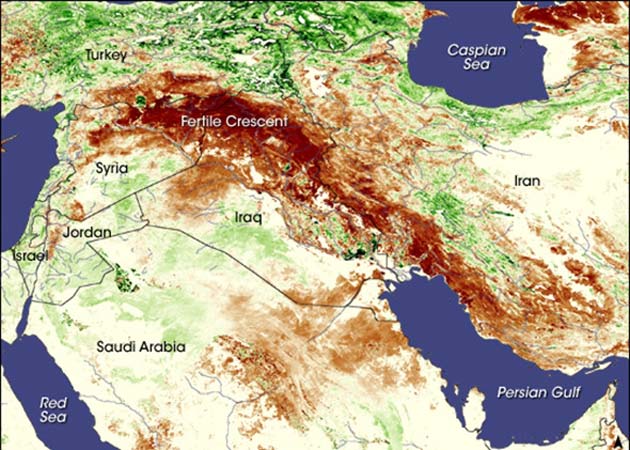 One of the most devastating droughts in decades hit Syria and Iraq in 2007-2008. Scientists have linked the drought to climate change. NASA

Could there be a connection between climate change and the emerging conflict in Iraq?

The short answer is a qualified yes, according to Frank Femia of the Center for Climate and Security, a Washington-based policy institute advised by senior retired military and national security leaders. He explained in a phone interview:

It’s far too early, considering this is happening in real time, to figure out what is motivating ISIS and its members. Certainly, the natural resource stresses in the region make things worse. Terrorist organizations can try to control those resources and gain significant influence and power. You can’t say climate change is causing ISIS to do what it’s doing, but it [climate change] certainly has a role to play in the region.

Increasing temperatures may also be playing a role in the recent uptick in violence. A study published last year in the journal Science showed a strong connection between high temperatures and political instability, like civil wars, riots, and ethnic violence, though the cause is not well known. A previous study has linked dehydration with decreased cognitive performance and increased levels of anxiety.

Sure enough, this year has been unusually hot so far in Iraq with the March-April-May season ranking as the warmest on record across much of the country. (Reliable records from the National Oceanic and Atmospheric Administration date back to 1880.) The emergence of the Islamic State in Iraq and Syria around the same time may just be an interesting coincidence, but the implications are important enough for us to consider a broader connection. 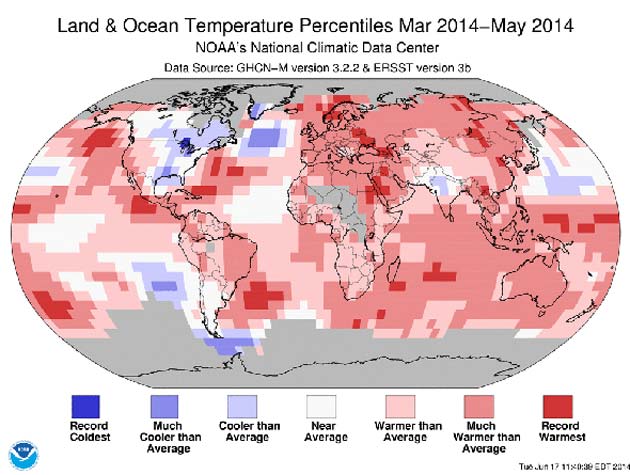 The United Nations lists Iraq as “one of the Arab region’s most vulnerable countries to climate change.” In 2004, just after the American-led regime change, a Congressional Research Service report cited “rapid population growth coupled with limited arable land” and “a general stagnation of agricultural productivity” after decades of conflict and mismanagement during the final Saddam years as the main reasons Iraq grew more reliant on imports of food amid international sanctions and the oil-for-food program. A major drought from 1999-2001 also hampered the country’s ability to feed itself. Since then, conflict has raged and the climate has grown even more extreme, with alternating severe droughts and heavy rainstorms. From the United Nations Development Programme in 2009:

Iraq’s wheat production this year was down 45 percent from a normal harvest, with similar reductions expected in the coming year. As a result, the country has experienced a massive loss of seed reserves for future planting, forcing the country to significantly increase food imports at great cost to the economy.

Meanwhile, farmers are abandoning their fields en masse and moving to urban centres, a trend that has placed more stress on cities in Iraq that are already struggling to provide basic social services and economic opportunities to growing urban populations. As a result, social tensions and the risk of crime have increased.

Sound familiar? As in neighboring Syria, it’s increasingly clear that Iraq is drying out, an effect that’s long been predicted as a result of the human-caused build up of heat-trapping gases like CO2. Since 1973, Femia says, parts of Iraq and Syria have seen “some of the most dramatic precipitation declines in the world.” Citing projected stark declines in rainfall and continued population pressure and upstream dam building, a study released earlier this year made the case that the Tigris and Euphrates rivers may no longer reach the sea by 2040.

Much of Iraq’s climate is similar to California’s Central Valley, with a long summer dry season and a rainier, more productive winter. That’s helped Iraq serve as the breadbasket of the region for millennia, but no longer. Like Bakersfield, Baghdad is intensely dependent on river water from upstream for irrigation of most of its crops. After decades of war, not nearly as much water is getting through.

This year’s major drought has coincided with the rise of ISIS, which has already used dams as a weapon of war, threatening downstream agriculture and electricity production during its march to gain control of vast swaths of territory in Syria and northern Iraq. From Al Arabiya:

In Iraq, ISIS, reportedly in control of the strategic Mosul dam, has declared its intention to deprive Shiite regions from water. Further electricity shortages hit Southern Iraq, where the consecutive governments have failed in restoring basic services since 2003.

The declines in rainfall already seen in Syria and Iraq are on the order of scientists’ predictions but have generally come faster than climate models anticipated. According to retired US Navy Rear Adm. David Titley, the combination of worsening drought and violent conflict now spreading across the region “is a classic case of unintended and unforeseen consequences.”

For all the debate over climate change, those in the national security realm are moving surprisingly full-speed ahead. In this year’s Quadrennial Defense Review, the Pentagon listed the impacts of climate change, like drought, as “threat multipliers.” As Femia put it, “the US military doesn’t have the luxury of planning for the short term.” Now that the Department of Defense has listed climate change as a national security threat, Femia says, “they have an obligation and duty to address those issues.”

For Femia, the way forward in Iraq and other parts of the region is by working at reducing one of the root drivers of Middle East conflict: water scarcity.

In post conflict situations, issues of disarmament and new political foundations and the relationship between various ethnic groups, those are all critical and need to be part of any solution. But if conflict resolution doesn’t involve natural resource management, you’re setting the stage for future instability.

The government of Iraq has named 2014 as a national Year of Environment in an attempt to prioritize the rehabilitation of the country’s degraded lands after years of conflict. Let’s hope they’re not too late.

Correction: Due to an editing error, a previous version of this story included text that did not appear in the original article on Slate.