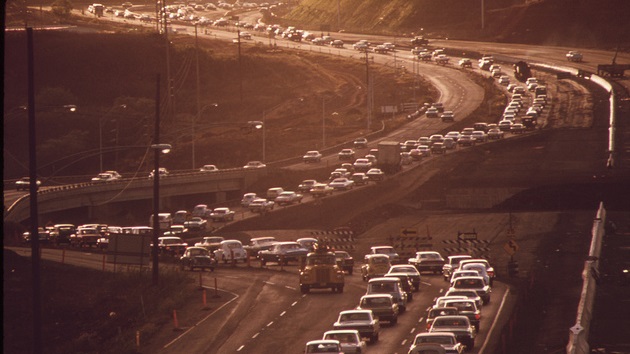 The question may seem simple to answer: You are the citizen of a country, the resident of a city, the child of particular parents, the sibling (or not) of brothers and sisters, the parent (or not) of children, and so on. And you might further answer the question by invoking a personality, an identity: You’re outgoing. You’re politically liberal. You’re Catholic. Going further still, you might bring up your history, your memories: You came from a place, where events happened to you. And those helped make you who you are.

Such are some of the off-the-cuff ways in which we explain ourselves. The scientific answer to the question above, however, is starting to look radically different. Last year, New Scientist magazine even ran a cover article titled, “The Great Illusion of the Self,” drawing on the findings of modern neuroscience to challenge the very idea that we have seamless, continuous, consistent identities. “Under scrutiny, many common-sense beliefs about selfhood begin to unravel,” declared the magazine. “Some thinkers even go so far as claiming that there is no such thing as the self.”

What’s going on here? When it comes to understanding this new and very personal field of science, it’s hard to think of a more apt guide than Jennifer Ouellette, author of the new book Me, Myself, and Why: Searching for the Science of Self. Not only is Ouellette a celebrated science writer; she also happens to have been adopted, a fact that makes her life a kind of natural experiment in the relative roles of genes and the environment in determining our identities. The self, explains Ouellette on the latest episode of the Inquiring Minds podcast (stream above), is “a miracle of integration. And we haven’t figured it out, but the science that is trying to figure it out is absolutely fascinating.” 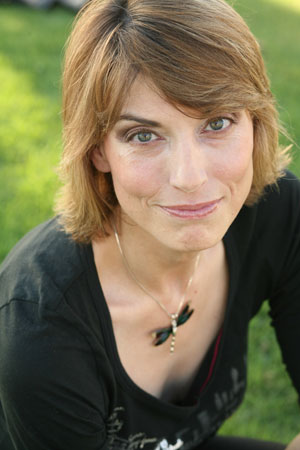 The question of whether the self could be said to exist at all is just one of the major scientific questions that Ouellette takes on in her new book. Nearly as thorny is the question of what actually gives you your (apparent) identity in the first place. You might think of the two issues in this way: For modern science, the question is not just who we are, but also, if we are.

To determine who she is, Ouellette naturally started with her genes. Fortunately for the book (and perhaps for her), she was able to get her genome analyzed by the genetic testing company 23andMe before the Food and Drug Administration stepped in late last year to challenge its provision of health-related genetic analyses. In response, 23andMe stated in December that it would now only offer raw genetic data and ancestry information, while it awaits FDA approval for health-related products. In the meantime, Ouelette defends what she received from the company: “They’re very careful, I found, in their results, telling you that this basically just gives you a sense of what risk factors might be,” Ouellette says. “I never had a sense that it was an oracle in any way. They actually linked to relevant papers, they ranked how valid the studies were, if they were preliminary, if they were very robust with a high sample size.”

From this inquiry, Ouellette learned that she might have a somewhat elevated risk of Type 1 diabetes, but also a lower than average risk of Alzheimer’s. But it is crucial to bear in mind that all of these risks are relatively slight and merely statistical in nature. For instance, Ouellette’s chance of getting Alzheimer’s, based on this analysis, is only 4.9 percent, compared with a 7.1 percent chance for members of the general population. Which underscores one of the key through lines of the book: Your genes are very important, but they are far from everything.

In fact, although you wouldn’t know it from a conventional wisdom that endlessly pits “nature” and “nurture” against each other, the two aren’t actually opposed at all. Every expert Ouellette spoke with for the book agreed with this: Genes and environmental factors work together to make us who we are, meaning that setting them in opposition to one another is simply misinformed. “That’s kind of empowering,” Ouellette says, “because I think that sometimes we get caught up in things like genetic determinism. Genes are very, very important, and they certainly do impose constraints, but there’s also a very strong sense in which we have a lot of role in shaping how we are perceived and who we think we are.” 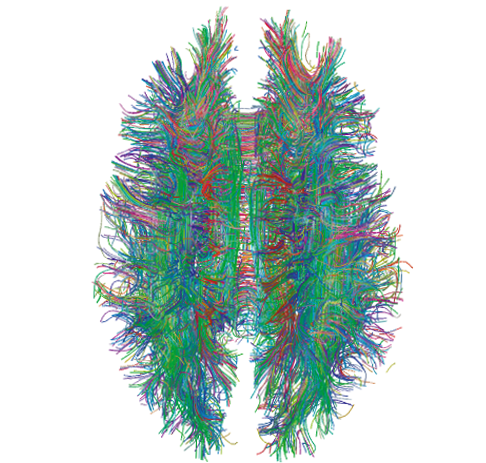 To see this, consider the ultimate repository of everything that we are: the so-called “connectome,” which is defined as the sum total of all the connections between the hundreds of billions of nerve cells, or neurons, in our brains. Genes shape many aspects of how our brains form and develop—how the connectome gets wired—and, accordingly, research repeatedly shows that major behavioral traits like personality are partly inherited. But at the same time, your life experiences also change the connectome daily. “Everything that we do changes who we think we are,” says Ouellette. One scientist interviewed in Ouellette’s book calls the connectome “where nature meets nurture.”

Needless to say, the science of mapping the human connectome is currently in its infancy. There are an estimated 100 billion neurons in the human brain, and as for the connections between them? Sheesh. There may be as many as 100 trillion synapses, or spaces where these neurons exchange information. So far, only one connectome has been mapped, and that was for a much simpler organism—the microscopic roundworm, or nematode. “It took them 10 years just to get the nematode,” says Ouellette, “and the nematode only has 302 neurons.”

Out of this unimaginable complexity emerges the self as we think we know it—and scientists have identified many of the component parts. For instance, there are specific brain regions associated with recognizing yourself in the mirror, feeling that you’re in your own body, feeling that your body begins and ends somewhere, and recognizing where you are in space. So how then can anyone argue that there is not actually such a thing as a self?

Much depends on what you mean by the “self” in the first place. If you think of your self as an essence—something you’d describe with adjectives like “unified,” “continuous,” and “unchanging”—well, science has some bad news for you. New Scientist, for instance, cites an array of neuroscience experiments showing how easy it is to make us believe we are outside of our bodies, or that we’re in the body of a mannequin, or that a rubber hand on a table is our hand…and much else. The hand experiment is particularly disturbing. Watch it:

In other words, while you tend to think of your body as a self-contained entity, and to believe there are clear lines of demarcation between your body and other bodies, there are quirks in the brain that allow this sense to break down. And dropping acid—another self-experiment that Ouellette undertook for the book—further undermines this assumption. “I dropped acid, and you get disembodied,” Ouellette says. “The acid actually messes with those parts of the brain, the ability to distinguish between self and other.” 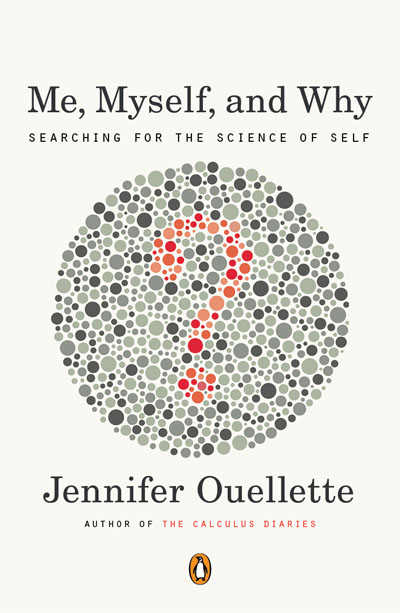 And then on top of that, there are all the problems associated with memory. We would all surely agree that our memories comprise a central part of who we are, yet an array of psychological interventions can cause us to think we made choices we didn’t make, remember things that didn’t actually happen to us, and so on. “Every time we remember something, we are rebuilding it,” Ouellette says. “We’re not actually remembering what happened, we’re remembering what happened the last time we remembered it. And as a result, we embellish; little bits and details get changed.” Memory is also culturally determined: Research has shown, for instance, that Americans tend to retain a particular type of memory, focusing on events that are more personal and individual. In China, by contrast, events of grand cultural or historical significance are more likely to be remembered.

Ouellette’s conclusion from all of this, therefore, is that while it would be going too far to say there is no such thing as the self at all, our understanding of what the self actually is must be dramatically revised. “It’s not right to say it’s an illusion,” she says, “but it is a construct. But it’s not what you think it is.” More specifically, Ouellette ultimately concludes that the self is an emergent property of the billions of neurons of our brain all interacting with one another. What’s emergence? “A system in which the whole is greater than the sum of its parts,” writes Ouellette.

“A traffic jam is emergent,” she explains. “You have all these cars interacting. If it gets dense enough, enough interactions, you’re going to get a traffic jam. But that traffic jam is real.” It is more than the sum of all its cars. Something similar goes for the self.

This also means the self is very fragile. Damage the brain or cease its function, and the self may dissipate. Die, of course, and the story is the same. “I expected people to object more to my take on what happens to your conscious self after you die,” Ouellette confesses. “Because I basically say there is no soul. Or rather, your soul is this conscious thing that is emergent, and once all that activity that leads to the emergent phenomenon disappears, so does that, it’s gone.”

The good news, though, is that during the time we have, all the science that Ouellette relied upon to learn about her own self—genome and brain scans, personality tests, and even virtual identities—can only get better, and better, and better. The next few decades are going to be a great time to get to know yourself. You just have to be clear about what that actually means.

To listen to the full podcast interview with Jennifer Ouellette, you can stream below:

This episode of Inquiring Minds, a podcast hosted by neuroscientist and musician Indre Viskontas and best-selling author Chris Mooney, also features a discussion of the recent discovery of a 30,000-year-old “giant virus” frozen in Arctic ice, and about a case currently before the Supreme Court that turns on how we determine, scientifically, who is intellectually disabled.