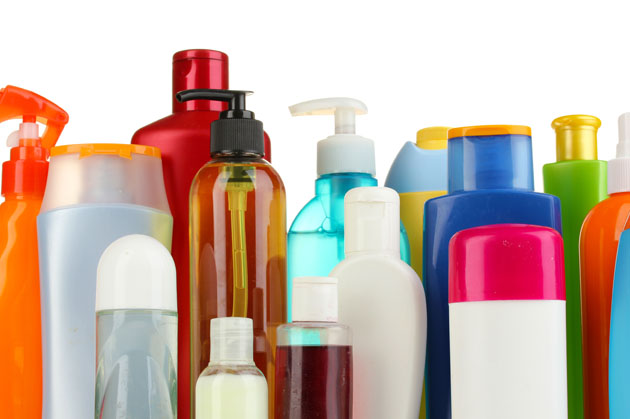 In the summer of 2012, when they set out to measure levels of plastic pollution in the Great Lakes, a team of researchers expected to find lots of bottles, six-pack rings, and plastic bags. They expected, too, to discover plenty of microplastics: those minuscule pieces of free-floating plastic that typically result from the degradation of much larger pieces.

But these researchers were unprepared for just how much micro-size trash they would discover. Some of the samples they collected from Lakes Huron, Superior, and Erie indicated the presence of as many as 450,000 bits per square kilometer—twice as many as had ever been recorded. And the scientists were mystified by the form that so many of these microplastics took: multicolored, perfectly spherical balls a fraction of a millimeter in diameter.

356,000 microbeads are found in one 4.2-ounce tube of a leading facial cleanser.

Further investigation solved the riddle. The tiny balls were plastic microbeads, of the kind found in many popular exfoliating facial scrubs. “It was like someone had taken an entire bottle of facial cleanser and poured it into our sample container,” says Sherri Mason, an environmental chemist at the State University of New York-Fredonia, who conducted the study with scientists from the University of Wisconsin-Superior and the 5 Gyres Institute, a nonprofit research and advocacy group.

While microbeads may be less visible than plastic bags, they are no less environmentally problematic. For one thing, they “look just like fish eggs, and thus like food” to a variety of aquatic organisms, says Mason. All marine microplastics are troublesome, given their tendency to absorb and concentrate persistent organic pollutants that can potentially accumulate in the fatty tissues of anything that eats them. Moreover, when plankton, lugworms, mussels, or fish fill up on toxic junk food, they may well lose their appetite for healthier fare. Dutch scientists who fed mussels tiny nanoparticles of polystyrene found that the shellfish subsequently ate less and grew less.

90 percent of floating ocean debris is made of plastic.

It’s bad enough that microbeads are contributing to our ongoing microplastics problem. But unlike most other microplastics, which result from plastic litter that has broken down over time, microbeads are actually designed to go down our drains and through our pipes. Once they do, they’re small enough to pass through the filters in wastewater-treatment systems—and right into lakes, rivers, and oceans.

Microbeads have been detected in more than 200 different consumer products; most fall under the category of facial cleansers, but the beads also make their way into soaps, sunscreens, even toothpaste. Manufacturers like them because they’re smoother than many natural exfoliants like salt, apricot pits, or walnut husks. And American consumers like them enough to buy cosmetics containing more than 573,000 pounds of them each year.

36.5 percent of fish in the English Channel have plastic within their gastrointestinal tracts.

Now, however, a campaign is afoot to scrub out the scrubbers. Responding to pressure from groups like 5 Gyres, a number of cosmetics companies—including Unilever, Johnson & Johnson, Procter & Gamble, and the Body Shop—have pledged to remove microbeads from their products. Eventually. Unfortunately, they say, it will take a few years to find safe and effective natural alternatives. “We’re not happy that P&G is taking three and a half years to phase this stuff out,” says 5 Gyres spokesman Stiv Wilson, citing just one of the protracted timelines.

While he and others wait, the anti-microbead movement looks toward other consumer markets, including Asia. In the meantime, America: How about just using some soap and a washcloth?