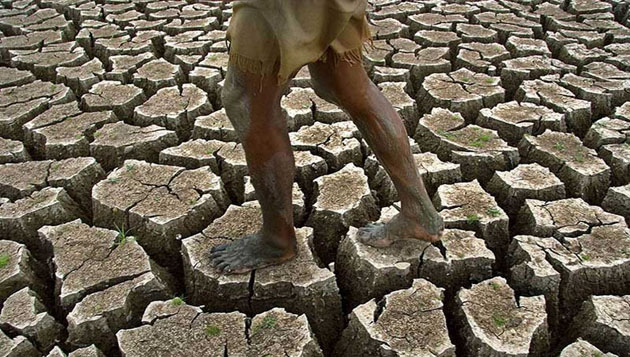 The story first appeared on the Guardian website and is reproduced here as part of the Climate Desk collaboration.

Global warming could be reversed using a combination of burning trees and crops for energy, and capturing and storing carbon dioxide underground (CCS), according to an analysis by scientists. But experts cautioned that trying such an approach after temperatures had passed dangerous levels could be problematic, as climate change reduced the number of trees available for “bioenergy”.

The bioenergy and CCS method was the most cost-effective way of tackling carbon emissions, said the team at Chalmers University of Technology in Sweden, publishing their research in the journal Environmental Research Letters on Thursday. Such an approach could offset and even reverse other emissions from fossil fuels, they claimed.

The lead author of the study, Prof Christian Azar, said it could help bring temperatures down even if they rose above the 2C level that world leaders have agreed to avoid: “Even if current political gridlock causes global warming in excess of 2C, we can reverse the temperature trend and reach targets later. This means that 2C targets, or even more ambitious targets, can remain on the table in international climate negotiations.”

He said that to achieve a reversal of temperatures, the combination of bioenergy and CCS would need to be combined with a huge expansion in renewable energy or nuclear power, in order to reduce emissions almost to zero. He also admitted that there was a political risk that the proposal’s ability to reverse rises at a late stage could be used as an excuse for short-term inaction on emissions.

CCS technology has been tested successfully on small-scale trials, but is still unproven at commercial scale anywhere in the world. Environmentalists have also questioned the carbon benefits of burning trees for power, saying that in some cases the “lifecycle” emissions are worse than coal.

Dr Vivian Scott of Scottish Carbon Capture Storage at the University of Edinburgh, who was not involved with the research, said that the basis for the research’s conclusion was sound, but he warned it should not be interpreted “as a ‘get out of jail free’ card in 50 years’ time” and the idea could be hamstrung by climate change itself.

“As shown in this work, Beccs [Bioenergy with Carbon Capture and Storage] could offer a way back from exceeding climate targets. However, there are potentially huge consequences to allowing an overshoot [of those targets]. A warmer climate for even a limited period could profoundly alter meteorological and ecological systems—changes which could perhaps even restrict the ability to produce the biomass on which we might be reliant to reduce the atmospheric carbon dioxide content,” he said.

He also said that reducing carbon emissions to zero could be a major challenge, given the track record of previous efforts to cut carbon: “Progress in addressing emissions has been woefully slow – the International Energy Agency recently announced that the average amount of carbon dioxide produced for each unit of energy generated has barely changed in the period 1990 – 2010…in essence all the emissions mitigation efforts to date have achieved almost nothing”.