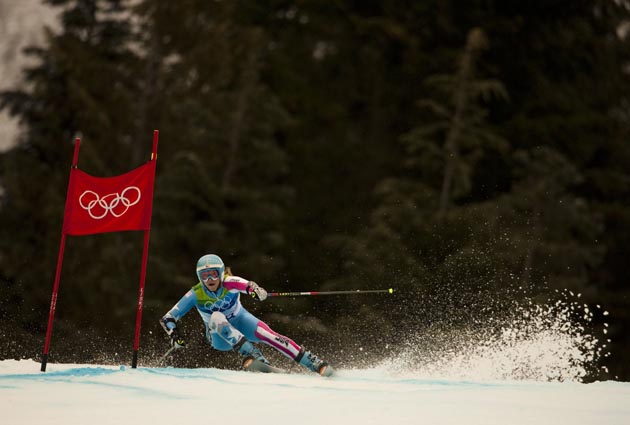 Olympic medalists in snowboarding and skiing have called on Barack Obama on to save winter sports by taking ambitious measures against climate change.

In a letter to the White House, 75 champions, including pro snowboarder Jeremy Jones and Olympians Julia Mancuso and Lindsey Jacobellis said a run of record warm years and sporadic snowfalls jeopardized the survival of their sports and a winter tourism industry worth $12 billion a year.

“As professional athletes, representing a community of 23 million winter sports enthusiasts, we’re witnessing climate change first-hand. Last year was the warmest year on record, and once again, we’re currently experiencing another winter season of inconsistent snow and questionable extremes. Without a doubt, winter is in trouble.

The letter urged Obama to adopt two key measures promoted by environmental groups: new rules that would clean up the country’s fleet of ageing coal-fired power plants and a shut down of the Keystone XL tar sands pipeline project.

The letter was the latest in a series of initiatives by campaigners to push Obama to act on climate change by demonstrating supporting from different sections of the community—such as retired generals, religious leaders, and public health experts.

Obama began his second term by stoking expectations he would act on climate change, vowing in his State of the Union address: “If Congress won’t act soon to protect future generations, I will.”

But the White House has yet to follow up that stirring rhetoric with an ambitious plan for reducing the greenhouse gas emissions that cause climate change, or protecting Americans from the extreme effects expected over the next 40 years.

Environmental campaigners have also grown increasingly apprehensive that Obama may give the go-ahead to a Keystone XL pipeline, which will further open up the vast stores of carbon in the Alberta tar sands.

Campaigners have cast the pipeline as the test of the president environmental promises.

But Obama has been hinting widely that he does not yet see a political opportunity for the bold actions campaigners are demanding, or broad measures to reduce America’s use of fossil fuels.

At a fundraiser in San Francisco last week, held at the home of venture capitalist Thomas Steyer who is an ardent opponent of the Keystone XL, Obama admitted he did not see much scope for climate action in the current economy.

“The politics of this are tough,” he told those the fundraiser, according to a transcript released by the White House.

Obama has been under pressure from liberal, West Coast donors, such as Steyer, to speak up and do more on climate change. But he told the fundraiser he had limited room to maneuver.

“If you haven’t seen a raise in a decade; if your house is still $25,000, $30,000 under water; if you’re just happy that you’ve still got that factory job that is powered by cheap energy; if every time you go to fill up your old car because you can’t afford to buy a new one, and you certainly can’t afford to buy a Prius, you’re spending 40 bucks that you don’t have… you may be concerned about the temperature of the planet, but it’s probably not rising to your number-one concern. And if people think, well, that’s shortsighted, that’s what happens when you’re struggling to get by. You’re thinking about what’s right in front of you, which is how do I fill up my gas tank and how do I feed my family.”

Obama went on to tell the fundraiser that efforts by campaigners—such as Tuesday’s letter—could help create room for action. But he made it pretty evident that that the time was not yet right for bold action.