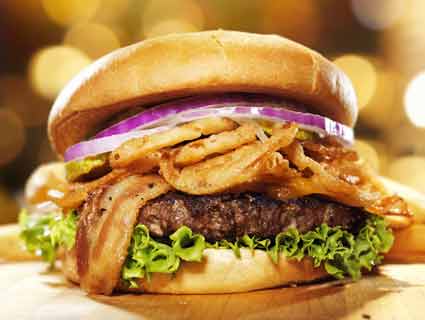 Earlier this month, researchers announced the results of a big new nutritional study in Europe that seemed to yield more evidence that processed meats like bacon and sausage can lead to an early grave. The media responded with the usual “Death by Salami” headlines. What news outlets downplayed about the study, though, is that despite their best efforts, the EU researchers couldn’t find any evidence that red meat will kill you. In fact, the study shows that not eating red meat is a risk factor for an early demise.

After correcting some measurement errors, the researchers in Europe had to conclude that not only was red meat intake “no longer associated with mortality” but “all-cause mortality was higher among participants with very low or no red meat consumption.”

The government, public health advocates, and the American Heart Association have long warned Americans that overconsumption of red meat can lead to heart disease and other ailments. Yet the scientific evidence supporting this hypothesis has always been weak. And in fact, this month’s study isn’t the first to fly in the face of these assumptions. A large study in Japan also found no increase in heart disease deaths from moderate meat consumption as well.

And last year, Harvard researchers published another similar large study. The media reporting on the study declared that researchers had found that “adding an extra portion of unprocessed red meat to someone’s daily diet would increase the risk of death by 13%. The figures for processed meat were higher, 20% for overall mortality.” But the Harvard data also showed that meat consumption had a protective effect for a lot of people. Up to a certain point, people who ate more of it fared better than those who ate little or none. The source of some of this confusion is simple: People who eat junk food are unhealthy in myriad ways that make it nearly impossible to zero in on a single food item as the source of their health woes.

Looking for more ways to enjoy bacon? Slap a slice of bacon on any website here! Liven up the ol’ lorem ipsum fake copy with a little cured meat here! Watch videos about a guy who traveled the country with bacon instead of money here!

To see what I mean, let’s take a closer look at the EU study. Known as the European Prospective Investigation in Cancer and Nutrition (EPIC), it included more than half a million people from 10 European countries who were queried on a host of different factors, from how much and what they ate to their levels of education, their age, their weight, and whether they’d ever smoked. The study indicated that people who eat a lot of processed meats are also more likely to smoke, eat few fruits and vegetables, and have lower levels of education. They’re much fatter and exercise less than the rest of the sample. And men in this category are also serious boozers. Oh, and the heavy meat eaters were older, too—so many of them were well into their 70s by the time they suffered the consequences of too many sausage rolls.

And the people who ate the most processed meat—which the study qualifies as more than 160 grams per day (about six sausage links’ worth)—didn’t only die of cardiovascular diseases and cancer, the things we associate with a bad diet; they also died of lots of “other causes,” a category that includes car crashes, accidental injuries, and other non-food-related causes. (The study’s big chicken eaters, on the other hand, were the Girl Scouts of the data pool: They don’t smoke much, they eat lots of vegetables, exercise, go to college, and no doubt brush their teeth, wear seatbelts, and get regular checkups.)

“This is like doing a survey about alcoholism and mortality and making the top group so small that it includes Billie Holiday and George Best and making headlines on this basis.”

The researchers did try to adjust for the booze and smoking, education, and even sugar consumption, but they couldn’t completely factor those things out or there would be very few people left in the study. Out of 127,000 or so male participants, a mere 619 were heavy processed-meat eaters who’d never smoked. And as it turns out, the scientists couldn’t find a significant association between heavy processed-meat consumers and nonsmokers, only former or current smokers—a finding they acknowledge is “compatible with residual confounding by smoking.” Which begs the question: Is it the bacon or is the cigarettes that’s killing these people? Concluding that it’s only the bacon that’s the culprit here seems like a stretch.

What’s more, not even 1 percent of of the people who died during the 12 years of the study were among those who ate the most processed meat. Zoe Harcombe, a British obesity researcher (and a participant in the EPIC study), points out that the researchers had to group the participants in an unusual way, so that the number of people in the high-processed-meat consumption category was very small. (There were so few women in this category that the association with processed meats and mortality wasn’t statistically significant for them.) She writes, “This is like doing a survey about alcoholism and mortality and making the top group so small that it includes Billie Holiday and George Best and making headlines on this basis.”

Of course there are plenty of good health reasons to avoid processed meats—think pink slime or listeria—not to mention environmental ones like factory farming and climate change. The EU researchers also point to salt, extra fat, and carcinogens like nitrite that are found in processed food as potential culprits that should make any health nut wary. But not all processed meat is created equal, either. The difference between some nice Italian prosciutto and that Spam-like stuff in Lunchables is vast (and perhaps one reason why Italians have a longer life expectancy than Americans).

In the final equation, eating some bacon for breakfast now and then probably isn’t going to kill you, and eating a nice (grass-fed) steak once in a while might even extend your life.