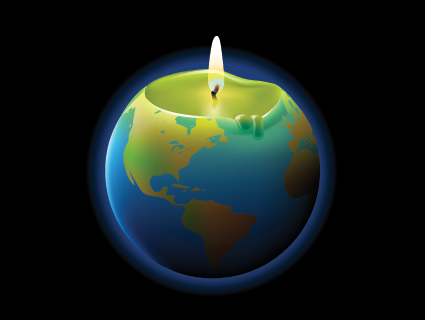 President Obama pleased—and surprised—many environmentalists with his remarks on climate change in his second inaugural speech on Monday. “We will respond to the threat of climate change, knowing that the failure to do so would betray our children and future generations,” Obama said. “Some may still deny the overwhelming judgment of science, but none can avoid the devastating impact of raging fires, and crippling drought, and more powerful storms.” It wasn’t just a fleeting mention, an obligatory nod to climate change alongside a host of other base-pleasing agenda items. In a short, 2000-word, 15-minute speech, Obama used nine separate sentences to lay out his belief that dealing with climate and finding sustainable energy sources are an obligation to posterity.

“I was pleasantly surprised,” says Felice Stadler, senior director of the climate and energy program at the National Wildlife Federation. “It was the first time that we heard a clear signal from him that he believes in the science.”

But like other enviros, Stadler tempers her enthusiasm with caution. She hopes Obama’s comments on climate change mean he will put serious political weight behind the issue in his second term. But what Obama will actually propose in terms of policy—and how hard he’ll push for those proposals—remains to be seen. “I think the time is now to continue the conversation and not to sit quietly and wait for some undefined moment in the future,” Stadler argues.

There are good reasons to believe Obama may act. The economy now looks brighter than it did four years ago, and health care reform is out of the way, which creates an opportunity for Obama to deal with a legacy issue like climate change. But “the proof is in pudding,” says Erich Pica, president of Friends of the Earth. “We’ll know in next few months how serious he is on climate change.” Pica, whose group was the first environmental group to formally endorse Obama back in 2008, now dubs himself a “skeptical Obama environmentalist.” He gives the president’s first term a “C, maybe a C+,” noting that he’s “feeling a little generous… because of the inaugural address.”

Melinda Pierce, deputy national campaign director for Sierra Club, says her group is now putting all its attention on Obama. Congress “has become a place where good ideas go to die,” Pierce says. “We are narrowly, myopically focused on the kind of actions that can come from the executive branch… I don’t have great hopes of what Congress can deliver.”

As Pierce hinted, there’s a long list of things Obama could do fairly quickly to demonstrate his commitment to the environment: denying the permit for the Keystone XL pipeline, finalizing greenhouse gas rules for new power plants, writing rules for planet-warming emission from existing power plants, and improving fuel economy standards for long-haul trucks and other heavy vehicles like they did for cars and light trucks, to name a few.

The first few weeks of his second term will provide an opportunity for Obama to prove his commitment to the goals he voiced Monday morning, Pierce notes. Nearly all of the members of the “Green Dream Team” he appointed in the first term have signaled their plans to leave: the heads of the Environmental Protection Agency, the Department of Interior, and the National Oceanic and Atmospheric Administration have made formal announcements, and several others are expected to follow suit. Green groups will look at the president’s choices to head those agencies as an early indicator of his plans for the second term.

“We’re happy that President Obama was reelected, but we can’t let that happiness overshadow the amount of work we have to do,” said FOE’s Pica. “We can’t give him free passes.”