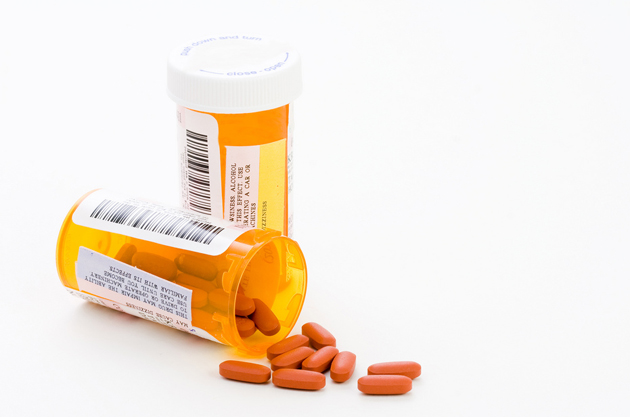 At a white elephant party I attended a few years ago, by far the most popular item—amid the scented candles and picture frames—was a half-full bottle of codeine, brought by a friend who figured her old meds could provide someone with a bit of holiday cheer. This might not have been the most ethical (or legal) way to dispose of a prescription medication. But I remember wondering, “Well, what should you do with unused prescriptions?” If you flush the stuff, does a fish somewhere downstream end up stoned? So I poked around a bit to find out exactly what the deal is.

Can I toss my extra prescription meds down the toilet? As recently as a few years ago, that was the default. But now pretty much everyone agrees it’s a bad idea, because some of the more than $230 billion worth of prescription drugs used by Americans every year will make it through the sewage treatment process and into the waterways. (The Food and Drug Administration still recommends flushing OxyContin, Percocet, morphine, and a couple of dozen other drugs so kids and pets can’t fish ’em out of the trash.)

But wouldn’t they get diluted down to harmless levels? Recent studies have found that human drugs can disrupt the biology and behavior of fish and other aquatic critters at very low concentrations. “You can have measurable behavioral effects in fish and shellfish even at the parts per billion level,” says Christian Daughton, a veteran EPA scientist who studies how pharmaceuticals affect waterways. Some drugs apparently accumulate in fish over time: One study published earlier this year in the journal Environmental Science found that male fish whose brains contained traces of Zoloft appeared less anxious. And while that might seem amusing, these fish are also less effective at seeking shelter from predators. One of the lead researchers, Bryan Brooks, director of the environmental health science program at Baylor University, told me that antibiotic waste, which is associated with antibiotic-resistant bacteria in fish, also is a big problem in the wild.

I’ve heard that the Pill is especially bad. True, synthetic estrogen-type hormones are not good for aquatic life. A 2010 study published in the journal Hormones and Behavior found that male Gulf pipefish exposed to estrogen in a lab for just 10 days developed some female traits. And while the altered males could still reproduce, female fish shunned them. (Scientists have described similar effects in the wild.) But more likely than not, you heard of this issue via an anti-contraception group’s 2010 campaign, “The Pill Kills the Environment.” (It also kills babies, women, and marriage, according to the group, which peddles “the Pill Kills” T-shirts for $7.)

Wait, we pee out these drugs anyway. So what’s the difference? Kate Hagemann, a researcher at the Product Stewardship Institute, told me that intact drugs are concentrated and usually more potent than excreted drugs, since they haven’t been metabolized, “so it’s best not to add yet another source of those chemicals to our water.”

My friend says you should chop up old pills and mix them with kitty litter or coffee grounds before trashing them. This method will certainly make your teenage son less psyched to snort your leftover Vicodin. But while it may be slightly better than flushing, the drugs will probably languish in a landfill, where they could still mix with water and leach into the environment—or end up at a sewage facility that processes liquid waste from dumps—both of which take you back to square one. You could leave the drugs in their plastic bottles, which won’t leak as easily. But since that just puts more plastic in the landfills, your best option is a medication take-back program.

Okay, where can I find one? The Drug Enforcement Administration holds periodic prescription drug take-backs at local police stations, and some states and localities host their own programs. (The excess pharmaceuticals are typically incinerated, along with seized illegal drugs like cocaine and heroin.) A few states have tried to persuade Big Pharma to sponsor take-backs, but companies have resisted. In Washington state, for instance, the industry group PHRMA has fought proposals for sponsored take-backs, arguing that they are too expensive and that consumers should just throw unwanted medicines in the trash. The drugmaker Genentech actually claimed that a take-back requirement would stymie the growth of the state’s burgeoning biotech sector. (Genentech and PHRMA are sponsoring a yearlong pilot program in San Francisco, though.)

Can’t we just make drugs that are less toxic to the environment? Baylor’s Brooks told me about the emerging field of green pharmacology, which aims to create more enviro-friendly drugs. The breast cancer drug Herceptin, for instance, is specifically targeted to patients for whom it is genetically most likely to be effective, thereby reducing waste. “Pharmaceuticals are some of the best studied substances out there,” he says. “There’s no reason we can’t use that knowledge to make drugs more benign.”