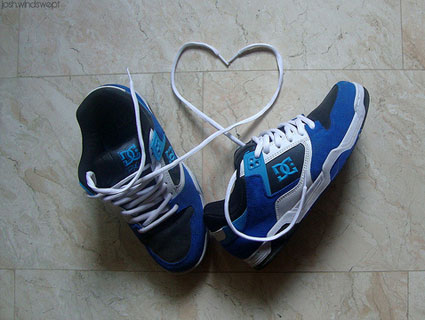 When Toms—a company that, for every pair of shoes you buy, gives a pair to someone in the developing world—was founded in 2006, shoe hoarders rejoiced: A robust collection of kicks was no longer reason for your friends to compare you to a certain Filipina dictator—oh, no! A pile of Toms canvas sneakers and wedge heels actually added to your do-gooder cred. According to its website, by September 2010 Toms had given away more than a million shoes. Toms has since expanded; in addition to shoes it now sells glasses under the same model.

Toms isn’t the only company founded on the “buy one, give one” model of business. For every watch you buy through WeWood, a tree is planted. Smile Squared sells and donates toothbrushes. So do these companies work? I asked a few aid experts to weigh in.

Greg Adams, an expert on aid effectiveness with Oxfam, told me that any sort of in-kind donation—whether it’s through a buy-one-give-one program or not—can be risky. He pointed me toward a post written by Alanna Shaikh at the watchdog blog Aidwatch in the wake of the Haiti quake, entitled “Nobody Wants Your Old Shoes: How Not To Help in Haiti. “Only the people on the ground know what’s actually necessary; those of us in the rest of the world can only guess,” Shaikh wrote.

A recent piece by Sarika Bansal in the New York Times indicated that Toms might be guessing wrong:

On a recent trip to Ethiopia I met with Toms’s employees, who said that shoes promote education because children are often barred from entering schools barefoot. However, when I met one of their core Ethiopian giving partners, the International Orthodox Christian Charities, I learned that they distribute the shoes in schools—to children who, presumably, already own shoes. This situation is not unique. Some children in Toms’s promotional material are also wearing shoes, though they may be inappropriate for school or playground use (see the fourth image on this blog post and several images in this video).

And then there’s the problem of marketplace competition. When the tsunami of 2006 struck Indonesia, donations of rice flooded in from aid groups all over the world. Instead of feeding hungry people, it created competition for the local rice farmers. “People along the coast were devastated, but you go a quarter-mile inland and there was no impact,” Adams said. “There was a bumper crop of rice there that year. So we showed up with a bunch of food, even though a few miles away there was plenty of food. We created a second tsunami of food.”

Similarly, Bansal wrote that Toms “rarely provides work to local shoe markets.” Instead, the company’s chief giving officer told Bansal, “If we begin to create an environment where shoes are available,” he said, “we hope the local shoe industry will take this up and start selling shoes.” (Toms didn’t respond to my request for comment.)

Both Adams and Amy Costello, creator of Tiny Spark, a website and series of podcasts about doing good, told me that they believe that aid must empower local people in order to be successful. After the Haiti quake, Adams said, Haitians started to rely on NGOs for food and basic services instead of their own government. “That’s not sustainable in the long term,” he said.

But buy-one-give-one companies can work—if they solve a real problem, and if they don’t compete with local businesses. A handful of companies are beginning to take a slightly different approach, working with communities in need instead of simply dumping goods in them. One such company is Warby Parker, a glasses maker whose model of partnering with local salespeople Bansal praised. Another is the energy bar manufacturer Two Degrees Foods, which donates a meal to a hungry child for every bar purchased. The group partners with medical organizations to identify children suffering from malnutrition. Then it contracts with local food manufacturers to produce culturally appropriate food: peanut-based meals in Africa; chick peas in Pakistan; lentils and grains in India. “It’s not only economically better for the communities,” Lauren Walters, one of the company’s founders, told me. “It’s better for the environment, too, since you don’t have to ship the food around the world.”

Unfortunately, it can be tough to figure out how exactly buy-one-give-one companies work. Toms, for example, has very limited information on its website. Costello believes that’s a problem: Consumers should have a clear idea of where their money is going. “Any company that tries to raise consciousness about global issues is to be applauded,” Costello said. “But I think it’s incumbent upon the company to have a very clear message as to what they’re achieving.”