Every few months, my friend Brendan disappears into the wilderness to track wolves. The wolves are tagged with radio collars as part of the Yellowstone Wolf Project, which has been observing the animals in their natural environments in an effort to help protect them since 1995. Brendan’s work as a volunteer is to follow the wolf packs (from a safe distance) and record their behavioral, social, and predation habits. Sometimes he’ll go a day without spotting a wolf, just sitting in sub-freezing snow fields and staring through a scope. Other times, he and his partners will stumble across the juicy meat of the job—a wolf howling atop a boulder, a pack devouring a weakened elk—and the biting, windy wait will all be worth it.

Wolves entered the national limelight this week when Rep. Mike Simpson (R-Idaho) and Sen. Jon Tester (D-Mont.) slipped a measure into the budget deal to strip gray wolves of their Endangered Species Act protections in most of the Northern Rockies—the first time a species has been removed from the list for political reasons, rather than scientific ones. The lawmakers argue that the bill alleviates stress on big-game herds and helps out ranchers and farmers, whose livestock fall victim to the predators. The bill would lift protections for wolves in five Western states and allow wolf hunting to resume in Montana and Idaho. Environmentalists worry that removing wolves from the ESA list could open the doors to allow other endangered species to be delisted as well.

Whether wolves have a negative impact on the Northern Rockies remains a contentious issue. Here’s how Brendan sees it: “Gray wolves and elk have been coexisting for 10,000 years. The problems really stem from people, who are contributing to habitat degradation and forest fire suppression.” Studies show that wolves play vital roles in maintaining healthy ecosystems, and could even help stave off some of the effects of climate change. Scroll through to find out how. 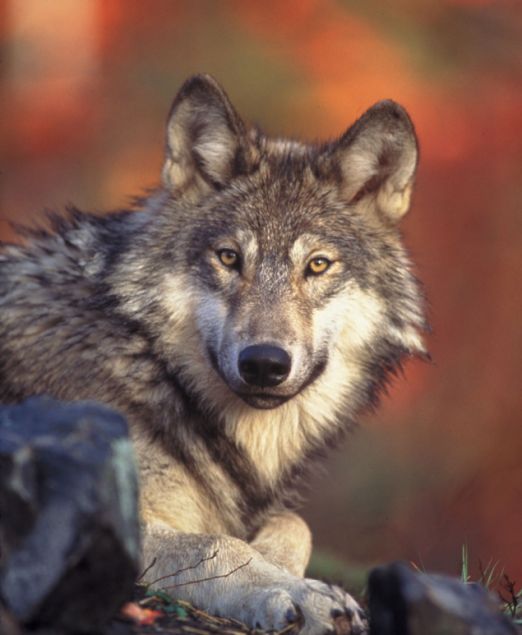 Reason #1: Without wolves and other large predators, ecosystems can go haywire. A 2001 study (PDF) found that when wolves went extinct in Yellowstone, for example, the moose population ballooned to five times its normal size and demolished woody vegetation where birds nested. As a result, several bird species were eliminated in the park. 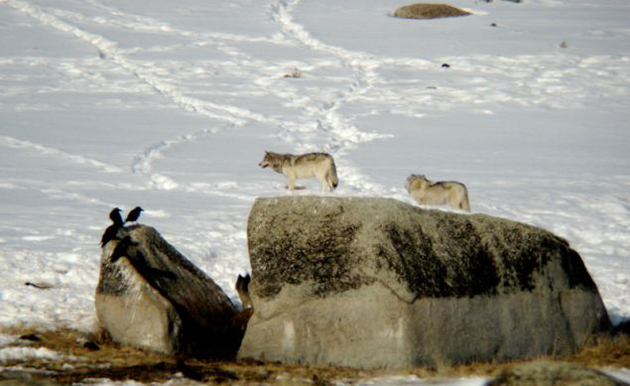 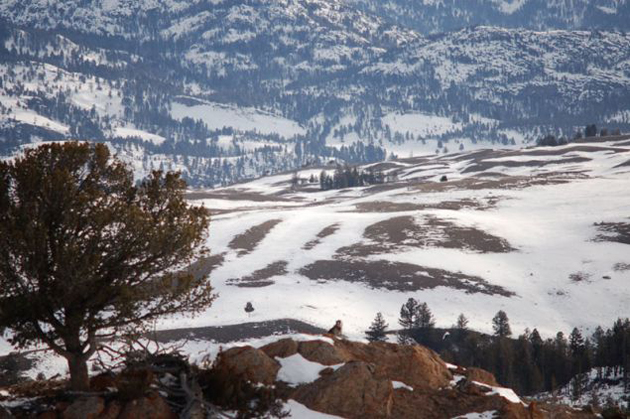 Reason #3: Wolf kills are also good for the soil. A 2009 study in Michigan’s Isle Royale National Park found that wolf-killed elk carcasses dramatically enhanced levels of nitrogen and other nutrients. 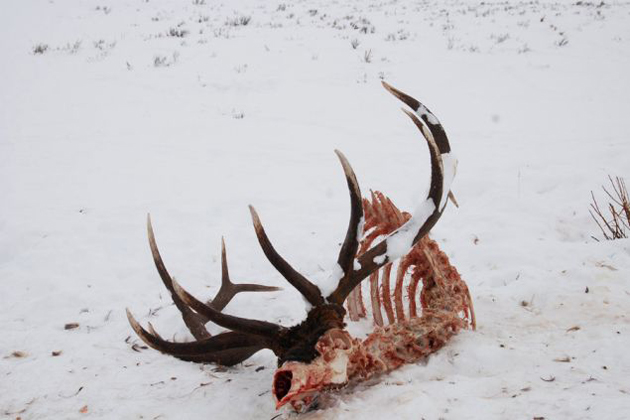 Reason #4: Wolf kills feed more animals than hunting by humans, since wolves scatter their carrion over the landscape. Wolf kills benefit (PDF) three times more species than human hunting kills. The carcass above was a bull elk killed by a pack of eight wolves in Agate Creek, Yellowstone. The skeleton was picked clean by wolves and scavengers in less than five days. 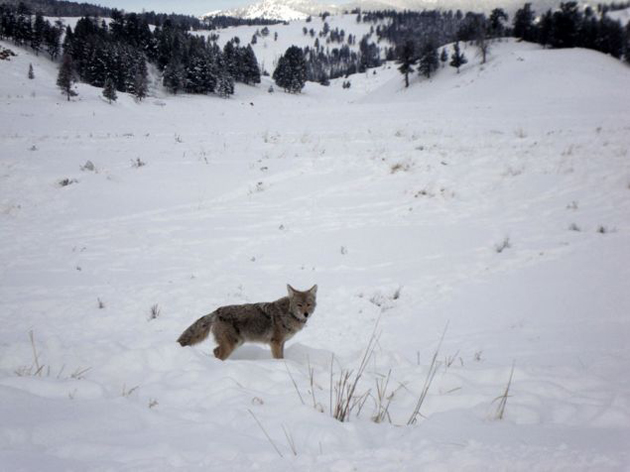 Reason #5: When wolves disappeared from Yellowstone, coyotes preyed on pronghorn almost to the point of no return. But since wolves have returned, the pronghorn have come back. In fact, pronghorns tend to give birth near wolf dens, since coyotes steer clear of those areas. 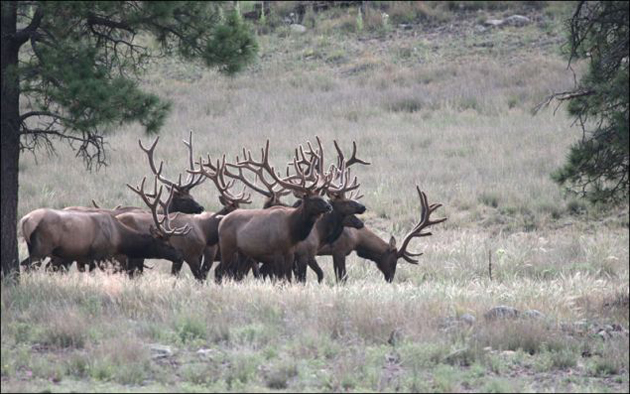 Photo courtesy of the US Fish and Wildlife Service

Reason #6: Deer and elk congregate in smaller groups (PDF) when wolves are around. This helps reduce the transmission of illnesses like Chronic Wasting Disease. 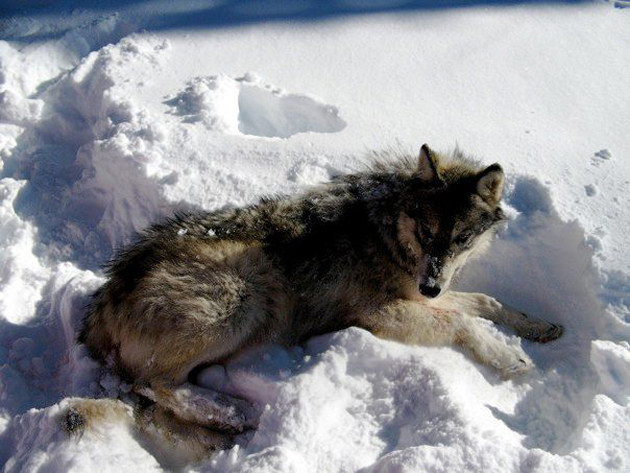 Reason #7: Chronic Wasting Disease is a major threat to elk and deer in the West. Wolves can help by reducing sick animals’ lifespans, in turn limiting the amount of time they can spread infections. 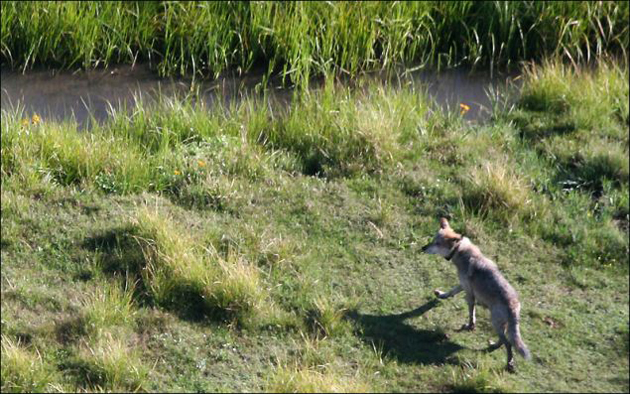 Photo courtesy of the US Fish and Wildlife Service

Reason #8: Yellowstone elk are less likely to overgraze near rivers and streams—damaging fragile  ecosystems—when wolves are in the neighborhood. 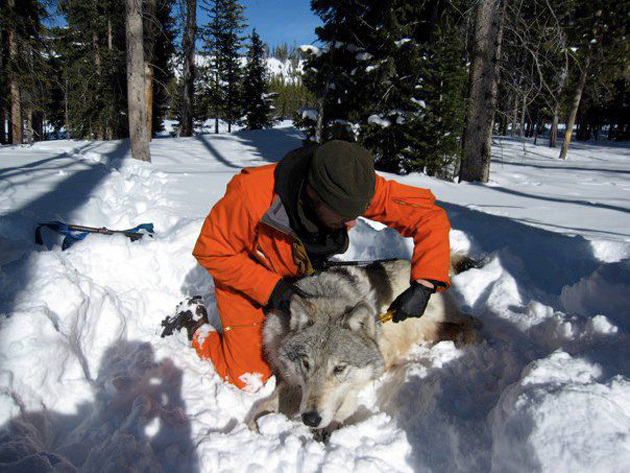 Reason #9: Wolves help protect against climate change. A 2005 UC Berkeley study in Yellowstone concluded that milder winters, a product of climate change, have led to fewer elk deaths. This left scavengers like coyotes and ravens scrambling for food, but the problem was far less pervasive in areas where wolves were around to hunt elk. 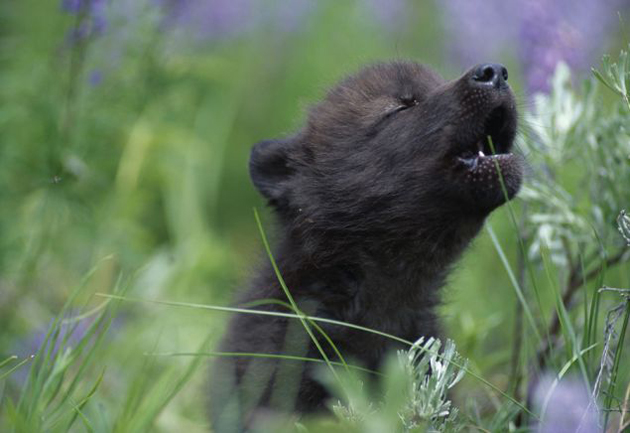 Reason #10: Wolf tourism is an economic boon (PDF). Restoration of wolves in Yellowstone has cost about $30 million, but it’s brought in $35.5 million annual net benefit to the area surrounding the park. Photo shows a Yellowstone Wolf Project biologist securing a VHF (very high frequency) tracking collar on a sedated wolf.

Thanks to Defenders of Wildlife and Norman A. Bishop for their help with this slideshow.