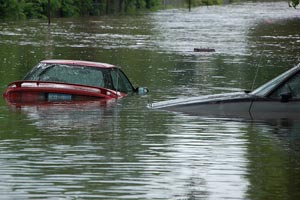 It’s been a rough year for the the Intergovernmental Panel on Climate Change, the international body responsible for assessing the latest science on global warming. The group has faced criticism—some fair, some much less so—from all sides.

First there was the release ahead of last year’s climate negotiations of more than 1,000 emails between climate scientists—many of them involved in writing the IPCC’s reports—that climate doubters excerpted and cherry-picked in order to smear the entirety of the group’s work. And in January, a few errors were spotted in the IPCC’s 2007 report—most notably, scientists significantly overestimated the speed at which the Himalayan glaciers are melting. They were relatively minor errors in the 1,000 pages of the last assessment, but were spun into an all-out war on the IPCC’s work.

The criticism did, however, lead to some overhauls at the panel, and IPCC vice chairman Jean-Pascal van Ypersele, a professor of climatology and environmental sciences at the Université catholique de Louvain in Belgium, says that the year has improved the body. The panel is now at work on its fifth assessment report, the first part of which is due out in September 2013. I caught up with van Ypersele last week at the Cancun climate talks.

Mother Jones: What’s the current state of climate science? What are the things we’ve learned, and what should we be looking at?

Jean-Pascal van Ypersele: The main conclusion is that the warming of the past century is unequivocal, that most of the warning of the past 50 years is mostly due to an increase of greenhouse gas concentration due to human activities, that the impact will become severe if emissions are not curbed, that elemental solutions exist, and are affordable—both in the adaptation area and mitigation area—all those key messages are more valid than ever. I suspect—and that’s the only thing I can say about the next report—that these key messages are going to be even more reinforced and have even stronger foundations in the next report.

MJ: How do you think the panel has weathered the recent attacks on climate science?

JV: There was a clear error in the Working Group II report last year. This was buried on page 492 of a 1,000-page report, itself the second volume of a three-volume series totaling 3,000 pages. The error has been recognized, maybe not fast enough because we were surprised by the intensity of the attack, but it was recognized, it was acknowledged, and more importantly, the IPCC leadership was aware of the fact that some procedures have not been applied fully for the writing of this particular page. So we worked very hard over the past year to reinforce the application of procedures, to improve them where it was possible, and also to called for an independent review, together with the UN secretary general and the InterAcademy Council. That way, an external body would have a look at some of the claims made about IPCC and the criticism made, and they could make suggestions on how to improve the IPCC working, procedures, governance, etc. They published a report at the end of August, and this was very welcome by the IPCC, because it contained a set of 22 recommendations which we immediately looked at very carefully.

We now have something we didn’t have last year when all of these attacks and criticism came: We have a policy on how to correct errors—or potential errors—if and when they are identified. And of course, we are also working to decrease the probability of that happening again. I’m confident, actually, that the next report will be the best ever, with all the steps we’ve taken to improve the IPCC procedures.

MJ: Do you think the past year damaged the public image of the IPCC?

JV: My personal assessment is that some damage was done on the spot during the few weeks and months of that heavy campaign of criticism. But since then, we’ve had a number of other institutions looking at climate science and the way the IPCC assesses the science. And if you stand back and look at the message of all those reports done independently of IPCC, they all confirm that the key messages of IPCC are absolutely valid. If you stand back, you could say that we are richer, that we are on even more solid foundation at the end of this year than we were at the beginning. There has been criticism, and I believe that criticism is useful. If you do not have that criticism, you cannot evolve, you cannot progress.

MJ: A year ago, we not only had the attacks on IPCC but the stolen emails of climate scientists, which also fueled skepticism about the science. How much damage do you think that has done?

JV: There’s certainly been some immediate damage. But many of the comments I just made on the IPCC can be applied to that as well. There have been many reports that were touching on some elements raised in those stolen emails. And all those reports have finally helped to confirm that the basic elements on which the assessments of the IPCC rely are solid. It doesn’t mean that climate science cannot also improve some aspects of its way of working. Of course, everybody can be improved.

MJ: What is the role of scientists in pushing back against this skepticism and the ongoing anti-science campaign?

JV: The results of all the scientific analysis are almost all going in the same direction. I think if scientists remain calm, stick with science, and explain, and re-explain, if needed, the basis for their conclusions, at some point their honesty will go through any cloud of other arguments that some are trying to put in between them and the public.

MJ: Is it surprising that we’re still having some of the same basic arguments, that people are arguing against the very fact that the planet is even warming?

JV: The fact that warming is happening is probably the only conclusion about which the IPCC didn’t even have an uncertainty qualification. It said warming—and it means warming in a century timescale—is unequivocal. It’s not “very likely” or “virtually certain” or all that vocabulary. It’s “unequivocal,” because the range of information that supports this statement is so large. It’s not only temperature measurement. It’s glacial melting. It’s ecosystems changing their behavior in accordance with the melting. It’s sea levels increasing. It’s sea ice retreating in the Arctic. So the variety of pieces of evidence is so large. The fact that it’s warming is really almost impossible to dismiss.

MJ: And yet some people want to focus on that question still, rather than moving on to all the other questions and uncertainties that we actually do need to understand more about.

JV: There are always people who don’t look at the facts, but ultimately the facts will be so visible for everyone that you will not need scientists anymore to point to the facts. The problem is that if we were only waiting for that, we would lose a key capacity of human civilization. If we were just waiting to see what happens if sea level increases by one meter and what will be the effect of that in New York, or London, or Dar es Salaam, or Calcutta, it will be a shame, since scientists studying that kind of phenomenon have alerted the international community for such a long time that this is coming. Thanks to the research activities of scientists, we are able to know something before it happens. The facts will become clearer and clearer, but we should not just be happy with that and wait for that.