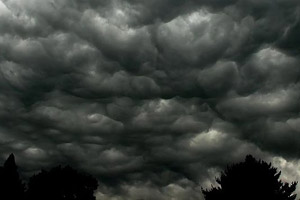 The cap-and-trade bill may have stalled in Congress, but its opponents aren’t taking it easy. They’ve launched a new assault on the Environmental Protection Agency (EPA)—hoping to neutralize the only legal weapon the Obama administration has to curb carbon emissions if the climate legislation fails.

Last month the EPA determined that greenhouse gases are a threat to human health, meaning that the agency is now required by the Clean Air Act to regulate such pollutants. And with no-one sure when the Senate will take up the cap-and-trade bill, EPA regulation has become a do-or-die issue for both camps in the climate fight. Advocates of climate action see it as the lone tool—albeit an imperfect one—that the Obama administration can use to implement significant emissions reductions in the absence of legislation. Foes, meanwhile, decry it as a back-door maneuver that must be stopped at all costs.

In Congress, Alaska Republican Sen. Lisa Murkowski has emerged as the leading—and most canny—threat to the EPA. Unlike many of her GOP colleagues, Murkowski acknowledges that emissions from human activity are warming the planet and must be reduced. (That her state is warming faster than most provides a good reason for her to be concerned.) And she’s couching her attacks on the EPA in an argument that resonates with some Democrats and environmentalists: Legislation is a more effective way to address emissions, so the agency should back off to give Congress time to pass a law.

Murkowski spokesman Robert Dillon tells Mother Jones that the senator is considering a number of possible options to prevent the EPA from writing new rules on emissions in the coming months. The most likely is an amendment that would block the agency’s ability to regulate greenhouse gases. A proposal Murkowski offered last fall—written with help from an energy lobbyist and a former Bush EPA official—would have prevented the agency from regulating stationary sources of emissions (like power plants, refineries, and manufacturers) for one year. That measure never came up for a vote. Dillon says the senator could introduce a similar amendment to an unrelated bill dealing with the debt ceiling that’s due to be considered next week. Speaking at an event on Thursday, Senate Majority Leader Harry Reid (D-Nev.) said Murkowski’s proposed amendment would be “an embarrassment for the United States” and vowed to “work very hard to defeat it next week.”

But Murkowski is also mulling more obscure procedural maneuvers—including a rarely used “resolution of disapproval,” according to Dillon. This sort of bill—which is not susceptible to a filibuster and requires only 51 votes—enables Congress to overturn regulations set by the executive branch. “We are confident that 51 is a threshold we can pass,” says Dillon, noting that Murkowski already has 34 GOP supporters and that her office has also been in talks with Senate Democrats.

Senate supporters of climate action say Murkowski could obtain the votes of moderate Democrats from coal, oil, and manufacturing states. However, a resolution would still need to be approved by the House and signed by the president—both long shots, to put it mildly. “I think we’re a little worried about [Murkowski’s resolution] winning. I’m not sure we’re worried about it becoming law,” a Senate Democratic staffer says.

Murkowski has one more strategy up her sleeve: offering up the Democrats’ own climate legislation for a vote as an amendment to the debt ceiling legislation. This move wouldn’t have any bearing on the EPA—the only point would be to embarrass Democrats by demonstrating the lack of support for the Kerry-Boxer cap-and-trade bill. “The thought was, let’s just give them a vote and see what happens,” Dillon explains. (He adds that this option isn’t at the top of Murkowski’s list.)

Environmental advocates once saw Murkowski as one of the few Republicans who might support a cap-and-trade bill. But her anti-EPA machinations have them wondering whether she is simply a savvier type of obstructionist than her GOP colleagues. Murkowski, who is up for re-election this year, hails from an oil and gas state, and throughout her career has received more funding from electric utilities than any other industry. Even more telling, despite her promising comments on climate change in the past, she has voted against previous bipartisan bills to curb carbon emissions in 2003 and 2005 (and did not vote on the 2008 bill), and has opposed the Kerry-Boxer cap-and-trade legislation put forward this year.

Murkowski clearly has climate advocates worried. A coalition of 37 environmental, science and public health organizations wrote a letter to senators condemning her proposed amendment restricting EPA action. The 12 Democrats on the Environment and Public Works Committee, which has primary oversight over the EPA and climate legislation, issued a similarly critical statement this week. Yet one Democratic staffer argues that Murkowski’s ploy to kneecap the EPA could backfire. “This is the administrators’ determination, based on the science, that public health and welfare are affected by global warming pollution, and Murkowski’s going to step in and say ‘Nope, you don’t have that authority?'” said the staffer. “That’s a gift to us if she really proceeds with that.”

One thing is certain: The EPA has moved to front and center in the climate battle. Even if Sen. Reid sticks to his plan of moving the cap-and-trade bill forward this spring, it’s become increasingly clear that a solid bloc of Democrats won’t back the bill: An aide working closely on the legislation estimated that at least five or six Democrats will vote “no.” To regulate or not to regulate—that’s now the looming question.