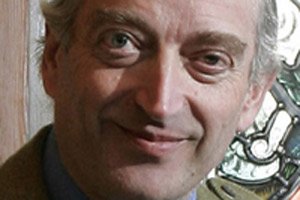 Lord Christopher Walter Monckton, the Third Viscount Monckton of Brenchley, lends an air of nobility to the ignoble job of confusing the facts about climate change. A self-described former special adviser to Margaret Thatcher on matters ranging from hydrogeology to epidemiology, he has more recently devoted himself to climatology. During a whistle-stop tour of the former colonies this year, the grandiloquent Cambridge classics major addressed a Friends of America rally in West Virginia alongside Ted Nugent and Sean Hannity, visited Canada on a speaking engagement titled Apocalypse? No!, and warned a House Ways and Means subcommittee that regulating carbon dioxide—”a harmless and beneficial trace gas”—will create “fiscal incontinence.”

In 2006, Monckton, who declined to comment for this story, burst onto the climate denial scene with a story in the Sunday Telegraph claiming that “politicians, scientists and bureaucrats contrived a threat of Biblical floods, droughts, plagues, and extinctions worthier of St. John the Divine than of science.” It received so many hits that the paper’s website crashed. Since then, the tweedy personage has been embraced by cranks on both sides of the Atlantic. The Heartland Institute sent him to crash the 2007 UN climate talks in Bali and featured him at its renegade climate change conference in June. He is chief policy adviser to the Virginia-based Science and Public Policy Institute, a warren of climate skeptics whose most notable victory was identifying a mislabeled illustration in The Down to Earth Guide to Global Warming, a children’s book.

The so-called Climategate scandal has sent Monckton into overdrive. Late last month, he penned “Climategate: Caught Green Handed!,” a 43-page screed, published by SPPI, that purports to offer “the cold facts about the hot topic of global temperature change after the Climategate scandal.” He also appeared on conspiracy theorist Alex Jones’ show to say that Al Gore and climate scientists should be arrested and the United Nations shuttered, lest the global warming movement create a one-world government run by those “who do not care how many people they kill with their policies.”

Monckton’s fame is eclipsed only by the size of his fibs. Though he has told two senators that he’s a “member” of the House of Lords; he’s not. He stood for election in 2007 and got no votes. In an open letter to Sen. John McCain (R-Ariz.), he claimed to have been named a Nobel Peace Laureate for correcting the work of the Intergovernmental Panel on Climate Change, which was awarded the Nobel in 2007. Needless to say, he does not have a Nobel. And less glamorous, Guardian reporter George Monbiot busted Monckton for editing his own Wikipedia page to falsely claim that he’d received an $80,000 libel settlement from the newspaper.

Click here for the next member of the dirty dozen.