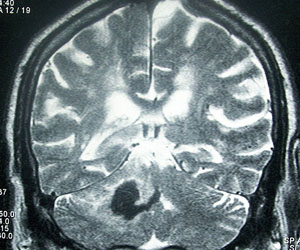 In May 2006, medical regulators in Denmark issued a warning that signaled trouble for General Electric. Danish researchers noted that, over a four-year period, 25 patients in Denmark and Austria had suffered a rare and crippling disease after undergoing an MRI, the scanning procedure used to diagnose everything from brain tumors to blown knees. The patients had been injected with a GE dye that makes images more distinct. They all had weak kidneys before receiving the dye.

The GE product, Omniscan, has since been linked to other cases of the disease, which appears to affect only MRI patients who have kidney problems. Similar drugs made by Bayer and others have also been tied to the sometimes fatal ailment, nephrogenic systemic fibrosis (NSF).

Some regulators and researchers in the U.S. and Europe have found that a disproportionate number of NSF cases are associated with GE’s Omniscan. That threatens to create a costly liability mess for the company’s growing $17 billion health-care division, which GE promotes heavily with its “Healthymagination” ad campaign. The company’s diagnostic products generate about $1.8 billion in sales. GE doesn’t provide financial figures on Omniscan.

People with NSF, or relatives of those who have died, have filed more than 400 lawsuits in U.S. federal courts against GE, Bayer and two other makers of similar drugs in the past several years. About 100 cases don’t concern Omniscan. Of the roughly 300 that do involve the GE drug, about 70 percent relate exclusively to Omniscan, according to court records and lawyers on both sides. Bayer HealthCare has some 50 percent of the U.S. market, regulators estimate. GE is next, with about 30 percent.

While GE says it is investigating concerns about Omniscan, the company maintains there is no proof that the drug, known as a contrast agent, causes disease. “NSF is a complex disease with a number of contributing factors,” GE said in a February 2009 position paper. It conceded that a critical ingredient in Omniscan and other agents may be one of those factors, “but not necessarily an essential” factor. Scientists concur that they don’t fully understand how the disease starts, although nearly all cases have involved patients with kidney problems who were injected with MRI contrast agents.

The U.S. Food and Drug Administration has required since May 2007 that makers of contrast agents use a stern “black box” warning cautioning physicians to weigh carefully the benefits and risks for patients with weak kidneys. Screening out people with kidney problems appears to eliminate the danger of NSF. But the FDA has not said that GE’s product is any more problematic than those of its competitors. The agency reached that conclusion even after two of its staff doctors — in findings disclosed here for the first time — determined that Omniscan is riskier than its rivals. GE had urged the FDA to treat all of the agents as equally risky.

Now one of the nation’s leading imaging-safety experts, Dr. Emanuel Kanal, a professor at the University of Pittsburgh Medical Center, says the FDA’s decision to lump all contrast agents together is “inappropriate and indefensible.” Kanal warns that the government’s position potentially “endangers American citizens.” The FDA, while defending its stance, says it will meet with Kanal to look at fresh data. (Kanal isn’t working for any of the parties in the lawsuits.)

A spokesman for GE Healthcare, Ryan Fitzgerald, declined to comment specifically on the litigation or the FDA’s position on contrast agents. GE is “confident” in its “legal positions,” he added. On its corporate Web site, the company says Omniscan is superior to rival contrast agents because its “low viscosity” makes it easier to inject.

(GE Healthcare issued a response on Oct. 16, in which it said this story “unfairly characterizes GE’s relationships with its customers.”)

The companies that have been sued deny liability. In recent months, Bayer HealthCare has settled more than 100 cases related to its contrast agent, Magnevist, according to lawyers and court records. The terms have been kept confidential. Plaintiffs in the GE cases have not formally specified the total damages they are seeking. Their lawyers calculate a potential mass resolution could cost the conglomerate $1 billion. GE called the figure “a speculative and self-interested claim that is not supported by the facts.”

Some prominent physicians applaud the company’s efforts to cooperate. Dr. Jeffrey C. Weinreb is a Yale School of Medicine professor of diagnostic radiology who has consulted with GE. “As far as I can tell,” he says, the company “made a good-faith effort to provide relevant information” to medical professionals about Omniscan and the incidence of NSF. But Yale-New Haven Hospital, where Weinreb practices, has had several NSF patients die in recent years, he adds, and decided “to play it safe” and stop buying Omniscan in late 2006.

Omniscan and comparable products contain the potentially toxic metal gadolinium. During MRIs, the metal helps physicians see the brain and other parts of the body. Healthy kidneys filter out gadolinium. But patients with severely impaired kidneys can become victims of NSF, according to the FDA.

NSF starts with painful swelling in the legs and arms. It progresses to lesions in the skin and connective tissues, and it can attack organs, causing death. So far, there is no cure.

GE got into the contrast-agent business in 2004, when it acquired Amersham, a British maker of scanning drugs. About a week after the Danish Medicines Agency issued its international alert, GE Healthcare sent a letter to physicians acknowledging the Danish findings but stressing that the company was committed to keeping patients safe and informed. GE noted that Omniscan had been used 30 million times since its introduction in 1993. A “causal relationship” between NSF and gadolinium-based contrast agents “has not been established,” the company said.

By early 2007, however, regulators across Europe and in Japan were scrutinizing contrast agents. Omniscan appeared to be linked with more reported cases of NSF than its market share would have predicted, some regulators found. That March, the American College of Radiology, the professional group for doctors who administer imaging scans, issued guidance that Omniscan posed a greater risk than rival products.

The radiologists’ warning contributed to decisions by several large hospitals in New York, Pennsylvania, and elsewhere to stop buying Omniscan. GE responded to the marketing challenge by making it easier for hospitals to receive financial incentives if they continued to purchase some Omniscan, according to court records and hospital executives.

Dissent within the FDA

In March 2007, GE published a position paper arguing that its diligence in encouraging reporting of NSF cases had created a “probable bias” in data showing the relatively large number of Omniscan-associated illnesses, compared with those involving competitors’ products. The paper cast the NSF problem as possibly relating to the entire class of gadolinium agents. Omniscan and competing agents should be avoided, GE said, “unless the benefit clearly outweighs the risks.”

The FDA, meanwhile, was receiving an increasing number of reports of NSF, records show. In 2007 two agency doctors raised concerns about Omniscan. The FDA assigned Dr. Melanie Blank, a kidney specialist, to review the safety of all contrast agents. Blank’s report concluded that an “undeniable and strong association” existed between contrast agents containing gadolinium and NSF. In an interview, she said she found that medical and sales data indicated Omniscan “had most of the cases and less of a share of the market, so I believed Omniscan was the worst player.”

Another FDA staff member, Dr. Louis Marzella, did a separate review of Omniscan. In an April 6, 2007, report, Marzella said “a contraindication for Omniscan is warranted” for patients with severe kidney disease. A contraindication has the effect of banning certain uses of a drug, regardless of the possible benefits.

GE repeatedly provided information on Omniscan to the FDA, as drug manufacturers routinely do. GE officials “knew we knew most of the cases were with them,” Blank says.

In May 2007, the FDA ordered makers of all contrast agents to change their labels and highlight, in a prominent black box, the risks of NSF. The agency did not contraindicate the drugs for any patient. The FDA news release on the labeling change listed Omniscan as the drug most frequently associated with NSF cases, followed by Bayer’s Magnevist. The agency didn’t provide actual numbers of cases.

R. Dwaine Rieves, as head of the FDA’s imaging division, was ultimately responsible for the decision to issue an across-the-board warning. He says he was influenced by an April 19 meeting at which senior FDA officials questioned the adequacy of data associating NSF with Omniscan. “What entered into our decision,” he says, “was a very limited database.”

After the FDA issued its blanket warning, GE reinstated requirements that customers purchase certain minimum amounts of Omniscan in order to receive financial incentives, according to Kathryn E. Goldstein, a spokeswoman for Novation, a purchasing organization for 25,000 health-care providers. Kanal, the Pittsburgh medical professor, says he confronted GE managers over what he considered their “inappropriate” decision to induce customers to buy Omniscan. Fitzgerald, the GE spokesman, confirmed the switch in financial incentives but declined to address Kanal’s criticism.

Kanal, who heads a blue-ribbon panel on magnetic resonance safety for the American College of Radiology, says he is pressing the FDA to analyze a public database created by plaintiffs and manufacturers in the NSF litigation, among other new information. The FDA’s Rieves has agreed to meet with Kanal on Oct. 20 and says he is receptive to new data: “We want to see it.”