Image by Flikr user <a href="http://www.flickr.com/photos/nattu/">nattu</a>

If you’ve worked on a political campaign, you can imagine what our office looks like about now. We’ve set up temporary HQ in a few rooms in lower Manhattan, and the pizza boxes are stacked toward the ceiling. Everyone—me especially—is starting to look a little frazzled, and 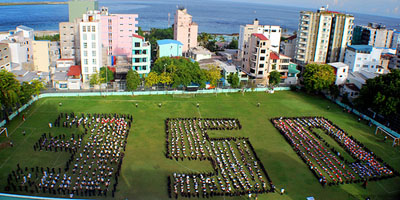 the stereo is increasingly punked out. Loud is good past a certain point of fatigue.

But this campaign is a little different, not quite as desperate. We don’t have to wait till the last minute for the results to come in. We’ve got our little scorecard on the front page of the 350.org website, and lately it’s been telling nothing but good news. Every hour or so the number of actions spikes upward—we went past 4,800 about an hour ago. And the 172nd country just came on board (that would be the Seychelles Islands). Already, by a huge margin, this will be the most widespread political action in the planet’s history. (The closest competitor we’ve found: 120 nations participating in the Stand Up Against Poverty campaign).

I’m bragging of course—some of this is just pure organizer ego. Mostly, though, I’m excited for two reasons. One, we’ve proved that science isn’t too complicated for people to understand. If you’d asked, 18 months ago, Can you get the world to rally around an arcane point of scientific data, I think most of the betting would have been: No. We went with it because we needed a target to hold our leaders to, and because we needed something that would cross linguistic boundaries. Arabic numerals were good for both. 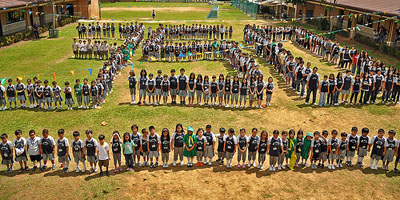 Two, we’ve proved that this is not some affectation of elite white westerners. A lot of our best organizers and most amazing volunteers are from the global south. There will be at least 50 rallies across China, and 150 across India; almost every country in Africa is participating (and we just got an amazing op-ed in from Desmond Tutu, which ran in USA Today). On one level, this should be no surprise—these are the places and people who will be hurt first and worst by climate change. But too many westerners imagine that poverty means you can’t take time to think about your kid’s future. A few days ago, jumping the gun, some fishermen in Mumbai took their small craft out in the harbor and made a giant 350—as the story in the Times of India made clear, they understand all too well that they’re on the firing line.

We have one other great advantage as organizers: Since we’re working across the whole globe, we know already that it’s going to be snowing some places and baking hot in others, that it will pour rain in some spots (including, apparently, Times Square, where we’ll be on Saturday to show images from around the world on the JumboTrons). It doesn’t matter. We’ll have made our point across the planet. We’ll have taken science and made it news—taken reality and pushed it into politics. 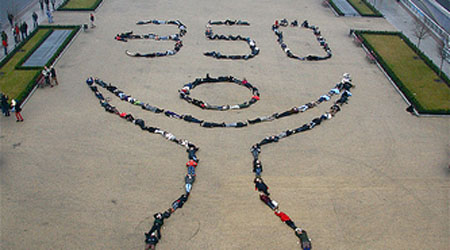 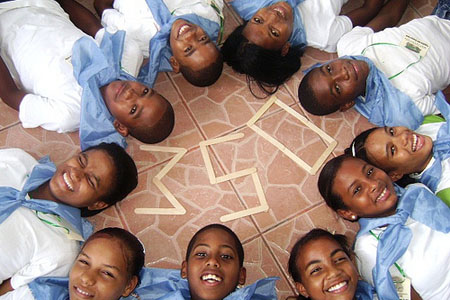