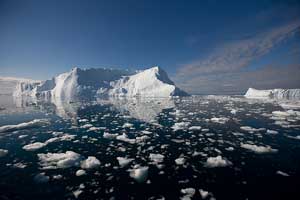 Does cap-and-trade climate change legislation belong on the endangered species list? President Obama wanted to sign a measure before the international climate talks in Copenhagen in December. The House passed the Waxman-Markey bill in June, and Senate majority leader Harry Reid set a firm timetable for the Senate to follow suit. But now the Senate has jettisoned its deadline for the bill, and momentum to quickly pass legislation appears to be vanishing.

The earlier plan was for all six Senate committees with responsibility for writing cap and trade to mark up a bill by September 28—the deadline set by Reid that was already an extension from a previous target of September 10. To meet this goal, Sen. Barbara Boxer (D-Calif.), chair of the Environment and Public Works Committee charged with writing the bulk of the legislation, initially said her panel would produce a bill and vote on it in early August. That didn’t work out, but she promised the legislation would be done right after summer recess.

Now, not only is there still no bill, but talk of a concrete deadline has disappeared entirely. Boxer’s panel will only commit to producing a bill—not voting on it—”later in September,” according to a statement. Reid’s office is even more vague, merely saying that the majority leader “fully expects the Senate to have ample time to consider this comprehensive clean energy and climate legislation before the end of the year.”

“Chairs are very resistant to pointing to any kind of deadline,” explains a senior Senate staffer involved in the process. “They’ve had a series of moving target deadlines that keep slipping and slipping. We’re not talking about any more deadlines.”

A major reason for the delay is, of course, the fracas over health care reform, which is also running behind schedule. The Senate Finance Committee is pivotal in health care negotiations but also claims responsibility for the allocation of pollution permits in cap and trade. Sen. Max Baucus, (D-Mont.) the committee’s chair and the second-ranking Democrat on Boxer’s panel, will play a critical role in the maneuvering over climate legislation. And he doesn’t appear to be in any noticeable hurry. “As far as timing, really the best I can say is after health care,” says the Senate Finance Committee’s spokesman, Dan Virkstis.

Nor is health care the only issue threatening to crowd out cap and trade on the congressional agenda. “Financial services reform is coming up fast on the rail,” says one Senate aide, noting that that could overtake the climate debate and push it back to “October and perhaps November.” The Obama White House has signaled that it is more eager to proceed with financial regulation—an initiative, unlike cap and trade, that doesn’t come with a big price tag.

Environmental groups contacted by Mother Jones maintain that the delay is no cause for panic. “I think there’s still time to get this done by Copenhagen,” says John Coequyt, the Sierra Club’s senior Washington representative. Tony Kreindler of the Environmental Defense Fund points to similarly discouraging moments when the Waxman-Markey bill was inching through the House. “Back then everyone was yelling and screaming about the stimulus and you didn’t hear a whole lot about climate change. But that whole time Waxman and Markey were quite busy under the radar,” he notes. “Then all of a sudden the bill was out of committee.”

Kreindler adds that because Boxer’s committee holds a 12-7 Democratic majority, it could vote out a bill at any time it chose, and argues that the delay is actually an encouraging sign that senators are taking the time to get the details right. That could certainly be part of the explanation. But another consideration is surely the formidable task of crafting legislation that will reduce carbon emissions but can also secure the votes of wavering Democrats in the wider Senate, particularly four centrists who have called for pushing back cap and trade until next year: Byron Dorgan, Kent Conrad, Ben Nelson, and Blanche Lincoln—who just took over the chair of the agriculture committee, which will also contribute to the bill.

Given all that, it’s little wonder that Senate aides from committees that are working on cap and trade aren’t brimming with confidence that a measure will move forward anytime soon. “I don’t think anyone can predict [when a bill will emerge],” says one. “With all the other priorities, folks are wondering if we are ever going to get there.”