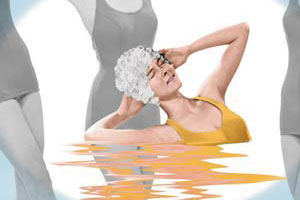 One minute, 32-year-old Jackie Bozicev was headed for the shower. The next, the New Jersey mother of two lay on her bathroom floor, gasping for help. It was a weekday morning in December 2007, and her husband, Rob, 35, was downstairs cooking breakfast. The couple’s two-year-old son, who’d come up to complain that Dad would only dish him out one waffle, saw his mother fall to the floor and go into a seizure. Rushing upstairs, Rob found his wife turning blue.

He called 911 as his seven-month-old daughter cried in her crib nearby. Struggling for calm, he tried to coax his son into another room while fielding questions from the operator: “Does she have food allergies? Is she breathing? Do you know how to do cpr?” Rob pumped her chest. Her breathing resumed. When the emts arrived, they asked more questions, but no one seemed to know what ailed Jackie. Before the ambulance pulled away, Rob saw the medics intubating his wife, a bad sign. By the time he reached the hospital, she was dead.

When an autopsy later revealed that Jackie had died of a blood clot that had migrated from her pelvic area to her lungs, Rob was bewildered. His wife was perfectly healthy. She didn’t smoke, nor did she have any history of clots. The doctors had no answers, so Rob googled his way to what he now believes is the likely culprit: NuvaRing, a flexible plastic contraceptive device that, when inserted vaginally, releases hormones for about three weeks.

A mother dying in front of her toddler? That’s hardly the message of NuvaRing’s sassy marketing, which is all about liberation from the drudgery of daily birth control. Manufacturer Organon—bought in 2007 by Schering-Plough, which is now merging with Merck—promotes the first-of-its-kind contraceptive with magazine ads proclaiming, “Let Freedom Ring.” Its ubiquitous TV spot, a play on Busby Berkeley musicals, features synchronized swimmers posing as birth control pills. “Maybe it’s time to break free from the pack,” the voice-over suggests as the women abandon their repetitive routine.

The company also relies on Facebook ads and a girlfriend-to-girlfriend approach to overcome squeamishness about inserting the ring. It has even bought product placements on Scrubs and other shows. More than a million American women have responded; Jackie started using the ring in May 2007, about a month after the birth of her second child, when her sister raved about its convenience.

Making birth control easier is, of course, a good thing. But for years there have been serious safety questions about the “third generation” hormones used in NuvaRing and several other contraceptives on the market—questions that NuvaRing’s labeling sidesteps by saying that it is “unknown” how the device compares to other hormonal birth control. “Jackie had no indication that this was any more dangerous than any other contraceptive,” says Carmen Scott, a lawyer representing the family in a civil suit against the drugmaker.

While all hormone-based contraceptives increase a woman’s chance of developing blood clots (which also cause strokes), this effect is more common with some than with others. The riskiest ones employ third-generation hormones, like desogestrel. (The ring uses a related compound.) These pills (brands such as Desogen, Mircette, and Cyclessa) were developed in the 1980s to lessen the pill’s minor side effects, like acne and facial hair. Although ineffective at this—a point the fda acknowledges—and no better as birth control, either, the pills remain on the market.

But since at least 1995, research has shown that these newer pills double the blood-clot risk of earlier, “second generation” pills, such as TriNessa and Estrostep. In 2007, the consumer group Public Citizen petitioned the fda to ban third-generation pills. (The feds have taken no action thus far.)

NuvaRing actually contains a lower hormone dose than most oral contraceptives, a fact its ads emphasize. But while birth control pills lose up to half their hormones in the digestive tract, the ring’s dose is absorbed directly into the blood. Its package insert says there are no data on whether this route makes NuvaRing any riskier than taking pills. But that, say lawyers suing the company, is because Organon never studied the question before it marketed the ring. Nor did the fda demand it—the agency based its approval largely on studies involving pills.

Since 2001, when the fda green-lighted NuvaRing, the agency has received reports of at least 300 serious adverse events, including strokes, nonfatal blood clots, and fatalities, says Scott. (The company says it doesn’t keep a tally, but forwards all such reports to the fda.) More than 100 pending lawsuits attribute injuries to the device.

Hans Rekers, Schering-Plough’s deputy chief medical officer for Europe, says the company did study thousands of women using the ring, complied with the fda‘s research requirements, and dutifully reported “thrombotic events” during clinical trials. That research, he says, showed “no indication that [NuvaRing] would be better, no indication that it would be worse,” than pills now on the market.

fda officials did not respond to our repeated inquiries. But in a case involving a different product, the drugmaker Johnson & Johnson discovered that changing the manner of delivery can radically alter a hormone’s effects. From 2002 through 2006, at least 40 women died using its weekly Ortho Evra patch, most from blood clots. In 2006, the fda ordered J&J to mark its packaging with a “black box” warning, which seriously hurt sales. The company had previously claimed, as Schering-Plough now does, that its product delivered a more constant, low dose of hormones, causing fewer side effects. But it turned out patch users were getting 60 percent more estrogen than women taking birth control pills.

Back to NuvaRing: While the company never studied its risks vis-à-vis other contraceptives, two research teams have done so in recent years, measuring blood factors linked to clot formation. A group from Oregon Health & Science University—funded in part by Organon—concluded that switching from the pill to the ring seems to reduce the likelihood of clotting. The other group, which included Frits Rosendaal, an epidemiologist at Leiden University in the Netherlands, tested women rotating between the ring, the patch, and second-generation pills, and reached the opposite conclusion: that NuvaRing appears to be riskier than second-generation pills.

Since Jackie’s death, Rob Bozicev has been doing his best as a single father. His son, now three, attends weekly therapy. “He’s having a hard time,” Rob told me recently, near tears. “He’s up and down.” Whenever his two-year-old sees Jackie’s photo on Rob’s cell phone, she takes the phone and pretends to talk to her.

For his part, Rosendaal has signed Public Citizen’s petition to ban the newer pills; in a January journal article, he and his colleagues also recommended that doctors stop prescribing NuvaRing as a first-choice contraceptive. While the risk of using the ring is low, he explains, “It is not irrelevant, for it is an unnecessary risk.”