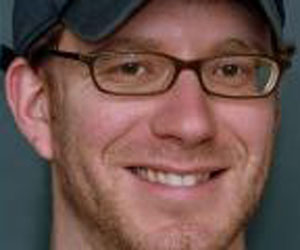 Mother Jones: Do personal efforts even matter in the grand scheme of things?

Chip Giller: I think personal actions definitely matter. I think collectively they can make a big difference. But I also think that people don’t live in a vacuum. You’ve got to start with personal behavior; it’s almost a form of education. And then one becomes more engaged and hopefully will then participate in your community and then encourage change at the federal level. I think it’s kind of a ladder of engagement. I definitely think, collectively, personal actions do matter.

MJ: If people could make one change, what would be the best?

CG: What I try to encourage individuals to do is don’t sweat the small stuff, sweat the big stuff. By that I mean when you’re making a purchasing decision around an appliance or a car or a home, that’s when to take the environment into mind, but don’t dwell so much on paper versus plastic. But if I had to choose a single action I guess I would say stop driving.

MJ: What about green consumerism? Is buying stuff inherently unsustainable?

CG: You shouldn’t buy green for the sake of consuming. There are $250 ecojeans you can buy right now. If you have several pairs of jeans already, just use those. Out of necessity, one needs to occasionally consume, but I’m a little concerned right now that there’s a little bit of a myth arising that we can buy our way to a sustainable future, and I don’t think that’s the case.

MJ: Do you think there’s a green bubble? Is sustainability something that is affordable?

CG: I think it’s definitely something that’s become hip and trendy. When you see the New York Times Style section write about this topic multiple times a month, you know it’s definitely something that’s taken hold with the Hamptons set. But it’s not just about sourcing things green. We need to create a more fair and just society. So often it’s impoverished communities or disadvantaged communities that are most affected by environmental problems. To some extent the victims of Katrina were the first climate refugees that this country’s seen. Green consumerism is happening a little bit within a bubble. But if we’re going to get to a sustainable future, that can’t be the case.

MJ: How soon do we need to make big changes?

CG: I think really within the next 10 years there needs to be really remarkable progress toward a carbon-free economy and almost a new type of industrial revolution, more toward a Cradle to Cradle model, where what are waste outputs in some products become positive inputs in other products—there’s just much less waste created. I think we have about 10 years to take some big strides. Really in 10 years we need to be somewhere toward car-free cities, but in the meantime there are just a lot of small individual steps that folks can be taking.

MJ: I don’t know if you’re familiar with James Hansen’s 350 parts per million number for carbon—do you think that’s too high, too low, too soon?

CG: I’m not a scientist, so I look to people like James Hansen, and he has a pretty damn good track record, so when he says jump…

I hold him in great admiration, likewise Bill McKibben. I think that’s a reasonable target to be aiming for. The changes are happening so much more quickly on the ground than had been anticipated.

MJ: Do you think we’ve passed the point of no return?

CG: I don’t think we’re necessarily screwed, but definitely the clock’s ticking. And the type of change needed is very significant. But who would have thought two years ago we’d be at the point where we are now? Sustainability is becoming so much more part of the mainstream discussion. That’s very heartening to me.

MJ: What’s your opinion on offsets? Could they ever work, or do they just make people feel good?

CG: I think offsets are a first step. It almost indicated a willingness to be taxed on these issues. People are sort of self-imposing a tax. So to me it just suggests there’s a body of people willing to pay extra for a cleaner environment. It’s not really significant progress, and it’s such a small subset of people doing this. And then you do have to sort of scrutinize the claims of the place with which you’re working to offset travel, because different places have different standards.

MJ: What else is it going to take to have a sustainable economy besides reducing carbon emissions?

CG: I think overall, industry needs to be incented to make the right choices. So whether that’s shifting some of the things around in the tax structure, incentives to be treating employees decently—there’s a whole swath of green stuff. It often appears that the Bush administration is using neither the carrot nor the stick to bring industry along on these issues. I think both could be used more effectively.

MJ: Does anyone in politics get it?

CG: I think we’re seeing these issues come up more in this campaign than in any previous ones, though in 2006 some Republicans lost their seats arguably because of their poor environmental records. That’s been a real change for those of use who’ve been tracking these issues for years. To some extent what is the maximum that is possible currently within the political system is so much less than the minimum necessary to address these issues that you know it’s a little bit of a catch-22, i.e., Dennis Kucinich’s campaign didn’t really catch fire this year. That said, we’re seeing people like Gov. Schwarzenegger really taking a stand on these issues and making significant progress. I think AB 32 is some real progress. Our mayor in Seattle has gotten, I think, 500 cities on board with the Kyoto protocol goals and blue-state cities and cities in red states. We have the mayor of Salt Lake City making remarkable progress on these issues. There’s a representative up here from Washington state—his name is Jay Inslee—who put out a recent book on the topic of renewable energy and energy revolution. I think it’s becoming more acceptable to be talking about significant solutions, but you don’t see politicians embracing the goals that Al Gore came out with two weeks ago, which is to be effectively carbon neutral within the next 10 years.

MJ: If you were president, what would be your first move?

CG: I think I would buy some ecojeans. No. I think I would model, using the White House as a kind of laboratory, just how easy it is to make some of these changes around energy. One of the first things that Ronald Reagan did when he took over the White House was to take down the solar panels that Jimmy Carter had had installed up there. And I think now the technology has advanced so much since then. I would just try to model with my own behavior, for example, really making a point that video conferencing rather than flying everywhere is a possibility. On the policy side of things, to try to appoint something like a secretary of climate to indicate that I was really elevating this issue. I would try to give that person a bunch of autonomy to come forth with some really significant recommendations. DC could make some strides to becoming a car-free city. I’d probably need to sleep on it, too.

MJ: Is there somebody we should be listening to but aren’t?

CG: The majority of our audience members are in their 20s and 30s. I really feel like these folks and obviously folks still younger, folks that are going to be most affected by the type of changes we’ll undergo, I don’t really yet hear their voices adequately represented in a lot of the discussions going on. So it’s sort of a grouping of people.

MJ: Is the green-jobs movement overhyped?

CG: I think the work that Van Jones has done is amazing, and it’s so inspiring, and it’s really brought a lot of new people into the discussion. You had Clinton and Obama talking about the stuff. I think it’s not an easy thing to do, and honestly I don’t know if it’s really a net increase of jobs across the country or if it’s more just kind of the type of transformation that the economy just needs to go through and will net out the same number of jobs with more people focused on clean energy. What Van has done is really expand the whole conversation around green, and I think the idea definitely has some legs.

MJ: What does Grist do to be more environmentally friendly?

CG: We, organizationally, within the office, even though our whole office building doesn’t do these things, we compost, we up the notch on recycling, we go out of our way to have a policy for people to unplug their computers, use compact fluorescents in the office, etc. And then by some necessity there is some air travel that happens, but we try to teleconference as much as possible. Some of our employees telecommute. We offset our carbon.

MJ: What do you think it’s going to take to get people to act?

CG: I think to get society to act as a whole, people need inspiration. I also think things like the Katrina tragedy are definitely a wake-up call. To be fully honest, I think it probably will take some more disasters to really get people to understand the urgency behind these issues. But the other really important ingredient is inspiration. It’s almost like leadership and inspiration from the top, and there needs to be individual initiative from the bottom up.