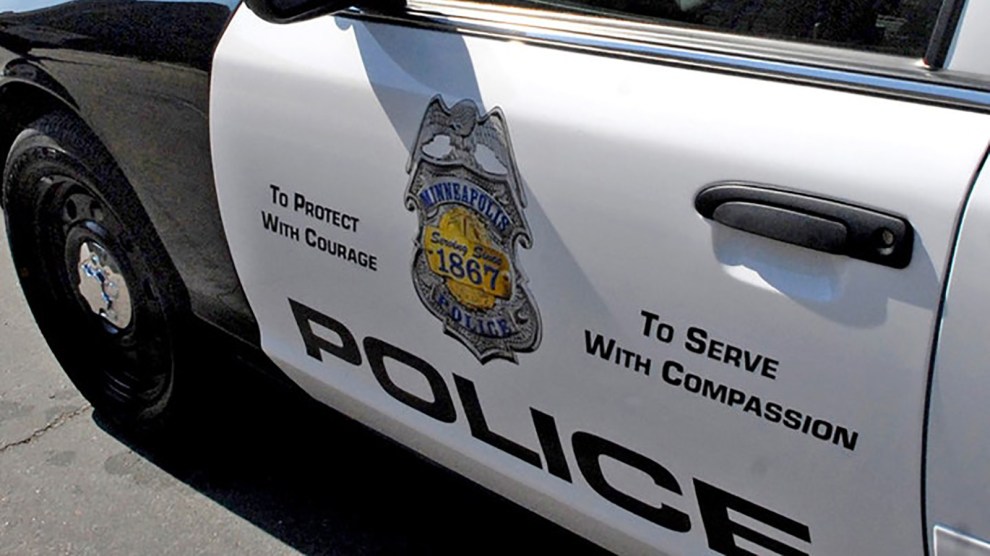 In March, Darnella Frazier, the teenager who filmed a Minneapolis police officer killing George Floyd, became emotional as she testified about how the experience affected her. “When I look at George Floyd, I look at my dad, I look at my brothers, I look at my cousins, my uncles, because they are all Black,” Frazier told the court. “I look at that, and I look at how that could have been one of them.” Her voice cracked as she added that she stayed up some nights apologizing to Floyd, wishing she had done more to help him.

Frazier, 18, is now grappling with another death at the hands of police. On Tuesday, a Minneapolis officer killed her uncle Leneal Lamont Frazier, 40, during a high-speed chase on the city’s north side. The police said they were not pursuing him and accidentally struck his car in the middle of an intersection on a residential road while going after another suspect. A photo showed his wrecked Jeep after it crashed into a tree. “I honestly can’t believe I’m making this post right now…I’m so hurt…nothing feels real,” Darnella Frazier wrote on Facebook afterward.

She added later that the crash may have been a mistake, but she still believed the police were at fault. “Accident or not he’s gone,” she wrote.

“It’s not fair how the police can just go around killing people.”

The Minneapolis Police Department, which, like other police departments, has been known to present inaccurate information after incidents of police violence, says the high-speed chase began on Tuesday morning around 12:30 a.m. According to a department spokesperson, police were pursuing a driver in a stolen vehicle who they believed was connected to several robberies and carjackings. At an intersection in a neighborhood called Camden, an officer’s squad car collided with Leneal Frazier’s Jeep. Frazier was driving to see his girlfriend, according to his daughter, who spoke with a Fox affiliate. He died later at the hospital. The officer who hit him sustained serious but non-life-threatening injuries. The police declined to say who had the right of way, the Washington Post reported.

After hearing the news, Darnella Frazier struggled to process her loss. “I asked my mom several times ‘he died??’. I couldn’t accept what I was hearing and still can’t,” she wrote on Facebook Tuesday. “I’m still in shock and it haven’t fully hit me yet, I broke down in tears…today has been a day full of heartbreak and sadness.”

On Wednesday, she clarified that she did not accuse the officer of taking her uncle’s life intentionally. But she questioned why the police conducted a high-speed chase in an area of the city with many homes. Nationally, the police killed one person a day on average in car crashes between 1996 and 2015, according to data from the Justice Department. “I never said the police killed him on purpose,” she wrote on Facebook. “[B]ut the police made a bad decision by doing a high speed chase on a residential road. That bad decision cost my uncle his life.”

The death comes less than 14 months after Frazier filmed the murder of George Floyd with her cellphone in May 2020. At the time she’d been walking with her nine-year-old cousin to a corner store. Her video, which showed former Officer Derek Chauvin kneeling on Floyd’s neck for minutes after Floyd said he couldn’t breathe, sparked protests around the country and a movement to defund police. Last month Frazier was awarded a special citation by the Pulitzer Prize board for “courageously reporting” on the murder.

On the one-year anniversary of Floyd’s death, Frazier explained she was still struggling to heal from the trauma. “I couldn’t sleep properly for weeks,” she wrote on Facebook in May. She added that after Floyd’s murder, she started having panic and anxiety attacks sometimes after seeing police cars, and that at night she would shake so badly her mom had to rock her to sleep. “A lot of people call me a hero even though I don’t see myself as one,” she wrote. “I was just in the right place at the right time.”

“Everyone talks about the girl who recorded George Floyd’s death,” she added, “but to actually be her is a different story.”

After learning about her uncle’s death, she went to the location of the crash and laid out flowers and candles. Her family is now trying to fundraise money for the funeral. “Uncle I love you,” she wrote on Facebook. She said she wished she’d hugged him longer the last time she was with him. “It’s just hard for me to accept I won’t see you again.”

“It’s not fair how the police can just go around killing people,” she wrote.