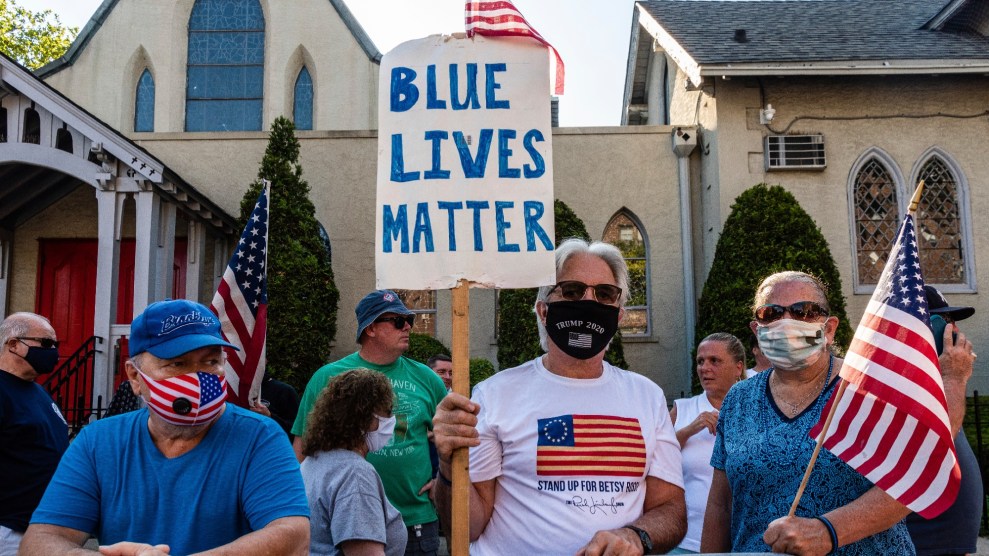 Recently, one of the three Black Republicans serving in Congress, Sen. Tim Scott (R-S.C.) compared white supremacy to “woke” supremacy, using the term as a stand-in for a group of people he doesn’t like: liberals. After being criticized in a Washington Post op-ed by Jonathan Capehart, the senator responded with his own piece, clarifying his comments. “Woke” supremacy was as bad as white supremacy because, according to him, “Woke culture is speeding our country toward ideological and literal segregation.”

Some examples of this literal segregation? The COVID stimulus aid package set aside money for Black farmers after white farmers got 97 percent of agricultural subsidies in 2020, and Columbia University announced it would be holding, per custom, intimate multicultural graduation ceremonies open to all, in addition to the university-wide commencement. Of course, Scott couldn’t point to real examples of how woke culture is hurtling us toward segregation because it’s not true. But he doesn’t need it to be true. The goal is to take a radical message and muddle it enough until it means something like its opposite.

So it goes with any message of social transformation. Wokeness becomes synonymous with oppression itself. Black Lives Matter is spun into “blue lives matter.” “I can’t breathe” is adopted by anti-maskers as their smirking slogan. The mantras and catchwords of movements that challenge the status quo are co-opted by reactionaries who want to quash those efforts. They’re flipped on their head, turned inside out, repurposed to sneer at the people they were meant to rally, and generally made to seem comical and ridiculous—a rhetorical minstrel act, essentially, whose theme is the old American standby that there’s no greater racist than the anti-racist, no greatest tyrant than the slave who wants to be free.

Once upon a time, the notion of wakefulness would not have conjured up images of politicians complaining about college students. During the 1860 presidential election, young voters organized themselves as Wide Awakes, many of them in opposition to the spread of slavery. Those against the youth movement called themselves Chloroformers—they would put the Wide Awakes to sleep. In the 20th century, the idea of staying woke was popularized by activists who wanted people to remain ever vigilant of the threats posed by America’s racial hierarchy. By 2008, Erykah Badu in her song “Master Teacher” was crooning, “I have longed to stay awake / A beautiful world I’m trying to find,” returning again and again to the refrain of “I stay woke.”

But now a sitting senator uses the word to demean liberals he doesn’t like. Republicans refer to Black people calling out injustice as a “woke mob.” An outgoing conservative opinion editor and writer at the New York Times, practically dispensing with the code altogether, speaks of a “civil war” at the newspaper pitting older staffers against “the (mostly young) wokes.”

Perhaps no phrase has undergone this type of distortion more prominently than the phrase “Black Lives Matter.” After George Zimmerman was acquitted in 2013 of shooting and killing 17-year-old Trayvon Martin in Florida the year before, activists Patrisse Cullors, Alicia Garza, and Opal came up with the rallying cry. It wasn’t long before protesters began chanting “Black Lives Matter” and holding up “Black Lives Matter” signs at protests for the endless list of Black lives cut short by violence. Racist whites quickly came up with a retort: “All lives matter.”

The “all lives matter” rhetoric was just the beginning of the co-optation. Today, at any right-wing gathering, you can find supporters of the “blue lives matter” cause (supposedly in support of police officers) and “babies’ lives matter” (for the anti-abortion movement).

As Black Lives Matter was met with all lives matter and blue lives matter, it became increasingly clear that these phrases weren’t really about equality or even about law enforcement—as demonstrated by the January 6 Capitol siege in which insurrectionists assaulted cops with pro-police flags. They were about reminding Black people of their place in society.

In 2015 New York City police officer Daniel Pantaleo put Eric Garner, a Black man, in a chokehold on a city sidewalk. As Garner died that day he repeatedly told Pantaleo, “I can’t breathe.” The short but evocative sentence became a byword for the police brutality Black and Brown people face across the country. Five years later, with white Minneapolis police officer Derek Chauvin kneeling on his neck, George Floyd said the same thing.

By the time Floyd was killed, the coronavirus pandemic had already begun. At the same time that Floyd’s death was sparking a nationwide protest movement, public health officials were pleading with the public to wear masks—the simplest way to slow the spread of the deadly virus. Masks immediately became another flashpoint in the culture wars, and it wasn’t long before the anti-maskers were appropriating the language of the movement in the streets. They, too, declared that they couldn’t breathe.

For a privileged suburbanite to draw on the dying words of George Floyd and Eric Garner while throwing a temper tantrum outside a grocery store in protest of public health measures is to render the whole issue completely unserious. It equates the scourge of police brutality in communities of color with the minor inconvenience of wearing a piece of fabric on your face. And isn’t that the goal? To make Black struggle seem minuscule, to the point of non-existence? To make a joke of it?

Chauvin has been charged with second-degree murder, third-degree murder, and second-degree manslaughter. His trial starts today. When jury selection began, potential jurors were asked questions about their feelings on Black Lives Matter, law enforcement, defunding the police, and the criminal justice system. Both the prosecution and the defense were looking for jurors who could be impartial or neutral—meaning the state didn’t want anyone who opposed Black Lives Matter, and Chauvin’s lawyers preferred people who generally supported police.

“Attorneys in Derek Chauvin trial home in on key juror question: Black or Blue Lives matter?” as one obtuse NBC News headline put it. The racial justice movement was now being equated with its racist backlash. Once again, the minstrel act had done its job.