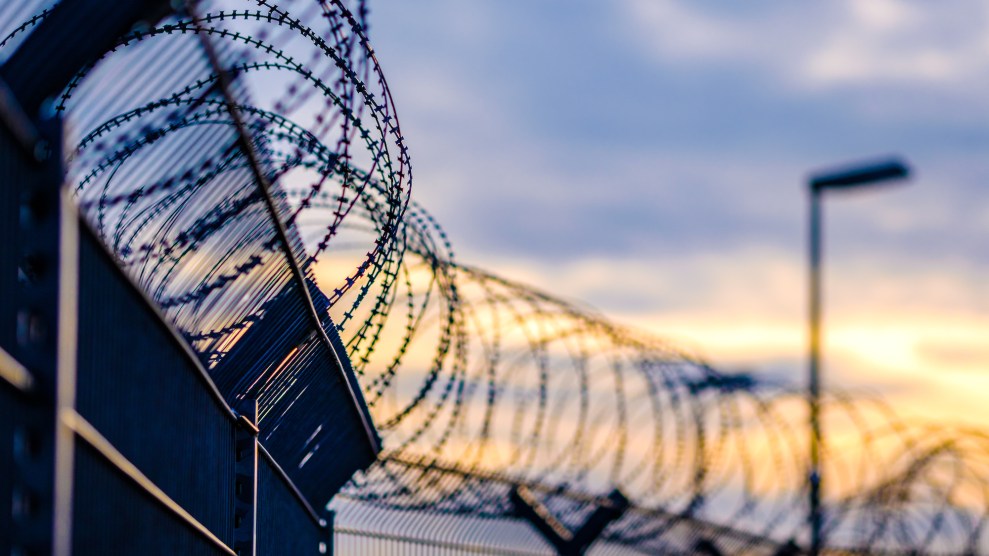 For four years, the Trump administration embraced private prisons, signing contracts with corporations to incarcerate detainees, immigrants, and people serving federal sentences. Now, that era is coming to a close as President Joe Biden signs an executive order Tuesday afternoon instructing the Department of Justice to allow its contracts with for-profit prison companies to expire.

The executive order “will ultimately end the Justice Department’s use of private prisons, an industry that houses pretrial detainees and federal prisoners,” Biden said Tuesday in a speech on his racial equity policy agenda.  The decision means the gradual end for a dozen private prisons that currently incarcerate about 14,000 people—about 9 percent of the federal prison population. Most of those are men without US citizenship serving short federal sentences under low security. It could also affect for-profit jails run by private prison companies under contract with US Marshals Service, a DOJ division that holds pretrial detainees.

“Private prisons profiteer off of federal prisoners and are proven to be—or are found to be by the Department of Justice Inspector General— to be less safe for correctional officers and for prisoners,” domestic policy advisor Susan Rice said at a White House briefing today. “President Biden is committed to reducing mass incarceration while making our communities safer. That starts with ending federal government’s reliance on private prisons.”

The order will restore a policy first implemented under President Barack Obama, when then-Deputy Attorney General Sally Yates released a memo announcing that the Justice Department would phase out its contracts with private prison companies to lock up people convicted of federal crimes—responding both to a declining federal prison population and to a damning Office of the Inspector General report showing that federal prisons run by for-profit companies were more violent and less secure than publicly operated ones. But before the change could have much effect, Trump won the presidency and Attorney General Jeff Sessions swiftly reversed the policy, kicking off a new era of growth for private prison companies fueled largely by federal contacts.

Biden’s executive order will have major implications for the private prison industry’s top players, including the GEO Group, Management and Training Corporation, and CoreCivic, formerly known as the Corrections Corporation of America. In 2019, Bureau of Prisons and Marshals Service contracts accounted for about 23 percent of the GEO Group’s revenue, and 22 percent of CoreCivic’s revenue. Stocks for CoreCivic and GEO fell 18 percent and 12 percent respectively following the news of the executive order on Tuesday.

Yet today’s order is a sign of the Democratic Party’s decisive shift against private prisons over the last several years. Public outcry against private prisons intensified during the Trump administration, as outrage over hardline immigration policies, including family separation, drew attention to ICE’s detention apparatus and the corporations that profited from it. In 2019, under pressure from activists, major US banks announced they would no longer finance the private prison industry. Meanwhile, states have been weighing and passing their own private prison bans.

Silky Shah, the executive director of the Detention Watch Network, welcomed the new policy while calling for a renewed focus on ending private immigration detention. “We are encouraged that the Biden administration’s Department of Justice is prioritizing phasing out the use of private prisons—a decision that was made too late in the Obama administration and was immediately reversed by Trump,” she said in a statement. “The Biden administration must now address the private prison industry’s toxic relationship with the Department of Homeland Security.”