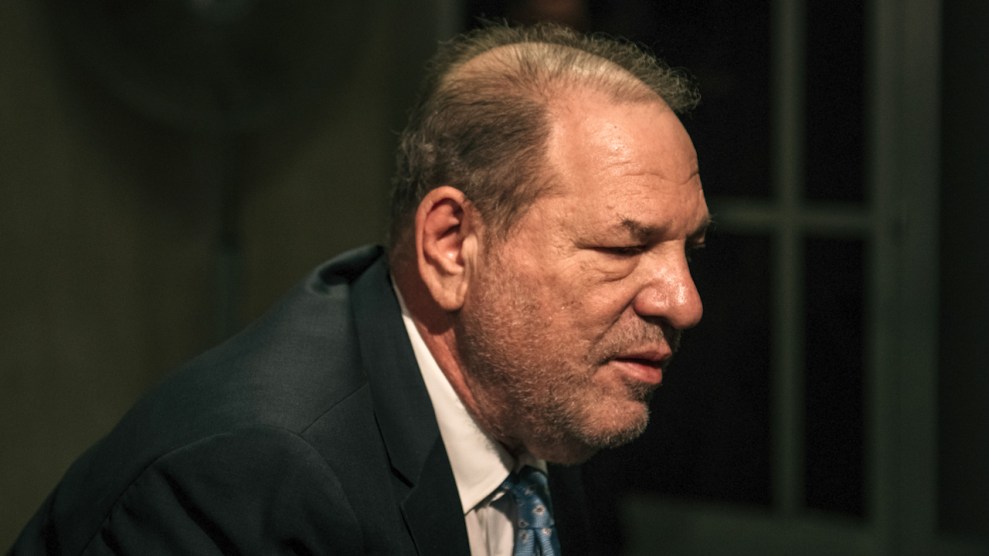 On Monday morning, after five days of deliberations, a New York City jury of seven women and five men has found Harvey Weinstein guilty of a criminal sexual act in the first degree and rape in the third degree. Both charges are felonies, the most serious of which could put Weinstein in prison for 25 years.

Weinstein, 67, was acquitted of the most serious charges, two counts of predatory sexual assault. Weinstein was ordered immediately to jail to await sentencing, which is scheduled for March 11.

The verdict represents the first criminal conviction of a man accused during the MeToo movement, which was jumpstarted in October 2017 by accusations that the powerful movie producer had sexually assaulted and harassed many women over several decades. Since then, more than 100 women have come forward to accuse Weinstein of sexual misconduct. From those scores of accusers, Manhattan prosecutors decided that two had cases that could be charged as crimes under New York law.

In a press conference following the announcement of the verdict, Manhattan District Attorney Cy Vance thanked Weinstein’s accusers, saying, “I owe, and we all owe, an immense debt to you, who had the courage beyond measure to speak your story to the world to this courtroom at great personal risk and in great personal pain.”

One woman, an aspiring actor from Washington state who was not named before trial, testified that the film mogul raped her in a midtown Manhattan hotel in 2013. Prosecutors charged Weinstein with first- and third-degree rape stemming from that incident; he was convicted of third-degree rape, indicating that the jury found that Weinstein had lacked consent but did not used physical force.

Although rape can occur within the context of a relationship, such as an abusive marriage, the case had been seen as challenging to prosecute because the woman continued to have a consensual romantic relationship with Weinstein for years afterward, something the defense team jumped on in its cross-examination. At one point the aggressive questioning prompted the woman to have a breakdown on the stand.

The conviction is a rebuttal to the narrative offered by Weinstein’s defense team, who sought to portray the woman as a manipulator who used her association with the producer to benefit her career.

The other woman whose testimony formed the basis for criminal charges was Miriam Haley, a former Project Runway production assistant who testified that Weinstein had lunged at her, backed her into a bedroom, and forcibly performed oral sex on her in his Manhattan apartment in 2006. Like the first alleged victim, Haley continued to have a professional relationship with Weinstein, though she testified that he assaulted her again.

To establish a pattern of Weinstein’s “prior bad acts,” prosecutors brought in three additional accusers who took the stand to testify that Weinstein had sexually assaulted them. And to support the predatory sexual assault charges, prosecutors called Sopranos actor Annabella Sciorra to testify that Weinstein had barged into her apartment and raped her in the mid-1990s. (The statute of limitations for that alleged assault has expired.) On Friday, the jury sent a note to Judge James Burke asking if it was permissible for them to be hung on the two counts of predatory sexual assault but still reach a unanimous verdict on the remaining charges. The judge sent them back and asked them to continue deliberating.

Weinstein still faces a second trial in California where he is charged with forcible rape, forcible oral copulation, sexual penetration by use of force and sexual battery by restraint. If convicted, those charges could result in a prison sentence of 28 years.