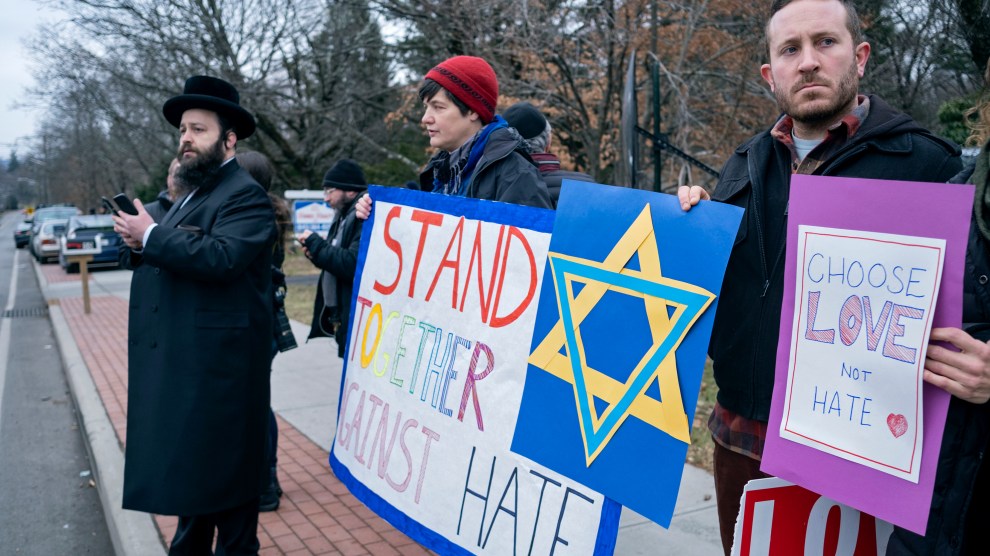 Federal prosecutors have filed hate crime charges against the man accused of breaking into a New York rabbi’s home with a machete over the weekend and wounding five people who had gone there to celebrate Hanukkah.

After the rampage, which Gov. Andrew Cuomo called an act of domestic terrorism, family members of the suspect, Grafton E. Thomas, said he had no history of anti-Semitism and blamed the incident on mental illness. But in a criminal complaint filed Monday, federal prosecutors point to handwritten journals found by the FBI at Thomas’ home that allegedly contain anti-Semitic comments, including references to Adolf Hitler and “Nazi culture” alongside the star of David and a swastika. In another comment, he asked “why [people] mourned for anti-Semitism when there is Semitic genocide.”

FBI investigators also examined Thomas’ cellphone and internet history, according to the complaint. In online searches, he allegedly asked, “Why did Hitler hate Jews.” He also allegedly looked online for “German Jewish temples near me” and Zionist temples in New Jersey and Staten Island.

The complaint accuses Thomas of breaking into the rabbi’s home in Monsey, New York, on the night of December 28 as dozens of people from a synagogue gathered to light candles for the seventh night of Hanukkah. “No one is leaving,” he said as he entered, his faced covered by a scarf, before taking out his machete. Five people sustained serious injuries, including slash wounds, a severed finger, and a skull fracture, according to the complaint filed in Manhattan by the US Attorney’s Office for the Southern District of New York.

The hate crime charges include five counts of obstructing the free exercise of religion in an attempt to kill. State prosecutors have separately charged him with murder and burglary. On December 29, he pleaded not guilty to those charges. “We believe the actions of which he is accused, if committed by him, tragically reflect profound mental illness,” his attorney Michael Sussman said in a statement.

The attack is the 13th anti-Semitic incident in three weeks in New York, according to Gov. Andrew M. Cuomo. On December 10, four people were fatally shot in a Jersey City kosher grocery store by two gunmen.

Read the full complaint below: