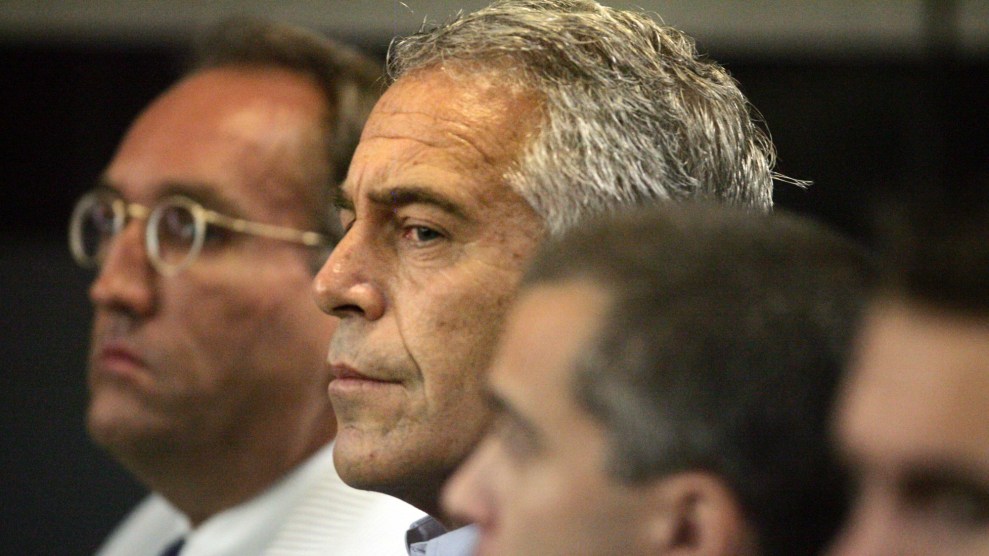 The unexpected death of Jeffrey Epstein on Saturday produced an outpouring of shock, conspiracy theories, and the announcement of at least two federal investigations into his apparent suicide in a Manhattan jail cell. “Mr. Epstein’s death,” Attorney General William Barr said in a statement, “raises serious questions that must be answered.”

Less than three weeks ago, Epstein had been placed on suicide watch at the Metropolitan Correctional Center “after being found unresponsive and with injuries to his neck,” ABC News reported. All federal correctional facilities have a suicide prevention program responsible for identifying and treating prisoners who are suicide risks, and Epstein “received daily psychiatric evaluations” following the July incident, according to a source who spoke with the New York Times. But six days later, the Times reported, Epstein “was taken off the watch for reasons that remained unclear.” (The Associated Press and NBC News also reported Saturday that Epstein had been taken off suicide watch prior to his death.)

If Epstein had remained on suicide watch, he would have been monitored by a corrections officer or someone else “in a special observation cell, surrounded with windows, with a bolted down bed and no bedclothes,” the Times reported. Journalist Alisa Roth grew familiar with this process while reporting her book, Insane: America’s Criminal Treatment of Mental Illness. She visited the nation’s three largest prisons and spoke with corrections officers, psychiatrists, and prisoners who have been placed on suicide watch.

Mother Jones caught up with Roth on Saturday to discuss the circumstances of Epstein’s death and the nature of suicide watch as a preventative tool.

What exactly is suicide watch?

If a person in custody has expressed suicidal thoughts, they will be put on suicide watch. Depending on the level of risk, which of course is in some measure interpreted by the clinician who is talking to the patient, there are different levels of what the suicide watch will look like.

“People will keep an eye on the person who is on suicide watch. Usually, that means corrections officers. That watch could be constant.”

It might be that a person’s clothes are taken away because they pose a hanging risk, which is one of the primary, if not the top, methods of suicide in jail or prison. That would mean taking away shoelaces, belts, pants that could be tied into a knot, sheets. Often a mattress will be taken away and replaced with a suicide-proof mattress. People will be given a suicide suit. It’s made of a material that’s, to me, reminiscent of the material you see movers use to protect furniture—very heavy, padded material that would be very, very difficult to tie into a knot.

People will keep an eye on the person who is on suicide watch. Usually, that means corrections officers. That watch could be constant. It could be a 10-minute watch, a 15-minute watch, where the officer is required to come by and check on the person. In some cases, it might be done by camera in addition to the check-in.

The idea of all of these things is to make it impossible for the person to hurt themselves.

Suicide watch is intended to prevent a prisoner from hurting themselves, but have you ever noticed the conditions of suicide watch being so unpleasant that they worsen the prisoner’s mental health?

A man I know described confiding in a mental health care provider that he had thought about hurting himself. He said he felt he was suicidal. They took away his clothes and threw him into the cell, so he’s there, literally naked. Underwear is often taken away because it can be torn, but he was thrown into the cell completely naked. After he refused to talk to a clinician until he had clothes, I think they gave him some kind of a paper-dress-type-thing to wear.

“If someone is already feeling sad and in a bad place mentally, putting them in those conditions is certainly not going to help.”

While a suicide gown may not be the most ideal outfit or the most comfortable outfit, at least the person’s dignity is being protected. I saw another person who was on suicide watch in a jail and was just in the darkest corner of this jail. He was actually on one-on-one watch. He had an officer sitting outside the cell, keeping an eye on him. But it was so dank and so dark, and it smelled so terrible. I remember it smelled from urine in that corner—such a sharp ammoniac odor—I remember it burning my nose.

If someone is already feeling sad and in a bad place mentally, putting them in those conditions is certainly not going to help.

The New York Times reported that Epstein had been removed from suicide watch six days after unsuccessfully attempting to kill himself. Is it normal for someone to be taken out of suicide watch so soon after an attempt?

I’ve heard different setups of what’s an appropriate time to stay on suicide watch. As a non-mental health professional, but somebody who’s looked at a lot of these cases, that seems quick to me.

Clearly, the charges against him were very serious. At least anecdotally, I’ve heard that people charged with sex crimes, particularly sex crimes against minors, are more likely to commit suicide. Many of the suicides you see are people who are charged with them—whether or not they are guilty. It’s the charging in and of itself that’s pushing people to that.

He obviously had a lot of dirt on other people in his head. It seems like for all those reasons, even without the attempt [in July], it seems like potentially high-risk. The psychologist who’s talking to the person has to, in some measure, take the person at their word.

Are you familiar with anyone who died of suicide while on suicide watch?

Yes, I’ve absolutely heard stories. It does happen and I’ve heard a number of cases where it’s happened.

But I imagine the percentage is much lower in those cases.

It comes back, in part, to what does it mean to be on suicide watch. We have thousands of jails in this country and many, many prisons and they all have different facilities and different rules and different providers. What suicide watch means in Rikers Island, let’s say, is not the same as it means in the podunk jail in Oklahoma.

“Suicide watch, if done correctly, should make it very, very difficult for someone to hurt themselves.”

The other thing is you might see, especially when the suicide watch consists of a closed-circuit camera, is if the person is sitting in a cell by themselves and completely isolated, they are effectively in solitary confinement. Are we exacerbating the problem by putting them in that situation?

Suicide watch, if done correctly, should make it very, very difficult for someone to hurt themselves. The idea is to remove as many possible risks.