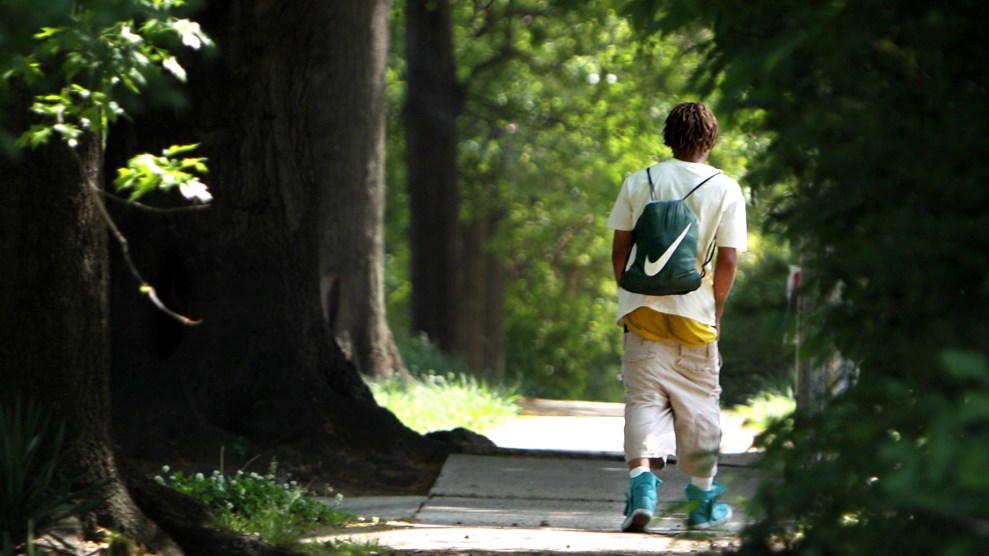 Lawmakers in Shreveport, Louisiana voted 6-1 on Tuesday to repeal a 12-year-old ordinance banning pants that sag below the waist after outcry over the death of Anthony Childs, who was stopped by police for violating the law.

Childs was walking down a sidewalk in early February when Shreveport Police Officer Traveion Brooks attempted to stop him because of his sagging pants and exposed underwear. Brooks, in his police cruiser, pursued Childs across a field, then noticed the man had a gun. Brooks fired off eight rounds, hitting Childs three times. The parish prosecutor decided not to press charges against Brooks because the coroner ruled Childs’ death a suicide. The only shot Childs fired was into his own chest.

Laws that criminalize saggy pants have long been considered racist because of the way they single out clothes typically worn by young men of color. And Shreveport is only one of many municipalities that have banned saggy pants in the past 20 years. In the mid-2000s, a number of mostly Southern towns proposed such laws under the guise of regulating public decency. At the time, proponents of saggy pants bans relied on fear-mongering tactics, like repeating the questionable claim that sagging was tied to prison and gang culture. Cities in Georgia, Mississippi, New Jersey, South Carolina and other parts of Louisiana still have anti-sagging ordinances on the book. As recently as last year, state lawmakers in South Carolina have proposed bills that criminalize sagging. (No statewide legislation that bans sagging pants has ever passed.)

Critics of saggy pants laws say what may start out as a saggy pants citation could be easy justification for an illegal search by police. The laws drew public pushback in 2008, when a 17-year-old in Florida was stopped for showing four-inches of underwear in violation of the city’s anti-sagging ordinance. Only then did police discover the teenager was on probation for possession-of-marijuana. He went to jail, though a judge later released him and deemed the law unconstitutional. In the aftermath of the Florida decision, a handful of cities repealed saggy pants laws, often amid pressure from advocacy groups such as the ACLU and NAACP.

“The law is clearly being used in a blatantly racially discriminatory manner that makes the City vulnerable to suit,” wrote ACLU of Louisiana legal director Katie Schwartzmann in a letter to the Shreveport city council. “There is no legitimate need for this ordinance beyond racially motivated animus.”

According to data obtained by the Shreveport Times after Childs’ death, there have been 726 arrests for sagging in Shreveport since the original ordinance passed in 2007. Ninety-six percent of those arrested were black men. Violations of the law were punishable by a fine of up to $250 and up to 32 hours of community service.

“He was targeted [for] his clothes,” said Tyren Pucker, Childs’ sister, at the city council meeting on Tuesday. “He hadn’t committed a crime. There was no probable cause or anything he had done to anybody. It was [because of] his clothes, I had to bury my brother.”

Shreveport Mayor Adrian Perkins—who has expressed support for repealing the saggy pants ban—signed the bill Wednesday afternoon. The repeal goes into effect in one week.

“It is my opinion that while the ordinance was originally well-intentioned, it unfairly targets people of color,” Perkins said. “Just like many initiatives in the war on drugs that we now realize are discriminatory against people of color, we’ve evolved to reach that understanding. And this is in that vein.”