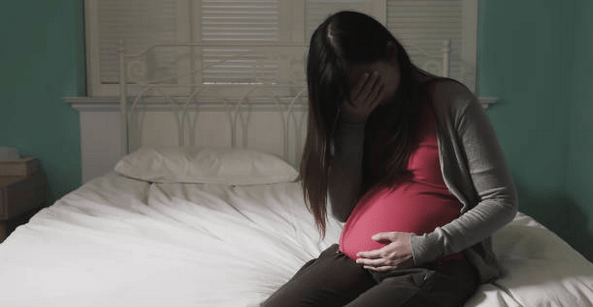 A few months after Jessica Stallings’ 13th birthday, her uncle raped her for the first time. He was 20 years old, and he lived with Stallings and her mother in their Alabama home. He kept raping her, she claimed in court documents, and by the time she was 19, she had three children from the encounters. They married briefly when she was 20, and she filed for divorce a few months later.

Today Stallings is in her early 30s, but she hasn’t been able to fully escape her rough childhood: After their divorce, a court granted him visitation rights so he could regularly see the kids—forcing her to repeatedly face the man she says tormented her.

Each year, between 7,750 and 12,500 children are conceived from rape nationwide, according to Justice Department estimates, which are likely low because many attacks are not reported. Family custody lawyers say rapists sometimes push for parental rights to try to dissuade mothers from pressing for criminal charges, or after being asked to pay child support. Most states have laws on the books to allow courts to terminate or restrict rapists’ parental rights under certain conditions. Alabama, where Stallings still lives, has long been an outlier: Until recently, it was one of just two states (along with Minnesota) that never passed such a law.

“If we’re going to ban abortions, we need laws in place for rape victims.”

In the past several weeks, after lawmakers in the state outlawed abortion in cases of rape or incest, the issue has received renewed attention. “If we’re going to ban abortions, we need laws in place for rape victims,” Stallings, who supports the ban, told AL.com, a local news outlet. “We’re not encouraging them to go through with their pregnancies if we’re telling them they have to be constantly bound to their rapist because they conceived.”

Last week, the Alabama Legislature approved “Jessi’s law,” a bill that would let courts in the state terminate the parental rights of some rapists. Gov. Kay Ivey had until Wednesday to veto the bill and didn’t, which means it is now law.*

The Alabama law applies to cases where the abuser has been convicted of first-degree rape or incest or sodomy. Lawmakers have argued in the past that this conviction requirement serves as a safeguard, to ensure men are not falsely accused and stripped of their parental rights without a guilty verdict in court. But family custody attorneys counter that the requirement limits who can be protected, since so many rapes are unreported or underprosecuted. Out of every 1,000 sexual assaults, on average only nine are referred to prosecutors, and only five lead to a felony conviction, according to a study by the Rape, Abuse & Incest National Network.

“I understand a lot of rapes don’t get reported,” then-Rep. Jack Williams, an Alabama Republican who tried to sponsor a law on this issue last year, said at the time. “But the consensus of folks, as I was working, was that [if] we would limit it to convictions it would have strong support. I didn’t have the same level of support, male or female [legislators], with just a rape accusation.”

Some survivors wonder why a conviction is necessary to terminate parental rights in cases of rape but not in other situations. For instance, judges can revoke parental rights for child molestation, neglect, or habitual drug use without a conviction, as long as there’s “clear and convincing evidence” that these things occurred, according to Rebecca Kiessling, a family law attorney in Michigan who has studied the issue nationally. While a conviction demands proof beyond a reasonable doubt, or about 99 percent certainty the allegation is correct, according to Kiessling, clear and convincing evidence demands closer to 80 percent certainty, which is much easier to show. Twenty-four states, however, still only allow for the termination or restriction of a rapist’s parental rights if there has been a conviction.

Analyn Megison is pushing to change that, after a man who raped her tried to get custody of her daughter in Florida in 2010. She remembers the fear she felt while meeting a court deputy at a McDonald’s to go over the paperwork of the case, trying to occupy her first-grade daughter with ice cream so she didn’t pay attention to the details. At the time, Florida had not yet passed a law allowing her to terminate his parental rights, so “there was nothing here to protect us,” she recalls. She got lucky—a judge would not allow the man to have contact with her daughter until he underwent a full hearing about the rape allegations, and he declined to do so. “After more than two years of terror, I won,” she wrote.

But she didn’t want anyone else to go through something similar, so she lobbied her lawmakers to pass protections for other survivors. In 2013, the Florida Legislature unanimously approved a bill that would allow them to petition to terminate their rapists’ parental rights with clear and convincing evidence. The legislation soon inspired President Barack Obama to sign the 2015 Rape Survivor Child Custody Act, which gives states extra federal funding for rape victim advocacy programs if they pass similar laws not requiring a criminal conviction.

“We don’t require criminal convictions for habitual drug use or child abuse, so why is it reasonable to demand one from a woman who claims she was raped and conceived her child through rape?” Megison wrote in an op-ed the next year. “Especially when we know that the widespread myth that women often ‘falsely cry’ rape is without support…We shouldn’t let an unproven belief cause us to hold raped women to a higher standard for evidence than other parents seeking termination of parental rights.”

Stallings’ uncle was never convicted of rape or incest, even though she says she was 15 and he was 22 when she got pregnant with his child. “It went to grand jury twice, and both times they said there was not enough evidence to convict him, even though we had DNA and court documents and birth certificates and medical records,” she told me. “I had every piece of the puzzle I could possibly have, and they kept kicking it out.” Her uncle’s attorney declined to speak with Mother Jones about the case, citing attorney-client privilege.

*Correction: The original article mischaracterized the Alabama law that passed. It stated that in cases where a person was convicted of raping a woman and impregnating her, the bill would allow courts to terminate the person’s parental rights over the resulting baby.

On June 7, we corrected the article to reflect last-minute amendments to the law. Lawmakers had changed the bill’s scope just before sending it to the governor: A synopsis of the new version stated that courts could only terminate the parental rights of parents who were convicted of raping their own children. At the time this correction was posted, the description of the law posted on the Legislature’s website appeared to still describe the older version of the bill.

After weeks of reaching out to Alabama lawmakers, we corrected the article again on August 30 because the law’s synopsis, which does not have any legal effect, did not match up with the actual text of the law. Language inserted several pages into the law, according to attorneys in Alabama, made it much broader than the original draft. For more information about the law—and the language in it that created so much confusion—check out this deep dive.