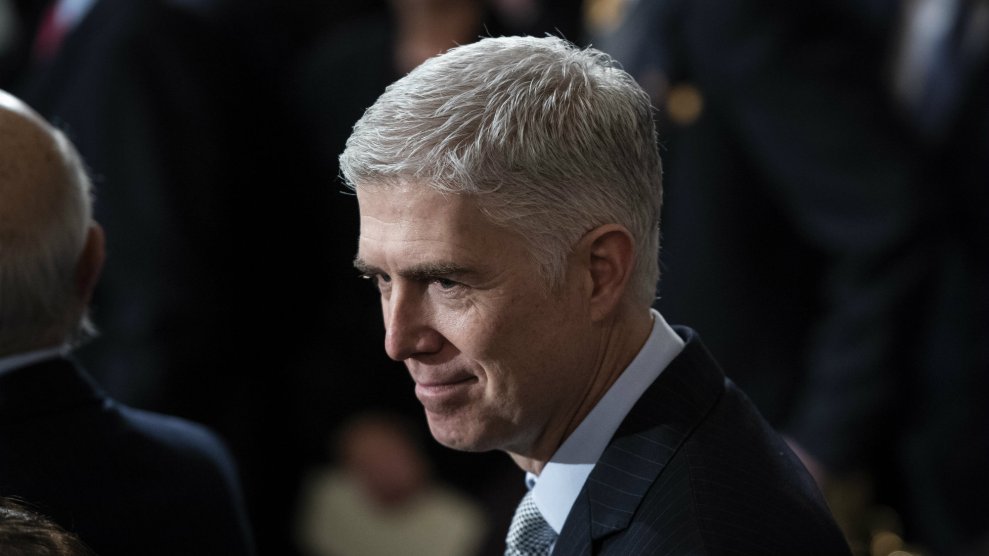 On Monday, the US Supreme Court ruled against delaying the execution of Missouri death row inmate Russell Bucklew, who argued that his rare medical condition could make the process excruciatingly painful. In the 5-4 decision, the majority ruled that Bucklew’s constitutional rights wouldn’t be violated because he didn’t prove that his execution would be cruel and unusual. They said that by filing claims years after he’d been convicted, Bucklew was delaying justice for his victims’ families

But in the majority opinion, the justices also made a statement that could make some death row inmates concerned about the eventual fate of their appeals. “Last-minute stays should be the extreme exception, not the norm.” Justice Neil Gorsuch wrote. “Mr. Bucklew committed his crimes more than two decades ago. He exhausted his appeal and separate state and federal habeas challenges more than a decade ago. Yet since then he has managed to secure delay through lawsuit after lawsuit.”

The majority’s opinion potentially challenges the potential trajectory of a death row inmate’s appeals process. Once a defendant is sentenced to death, he or she must go through the state and federal appeals process which can take more than a decade; some prisoners are on death row for 20 years or more before execution. Capital punishment lawyers and anti-death penalty activists argue that the harshest punishment deserves extremely careful review, especially given the increasing number of exonerations, while supporters of the death penalty believe that dragging out the process is merely a tactic to delay justice.

Gorsuch’s words, however, suggest the potential for stricter standards for death row inmates who appeal to the high court. Justices Sonia Sotomayor and Stephen Breyer pushed back on the majority’s statement on 11th hour stays in dissenting opinions. “I am especially troubled by the majority’s statement that ‘[l]ast-minute stays should be the extreme exception,'” Justice Sotomayor wrote. “Were those comments to be mistaken for a new governing standard, they would effect a radical reinvention of established law and the judicial role.” Justice Breyer went further, speculating on the constitutional affects of limiting delays. “It might be possible to end delays by limiting constitutional protections for prisoners on death row,” he wrote. “But to do so would require us to pay too high a constitutional price.”

Bucklew has been on death row for more than two decades after the 1996 murder of Michael Sanders and the kidnap and rape of Stephanie Ray in Cape Girdeau, Missouri. In 1997, he was convicted of kidnap, rape, and murder, and sentenced to death. For most of his life, Bucklew suffered from a rare disease that caused blood-filled tumors to form in his head, neck, and face. In 2014, the US Supreme Court granted Bucklew a stay of execution after his lawyers argued that because of this disease, he would experience “a gruesome execution with choking and gagging on blood and the infliction of excruciating pain.” This would be a violation the Eighth Amendment, which prohibits cruel and unusual punishment.

In Glossip v. Gross, which was decided in 2015, the high court said that when an inmate uses the Eighth Amendment to challenge a method of execution, they must also provide a “reasonable alternative.” Bucklew chose nitrogen gas, but in June 2017 a federal judge ruled that because he could not actually show that nitrogen would reduce the risk of excruciating pain, Missouri could continue with its plans to execute Bucklew with one dose of pentobarbital.

In March 2018, Bucklew again was scheduled to be executed when the high court granted him a last-minute stay and agreed to hear his case. Nonetheless, on Monday, the court ruled that Bucklew had not shown that his Eighth Amendment rights would be violated, clearing the way for Missouri to proceed with the execution.

The ruling occurred during a period when the timing of an inmate’s request for accommodations was already an issue. In its statement about how rare last-minute stays should be, the majority cites Domineque Ray, a Muslim death row inmate in Alabama. Ray requested an imam in the execution chamber but was denied. He was executed in February after the US Supreme Court ruled that he had brought his religious discrimination claim too late. However, last week, the high court granted a last-minute stay to Patrick Murphy, a Texas inmate who argued that he should be allowed to have a Buddhist spiritual adviser in the death chamber. As I wrote about the case:

“As this Court has repeatedly held, governmental discrimination against religion—in particular, discrimination against religious persons, religious organizations, and religious speech—violates the Constitution,” Justice Brett Kavanaugh wrote in a concurring opinion. Because inmates of other religious denominations are provided with clerics, he wrote, not allowing Murphy to have a Buddhist spiritual adviser by his side in the death chamber infringes on his religious freedom.

At a time when the popularity of capital punishment is waning and several states are on the cusp of abolishing the practice altogether, Justice Breyer said in Monday’s dissent that the death penalty itself may be unconstitutional. “It may be that there is no way to execute a prisoner quickly while affording him the protections that our Constitution guarantees to those who have been singled out for our law’s most severe sanction,” he wrote. “And it may be that…there simply is no constitutional way to implement the death penalty.”