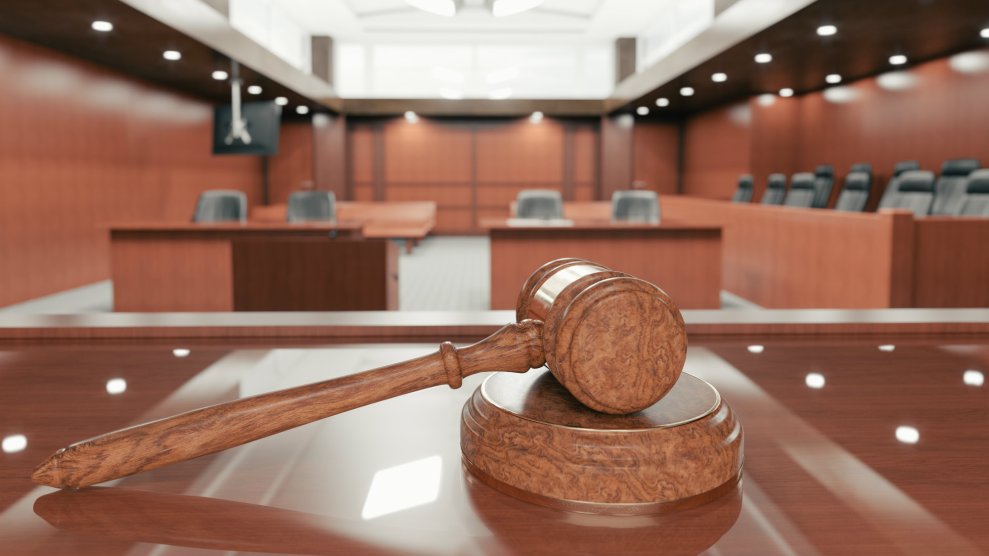 Update, April 15, 2019: On Monday, the US Supreme Court declined to take up the case of Charles Rhines, a gay South Dakota death row inmate, who argued that anti-gay discrimination compromised the jury in his murder trial.

When Charles Rhines, a gay man, was convicted of murdering Donnivan Schaeffer in January 1993, the jurors at his trial in South Dakota were tasked with deciding whether he would serve life in prison without the possibility of parole or be sentenced to death. During deliberations, some jurors wondered if life in prison would be punishment at all, suggesting that years in a men’s prison might not be a hardship for a man who is gay. The jurors sentenced him to death.

In 1992, Rhines used a key to enter a donut shop that he’d previously been fired from in Rapid City, South Dakota, to steal cash. The robbery turned deadly when he was interrupted by Schaeffer, a former coworker. Rhines stabbed Schaeffer three times, killing him. At the 1993 trial, the jurors sent the judge a note. In it, they said that in order to consider what “life in prison without parole” really meant, they needed to know what life in prison would be like for a gay man like Rhines. They wondered if he would be able to “create a group of followers or admirers” or “brag about his crime to other inmates…or young men,” or if he’d have a cellmate and be allowed conjugal visits. “It’s just so clear in this case that the jury was considering gay bias in their deliberations,” says Shawn Nolan, one of Rhines’ attorneys. “And the court ought to correct it.”

The Supreme Court has a mixed record on cases involving discrimination based on sexual orientation. In 2015, the court ruled in favor of same-sex couples who’d argued that marriage bans violate the 14th Amendment, which guarantees equal protection under the law. But in 2018, the court ruled that a Colorado baker who refused to bake a wedding cake for a gay couple for religious reasons did not discriminate against the couple.

The Supreme Court has dealt with racial bias in the death penalty before. In Buck v. Davis, a 2017 case, the court overruled a black inmate’s death sentence after it found that a Texas jury was told that black defendants are more dangerous than white ones. In Texas, jurors can only sentence a defendant to death if they conclude that he will be a danger to society.

A few weeks later, the court ruled in favor of Miguel Pena-Rodriguez, a Latino man, who was convicted of unlawful sexual conduct and harassment. He pleaded guilty, but two jurors later told his lawyers that another juror had made racist statements about his likely guilt. Most states have a no-impeachment rule, which means jurors cannot testify about what was said or occurred during deliberations. When the case reached the US Supreme Court, it ruled in the defendant’s favor and established that racial discrimination is the only exception to the no-impeachment rule. But in March 2019, the Supreme Court declined to hear the case of Keith Tharpe, a black man who had argued that a case against him was tainted by a white juror who wondered if black people even had souls.

After interviews with jurors in 2016 found evidence of gay bias, lawyers pursued that angle in Rhines’ case, making it “the first of its kind,” Nolan says. One juror, Frances Cersosimo, described how an unidentified juror said, “If he’s gay we’d be sending him where he wants to go” because a men’s prison would be a pleasant outcome. Another juror, Harry Keeney, said that since Rhines is gay, “he shouldn’t be able to spend his life with men in prison.” A third juror, Bennett Blake, told an investigator that the defendant’s sexuality was a frequent point of discussion. “There was a lot of disgust. This is a farming community,” Blake said. “There were lots of folks who were like, ‘Ew, I can’t believe that.'”

The Supreme Court is expected to decide if it will review Rhines’ case this week, but South Dakota has argued that his claim doesn’t deserve to be heard by the high court. In the state’s 2018 brief, South Dakota said discrimination against sexual orientation is not comparable to racism. “No politician has ever proposed constructing a wall to keep homosexuals out of the country,” it said. “No civil war has been fought over [sexual orientation].”

Rhines’ legal team is not buying it. “They’re trying to say this isn’t discrimination, that gay bias isn’t as embedded in our system,” Nolan says. “That just seems kind of ridiculous.”

It is unclear what is likely to happen if the Supreme Court hears the case. The court recently ruled in favor of defendants with claims of jury discrimination. But when the court made its rulings in Buck v. Davis and Pena-Rodriguez v. Colorado, Justice Anthony Kennedy, a moderate conservative, often served as the swing vote on death penalty issues, voting with the more liberal justices in both cases. Since the death of Justice Antonin Scalia, Kennedy’s retirement, and Trump’s appointment of two conservative justices, the court’s rulings on the death penalty have been mixed. In a 5-4 decision in February, the court ruled against Domineque Ray, an Alabama inmate who wanted to halt his execution because he could not have a Muslim cleric in the death chamber with him. He was executed. Less than two months later, the court ruled in favor of Patrick Murphy, a white Texas death-row inmate who sought a stay because he was not permitted to have a Buddhist spiritual adviser in the chamber. The majority’s opinion stated that Ray brought his claim too late, but the cases were strikingly similar.

Rhines has the support of a number of civil rights groups and law professors. “The history of discrimination against lesbian, gay, and bisexual people in nearly every aspect of life illustrates the need to safeguard against sexual orientation bias in our nation’s judicial system,” the ACLU and the Lambda Legal Defense and Education Fund wrote in their amicus brief. Their objective is clear: to “get a fair sentencing phase,” Nolan explains, “as opposed to one that’s filled with bias.”