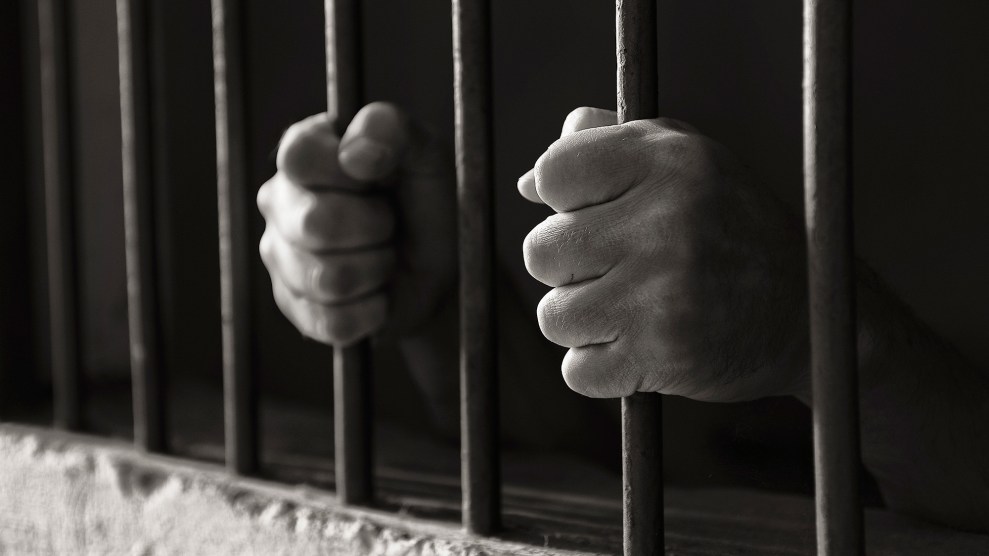 The September 2015 day that Ashker v. Brown was settled, Dolores Canales’ son had been held in solitary confinement for 15 years. “It was such an emotional morning,” Canales, a founder of the advocacy group California Families Against Solitary Confinement, recalls of the time spent sitting in an Oakland hotel room surrounded by other families like hers as they prepared for the announcement. The landmark settlement capped a yearslong protest movement spearheaded by incarcerated men to reform a system that unfairly kept thousands of people in isolation. The decision was supposed to completely overhaul the state’s use of solitary confinement. “Families were dealing with the reality that something that they were always afraid to hope for for decades was really going to happen,” Canales adds, “and that was as simple as being able to hug their loved one.”

While the families were flooded with a sense of relief that day, it turns out the hard-fought battle is far from over. Late last month, US District Judge Robert Illman found that California is failing to hold up its end of the bargain. As part of the agreement in Ashker v. Brown, the California Department of Corrections and Rehabilitation (CDCR) was subjected to court-ordered monitoring for two years to ensure the implementation of reforms—largely ending indefinite solitary confinement and greatly restricting the kinds of violations that could land someone in isolation. That monitoring was supposed to end in 2017, but the court decided that CDCR had used unreliable and disingenuous means of qualifying people for restrictive housing, “improperly returning class members to solitary confinement and frustrating the purpose of the Settlement Agreement.”

“Families were dealing with the reality that something that they were always afraid to hope for was really going to happen.”

“This is really a systemic problem,” says Rachel Meeropol, counsel on the case from the Center for Constitutional Rights, the organization responsible for reviewing the two years of rules violations reports turned over by the corrections department. “It’s not a couple of isolated incidents.”

Then, in another indication of continued resistance to enforce reforms the court ordered more than three years ago, CDCR filed a notice of appeal last week. A spokesperson said the department does not comment on ongoing litigation, but the appeal process will, at the very least, delay the judge’s decision.

Before the settlement, incarcerated people in California could be isolated indefinitely if prison officials found them to be associated with a gang, which could mean something as innocuous as having Aztec art or a birthday card from a purported gang member. When the lawsuit was originally filed in 2009 by Todd Ashker and Danny Troxell, two prisoners in isolation at the supermax Pelican Bay State Prison, California had thousands of prisoners in solitary, hundreds of whom had been held for decades. According to Meeropol, California had more men in solitary for longer with less justification than any other state.

While the case, which was eventually amended and filed as a class action, made its way through the courts, between 2011 and 2013, Ashker and other California prisoners locked in indefinite solitary confinement staged widespread hunger strikes that garnered nationwide media and rallied coordinated public support behind the lawsuit. What started with a few of the most invisible men at a notorious and isolated Northern California prison grew to include tens of thousands of prisoners, including Canales’ son, in over a dozen state facilities, some refusing food for weeks at a time.

“When the hunger strikes began in 2011, he had been in 10 years,” Canales says. “When I heard that people had been in for decades, I realized he would be one of those people if things did not change.”

The 2015 agreement in Ashker v. Brown virtually eliminated indefinite solitary sentences and permitted isolation only for prisoners who commit serious offenses while in detention—making it a behavior-based punishment rather than a status-based one. In requiring court-ordered monitoring, the judge mandated CDCR to turn over internal violations reports between 2015 and 2017, which revealed which offenses sent prisoners to solitary based on what information. Crucially, that allowed for a rare window into the often unreliable means that officers use to write up prisoners. “This ruling is really the first time I’ve ever seen a court examine systematic due process violations with a prison system’s use of confidential information,” Meeropol says.

“This ruling is really the first time I’ve ever seen a court examine systematic due process violations with a prison system’s use of confidential information.”

A year after the agreement, it seemed like a real success: Indefinite isolation was down by 99 percent. Overall, California’s solitary population dropped 65 percent, from around 10,000 to less than 3,500 people between 2012 and 2016.

But we now know these numbers don’t tell the whole story. Internal prison systems for evaluating prisoners and administering punishments are opaque and lack data; as a result of the court-mandated monitoring, the judge found that officers consistently relied on single or unverified accounts by confidential informants and even misrepresented informant information to justify sending someone to solitary. “The same kind of unreliable confidential information that California used to use to validate prisoners as gang affiliates, they’re now using to find prisoners guilty of rule violations and then sending them back to solitary,” Meeropol says. Half of more than 100 disciplinary files relying on confidential information submitted as supplemental evidence by CDCR included unreliable, inadequately disclosed, or fabricated evidence, according to the Center for Constitutional Rights review.

“Basically, prison staff are prosecutor, judge, jury, everything,” says Jean Casella, co-director of the watchdog organization Solitary Watch, noting that the conviction rate in prison hearings is over 90 percent in most states. “If a [correctional officer] wants you to go to solitary, you’re probably going to go to solitary.”

The ruling from late last month, therefore, extended the settlement agreement and court-ordered monitoring for another 12 months because “systemic and ongoing due process violations exist—namely, the systemic misuse of confidential information in what appear to be meaningless disciplinary hearings such as to return class members to solitary confinement,” Judge Illman wrote.

CDCR’s appeal will now send the judge’s decision to the Ninth Circuit for review. Another judgment in the Ashker v. Brown case is also up on appeal by the state in the same court; last summer, Judge Claudia Wilken ruled that the settlement was being violated because many of the prisoners that were supposed to be released from solitary under the agreement were being held in similar conditions under another classification, often spending less than an hour outside of their cells each day.

Despite significant progress nationwide to change a punishment that, in excess, is deemed torture by the United Nations, California isn’t alone in needing further oversight and reform of its solitary confinement practices, nor is it alone in its resistance to doing so. “When you have litigation and legislation, oversight and implementation and enforcement is a huge, huge issue,” Casella says. “And California is not at all the only state that has been seen to be getting around it.” She points to New York, where a lawsuit led to codified changes enacted in 2011 to keep people with serious mental illness from solitary. But in the following years, there was a precipitous decline in the number of incoming prisoners that officials diagnosed as seriously mentally ill, causing concern that the corrections department had created a loophole instead of implementing real reform. Casella notes that change often fares better when it comes from the “inside,” meaning via internal policy changes directed by a progressive head of corrections, like in Colorado or North Dakota.

A continued lack of transparency also makes it hard to tell if changes are sticking. Since 2011, Virginia, for instance, has implemented a number of reforms to reduce restrictive housing. But a 2018 report by the American Civil Liberties Union found that solitary confinement there “remains pervasive, problematic, and for the most part, hidden from public oversight and accountability.” Lawmakers in the state are currently considering legislation that would require state prisons to track and submit data on segregated prisoners.

Solitary confinement is “a really difficult area to seek reform. Every prison has its own rules,” says Meeropol. “Even when you win a real victory like the settlement, it takes years of effort to ensure that victory is meaningful, and that’s not really an aberration.”

As California’s latest appeal in the case moves forward, lawyers with the Center for Constitutional Rights plan to ask for a conference with the judge to push for more long-term remedies that go beyond continued monitoring. Crucially, they want the court to appoint an official who can review all of the cases where individuals are in solitary as a result of confidential information. They want prisoners to be able to appeal their infraction and have a court surrogate decide whether they are entitled to a new disciplinary review or even release. “It’s clear that monitoring alone is not going to fix the situation,” says Meeropol. “We’re looking for a more permanent solution that is actually going to address the underlying cause of the violations.”

“We’re looking for a more permanent solution that is actually going to address the underlying cause of the violations.”

Meanwhile, activist groups and families are also planning their next steps. The people that formed part of the original coalition to support the hunger strikers are planning a statewide meeting to discuss strategy later in February. Canales said a key goal is reminding state Assembly and Senate members that just because the settlement was reached doesn’t mean the problems are solved. Similar to the lawyers, she wants oversight—and maybe legislation—of the prisons’ shrouded confidential information process, a system that affects not only solitary confinement but prisoners’ ability to get parole. Moreover, many advocates plan to push the state to consider adopting the Mandela Rules, which, among other things, would ban isolation for more than 15 consecutive days, as some other states have done or are considering.

Canales is hopeful that the new progressive administration in California under Gov. Gavin Newsom will be receptive, though she is wary of the support he’s received from the state’s powerful prison guards’ union.

“There’s been great changes in California,” Canales says. “We just need to be persistent.”