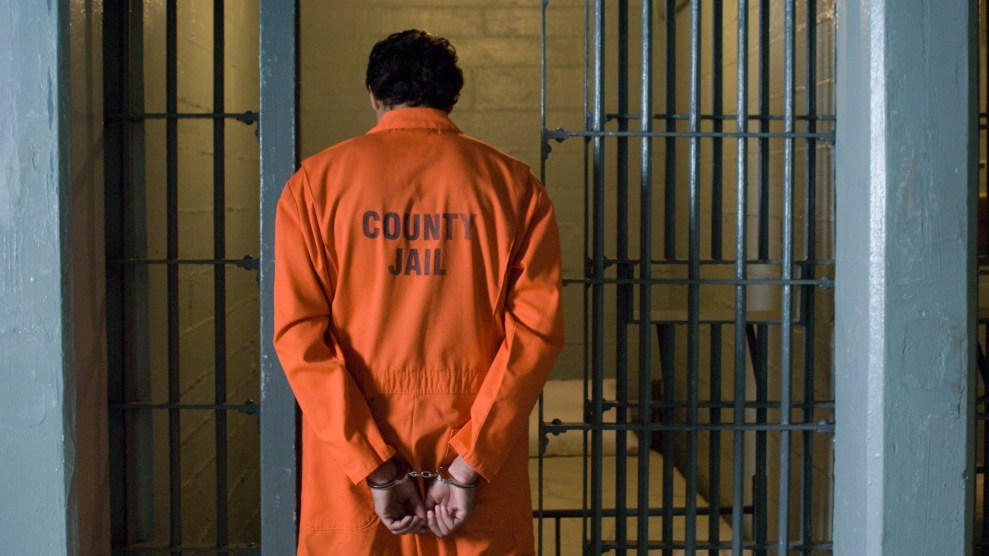 Ever since the US incarceration rate started to level off at the turn of the century, activists and criminal justice reform advocates have been hopeful that the era of mass incarceration may finally be over. Indeed, the number of people locked up in prisons across the country is steadily decreasing, signaling that criminal justice reforms have started to work. A new report, however, says something critical has been overlooked in the mass incarceration discussion: local jails.

The report, published early Thursday morning, Eastern time, by the Vera Institute of Justice, a nonprofit research organization, finds that although the national prison population has gone down, in some parts of the country, the incarcerated population, particularly in local jails, has actually increased. Not all states are facing booming jail populations. But many are, and the report’s findings suggest dramatic demographic changes—in Kentucky, if the prison and jail populations continue to grow at the rate they are now, the number of people incarcerated 113 years from now will equal the number of people living in the entire state.

“Mass incarceration has a different face,” than it did a few decades ago, Jacob Kang-Brown, a senior research associate at the Vera Institute and one of the study’s authors, told Mother Jones. And, says Kang-Brown, focusing solely on prison rates obscures what’s actually going on. “Those [national] declines are really uneven, and they’re mixed with incredible growth in some states and some counties, even in some states that are overall seeing declines. It’s a complicated picture.”

Here are the most surprising and important takeaways from the report:

Jails are growing even in places where prisons are shrinking

The study’s authors acknowledge that prison data can be useful for measuring mass incarceration. But focusing on prisons only makes sense in places where prison and jail populations are moving in the same direction and at the same rate. In fact, more than a dozen states have prison and jail populations moving in opposite directions. Using only prison data is also misleading, say the study authors, because the decrease in prison admission rates has been driven by only a handful of states, with California on its own accounting for 35 percent of the decline.

According to the report, 34 states have reduced their total—prison and jail—incarceration rates in recent years. However, this trend is mostly driven by large cities and their suburbs, suggesting that prison reforms are only impacting the biggest criminal justice systems. Take New York: The state’s declining prison and jail populations are entirely due to reforms in its three largest cities—New York City, Rochester, and Buffalo—a trend that the researchers note applies to other states as well. Kang-Brown says there are a couple ways to explain this; namely, a lack of resources in small towns and counties, and a misconception that mass incarceration is only a big city problem.

“People think of Rikers Island—you see it while you’re flying out of LaGuardia [Airport]—it’s this big thing,” he says. “Yet you go to suburban Kentucky outside of Louisville, and there’s a small county there that has a 400- to 500-bed jail … but if you compare them in terms of rate, the [incarceration rate of the] small county is about three times larger per capita compared to the NYC jail.”

Jasmine Heiss, another author of the study, adds that she’ll hear policymakers say things like, “Well, can you really call that jail a part of mass incarceration, because it only 500 or 200 people in it?”

“The face of mass incarceration has shifted, and yet there are places where that reform has not yet touched,” Heiss says. “We continue to leave vast swaths of the country behind.”

Instead of reducing incarceration, people are simply being moved from prisons to jails, and vice versa

In response to pressure from criminal justice reform advocates, some states have simply reclassified felony crimes as misdemeanors, emptying prisons while filling up jails. The report says that between 2010 and 2015, 11 states decreased their prison populations while concurrently increasing their jail populations. This means that, in addition to perpetuating mass incarceration, more people are serving sentences meant for prison in jail, which are supposed to serve pre-trial detainees, not long-term inmates.

In addition, some states are actually doing the opposite and sending more people to prison rather than jail, a phenomenon the authors acknowledge merits more research. The report speculates that a possible reason for this could be that counties are motivated to send inmates to the state prison instead of the county jail, because the state foots the bill for the former.