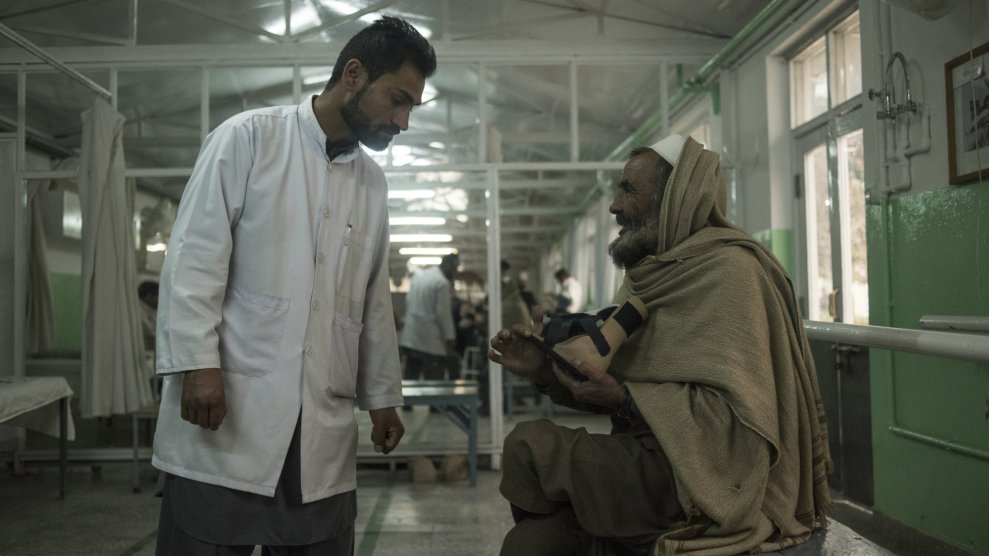 Since 1864, international law has guaranteed medical workers the ability to provide care without fear of persecution. Whether treating the wounds of enemy soldiers on the battlefield, or providing medical care to foreign nationals who may be considered suspicious, this freedom from prosecution has long been seen by human rights advocates as fundamental to ensuring the universal right to health care.

But with burgeoning fears of terrorism, non-state actors, and devastating civil wars, the protection of health care workers is rapidly eroding across the globe, according to a report released Wednesday by a team of researchers in Great Britain and the United States.

“It is a regression globally,” says Dainius Puras, the United Nations special rapporteur on the right to health, one of more than a dozen honorary officials with broad mandates to research some designated area of global concern. In the past, Puras and his predecessors have highlighted international problems that intersect with well-being like mental health, children’s health care, and reproductive health. Now in his fourth year in the role, Puras requested the report draw attention to the ways health care has been “criminalized,” either by the overly broad use of counter-terrorism laws or harassment by state officials.  It’s a subject that has been relatively unexplored within the wider discussion of human rights.

Researchers from the University of Essex, Johns Hopkins University, and the Safeguarding Health in Conflict Coalition collaborated on the 30-page report, which analyzes the protections health care providers have in 16 countries, including places embroiled in civil war and those emerging from conflict. A team of consultants and analysts worked over the past year with UN agencies, human rights groups, and other stakeholders to review publicly available legal information and media reports to assess the legal and informal ways medical providers have been harassed.

“There are no laws we found that specifically target health care,” says Leonard Rubenstein, a co-author of the study who is a human rights lawyer and senior scientist with the Center for Public Health and Human Rights at Johns Hopkins University. “But we found very few that specifically have exceptions for health care.”

Researchers found at least 10 nations where “the authorities interpret support to terrorism to include the provision of healthcare.” A UN Security Council Resolution passed in 2016 and co-sponsored by 80 countries explicitly condemned attacks on medical personnel. International law stemming back to the first Geneva Convention has guaranteed the same provision, but regard for those norms are slipping in the Middle East and in countries that have implemented robust antiterrorism laws like the United States.

The most egregious offenses uncovered by the study have occurred in Syria, now entering the eighth year of a bloody civil war. Since the government of dictator Bashar al-Assad passed a law in 2012 effectively banning the provision of health care to opposition figures, Syria has “arrested, prosecuted killed—we don’t know how many hundreds of doctors,” Rubenstein says. The Syrian government also has targeted medical providers through aggressive laws and extrajudicial killings.

Bahrain, another country thrust into the early tumult of the Arab Spring, used internal security officers during the outbreak of protests to harass nurses and doctors. On Feb. 17 2011, state security forces assaulted medical personnel outside of a medical complex in Manama, the nation’s capital, while staffers were attempting to treat wounded protesters.

Syria is by far the worst offender detailed in the report, but the United States has also prosecuted medical providers for their affiliation with terrorist organizations. Rafiq Sabir was a doctor trained in New York in emergency medicine when he pledged allegiance to al Qaeda and promised to treat their wounded soldiers in Saudi Arabia. (Calling himself “extremely gullible,” Sabir denied knowingly pledging himself to the terrorist group.) Prosecutors tried him in federal district court in New York under a 1996 antiterrorism law for providing “material support” to the group by treating “wounded jihadists.” If Sabir had just provided medicine, the court ruled he may have been exonerated under an exception in the law, but because he gave “medical support” and not just medical supplies, he was not eligible for an exception. The court sentenced him to 300 months in jail.

“The allegiance of a health provider is really irrelevant if they’re providing health care,” Rubenstein says. “A doctor or a nurse is ethically supposed to provide care for everyone.”

Because research was primarily conducted in English, French, and Spanish, the authors acknowledged a limitation in collecting relevant records, especially in Iraq. Without these documents, they often relied on local media reports.

The report found that some countries have reformed their laws to protect medical providers in recent years. Afghanistan, once responsible for numerous cases of police and governmental officials harassing medical staff, updated its penal code in February to exclude “necessary medical procedures” from a counter-terrorism law. Colombia adopted a similar regulation in 2012 as have New Zealand and Canada, two states praised in the report.

Researchers hope their report, the first of its kind, can put pressure on governments to carve out exceptions for medical providers in their laws.

As Puras said in a statement on the day of the report’s release: “We must amend counter-terrorism laws and policies that are contributing to this disturbing trend, and ensure everyone from ambulance drivers to doctors can work without fear of prosecution or sanction.”