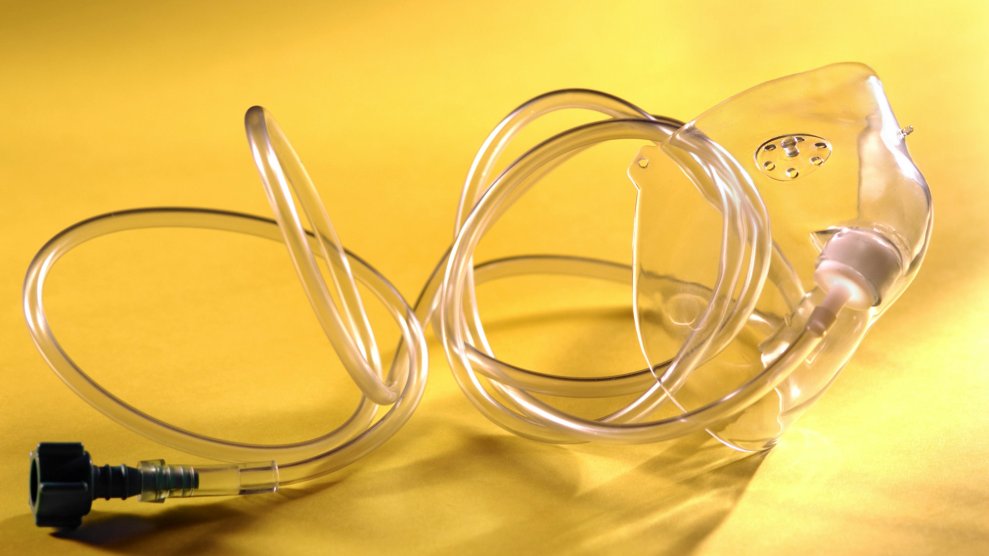 Undeterred by a shortage of drugs used for lethal injections and capital punishment’s waning popularity, states that still practice the death penalty are seeking alternative ways to kill death row inmates. The latest suggestion? Death by nitrogen gas, a method that has never been used before.

After several international drug companies decided to stop sending drugs to prisons if they were to be used in executions, state officials began scrambling to find alternatives. Several states have mulled bringing back older methods such as the electric chair or firing squads. Recently, Nebraska and Nevada suggested fentanyl, a powerful opioid responsible for thousands of deaths in the United States. And in the last several months, Oklahoma, Mississippi, and Alabama have authorized nitrogen gas for executions.

But there may be a problem. “Nitrogen hypoxia, whatever that might be, is not a medical act,” Dr. Joel Zivot, a professor of anesthesiology at Emory University, told Mother Jones.

The idea first came up in Oklahoma. After the botched execution of Clayton Lockett in 2014, Oklahoma placed a moratorium on capital punishment, but still searched for another way to kill inmates. According to the Marshall Project, state representative Mike Christian watched a documentary about killing humans which contained a segment on nitrogen inhalation. Inspired by the possible solution to some of the problems the state faced, he and two others with no scientific or medical knowledge presented Oklahoma lawmakers with a report on nitrogen. After holding hearings on the report, Christian and other members of the state legislature wrote a bill that passed. In 2015, Republican Gov. Mary Fallin signed the measure into law, allowing the state to use nitrogen gas if lethal injection supplies couldn’t be acquired.

This month, Mike Hunter, Oklahoma’s attorney general, announced that the state would seek to implement the plan, which involves having a mask flooded with nitrogen gas placed over an inmate’s face. “We can no longer sit on the sidelines and wait to find drugs,” he said at a press conference. Hunter said the method would be “effective, simple to administer, easy to obtain, and requires no complex medical procedures.”

Shortly after Oklahoma’s announcement, Alabama lawmakers voted to turn to the gas method should it run out of lethal injection drugs—or if lethal injection became unconstitutional. State senator Trip Pittman, who sponsored the bill, said the effects of the procedure would be akin to when passengers on an airplane pass out when the cabin loses pressure. “I believe it is [the] more humane option,” he told the New York Times. Alabama’s last execution by lethal injection occurred one week before the vote.

Mississippi’s nitrogen gas law was passed in 2017, but the state hasn’t executed an inmate since 2012.

Despite lawmakers’ claims that this would involve inmate’s just slipping into unconsciousness and then a painless death, the method has never been used in an execution anywhere in the world. In fact, the American Veterinary Medical Association has said that the procedure is inappropriate for euthanizing mammals, noting that a 70 pound pig that inhaled nitrogen gas would take seven minutes to die.

Dr. Zivot likens this form of execution to putting a bag over an inmates head “and imagining that they are going to be calm and agreeable while it happens.” Not only will the inmate be uncomfortable, it’s unlikely that death would be either easy or placid. Dr. Zivot says the more likely sequence of events would be the inmate would get a headache, followed by a rapid pattern of breathing, then fall into a stupor, may have a seizure, become unconscious, and then, finally, die. “But that death may take a while,” he cautions.

Because the Eighth Amendment prohibits cruel and unusual punishment, states that carry out the death penalty must find a so-called humane option to perform executions. A combination of drugs to make a lethal cocktail is the current preferred method, but this too is backed by very little scientific research. Oklahoma has yet to release a detailed plan of how its new procedure using nitrogen would work, but Dr. Zivot, who has cared for patients who have trouble breathing, doesn’t see how this method could be considered anything but cruel. “Even when we’re short of breath, ” he says, “it’s a very distressing experience.”