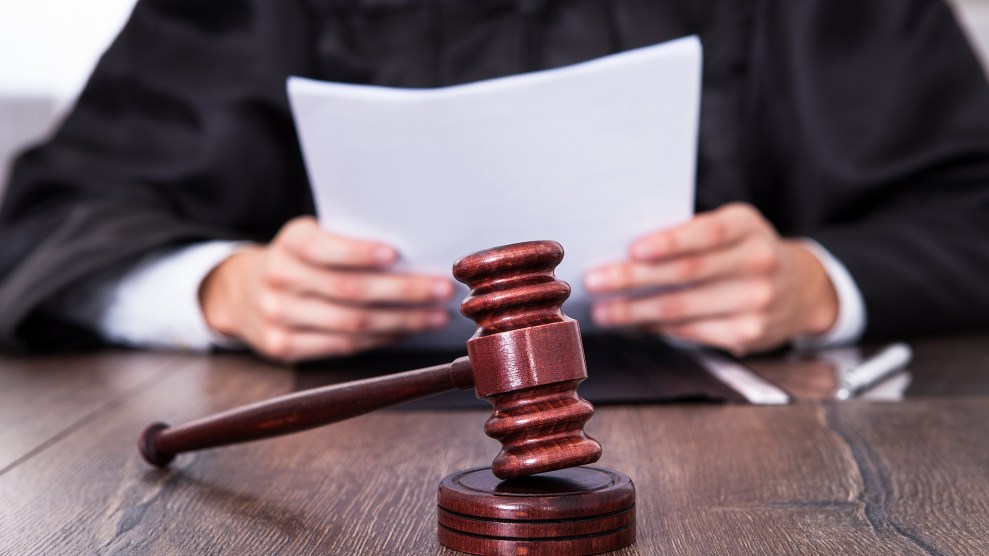 On Thursday, President Donald Trump announced four nominees to serve on the US Sentencing Commission, a bipartisan agency that creates sentencing guidelines for federal courts and is tasked with reducing sentencing disparities.

Two of the nominees have reputations for being tough on crime, including Georgetown University law professor Bill Otis, a former federal prosecutor who is a staunch supporter of mandatory minimum sentences and has criticized the commission’s guidelines for not being binding. “Our whole sentencing system that started in the Reagan-Bush era, the system of guidelines and mandatory minimums, has been a big success,” he told NPR last year after Attorney General Jeff Sessions urged federal prosecutors to seek the toughest punishments possible for their cases. “If one judges the success of the criminal justice system by the crime rate rather than the incarceration rate, under the system we’ve had and that Jeff Sessions is now restoring, there has been a tremendous fall-off in crime.”

In 2011, Otis told a House subcommittee that he believed the Sentencing Commission should be abolished, arguing that it became toothless after the Supreme Court in 2005 ruled that its sentencing guidelines should be advisory and not mandatory. “Fifteen years ago, the Commission was the 900-pound gorilla of sentencing law. It wrote binding rules, which courts followed more than seventy percent of the time, at an annual cost of roughly $8.8 million,” he testified. “Today, the Commission is an overfed lemur. It writes sentencing suggestion, which courts follow fifty-three percent of the time, at roughly twice the annual cost ($16.2 million).”

The second tough-on-crime nominee is Henry E. Hudson, a US district judge for the Eastern District of Virginia. Earlier in his career, as a prosecutor, Hudson stood by his decision to prosecute a mentally impaired man for the rape and murder of a woman in Arlington and then refused to apologize after the man served five years in prison and was exonerated by DNA evidence. He once declared, “I live to put people in jail” and was given the nickname “Hang ‘Em High” Henry.

The other two nominees saw advancements in their judicial careers under President Barack Obama. Judge William H. Pryor Jr., a former attorney general of Alabama, was appointed as a commissioner in 2013 by Obama and has now been nominated to serve as the commission’s chairman. Judge Luis Felipe Restrepo of Pennsylvania was appointed to the 3rd Circuit Court of Appeals in 2016 by Obama. Restrepo was born in Colombia, moved to the United States at age two, and worked as a public defender and a law clerk at the American Civil Liberties Union National Prison Project before becoming a judge.

The Sentencing Commission was created in 1984, following criticism that federal judges across the country were handing down different sentences for people convicted of the same crime. Under the Obama administration, commissioners reduced punishments for many federal drug offenses, allowing tens of thousands of inmates to seek reduced sentences.

The four nominations were announced days after the White House dealt a blow to sentencing reform in Congress. On Tuesday, senior White House officials told reporters that the Trump administration did not see a way to advance the Sentencing Reform and Corrections Act, a bill championed by Senate Judiciary Committee Chairman Chuck Grassley to reduce mandatory minimum prison sentences, after it faced pushback from conservative lawmakers and Sessions, who described it as a “grave error” that would allow a “highly dangerous…criminals” to leave prison sooner.

“The sentencing reform part still does not have a pathway forward to getting done,” a White House official said. The Senate Judiciary Committee had advanced the bill to the floor by a 16-5 vote last month.