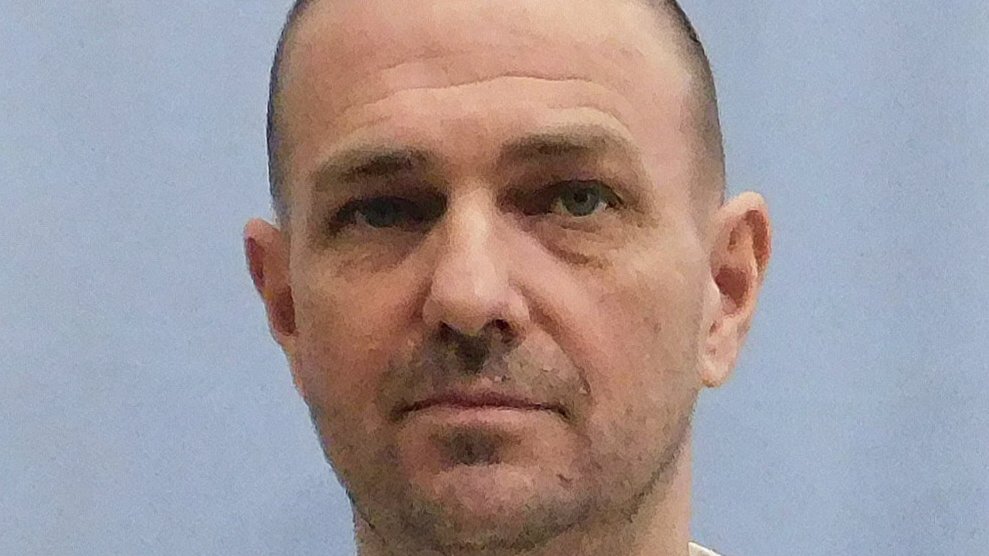 Alabama is scheduled to kill Michael Eggers tonight. But instead of the normal flurry of last minute attempts to save his life, the 50-year-old inmate, who has spent nearly 20 years in prison, has waived his right to appeals and has repeatedly told the courts that he wants to die.

According to his former lawyer, John Palombi, Eggers is not competent to declare that he wants to skip the rest of the appeals process and expedite his execution. “Michael Eggers is severely mentally ill,” he wrote in a court filing. However, the courts disagree—in December the 11th Circuit upheld a district ruling that declared him competent and allowed the state to move forward with his execution.

Within all the arguments about the death penalty, Eggers’ case raises important questions about capital punishment: Who is too sick to be executed? What constitutes sufficient evidence of mental illness? And how do the courts decide?

In 2000, Eggers was an employee at Bennie Murray’s traveling concession stand business. Eggers admitted to prosecutors that, a few months after leaving the job, he had choked and beaten his former boss to death because she had slapped him during an argument and refused to help him pick up his disabled car. He was convicted of murder.

During the trial, evidence was given that this crime was the culmination of a troubled history of behavior consistent with severe mental illness. Eggers’ older brother was diagnosed with paranoid schizophrenia and involuntarily committed. According to court documents, people who knew Eggers said he appeared to have the same symptoms, which grew worse over time. After a brief stint as an informant on motorcycle gangs and the mafia for the San Bernardino Sheriff’s Office in 1985, Eggers became convinced that all levels of government were working to cover up his work. In his testimony and court filings, he accused law enforcement of being a part of a larger conspiracy against him and blames this for his murder of Murray in 2000.

During his trial in Alabama in 2002, he read a statement to the jury asking them to sentence him to death. Prison medical records show that Eggers suffered from delusions over the years, including hallucinations, paranoia, and a suicide attempt. He was represented by several lawyers over the years, with the latest being John Palombi, who was appointed in 2014 but was fired last December.

“For over four years, Mr. Eggers has been unequivocal about one thing: He does not want appointed counsel to represent him.”

On Monday, Palombi argued in a filing to the US Supreme Court that Eggers doesn’t actually want to die—all he wants is to represent himself. “For over four years, Mr. Eggers has been unequivocal about one thing: He does not want appointed counsel to represent him,” Palombi wrote, and urged the court to consider that “a request for self-representation along with a request to be executed is not logically consistent.”

Since he was imprisoned, Eggers has vacillated between requesting that his appeals process continue and asking that his execution be expedited. In 2003, Eggers asked the Alabama appeals court to disregard his counsel’s filings and execute him. Sometime later, he decided he wanted counsel but promptly fired them. After representing himself for a portion of the early appeals process, another lawyer was appointed, but Eggers subsequently fired him and filed a complaint against the lawyer with the state bar association saying he was a part of the conspiracy against him. In 2014, Eggers sought to discharge the federal defenders, including Palombi, just five months after they were appointed, saying they too were a part of the conspiracy. When the district court refused to let him fire his lawyers or represent himself, he “threatened to drop his appeals,” according to court documents.

Finally, in 2016, Eggers wrote a handwritten letter to the court contending that executing him would bring justice to the victim’s family. “Eggers now moves this court to expedite Eggers execution, sentence of death and the effective administration of justice, for the family members of one Bennie Francis Murray and citizens of the state of Alabama,” he wrote. “Family members should not be exposed to the procedural roller coaster, allowing for closure, while ensuring due process and equal protection under the state and federal constitution.” Eggers also said that “[o]ne would argue” spending 20 to 30 years in prison followed by an execution constituted “cruel and unusual punishment.”

The court held a competency hearing for the inmate in 2016. Eggers’ counsel retained Dr. Ken Benedict, who testified that Eggers suffered from schizophrenia, psychotic disorder, narcissistic personality disorder, and, possibly, a delusional disorder.

The court allowed Eggers to question Dr. Benedict, and he challenged the psychiatrist’s claims that he had any psychological disorders. The state countered Benedict’s finding in a testimony by psychologist Dr. Glen King who said that Eggers didn’t suffer from any mental illness, but he may have narcissistic personalty disorder. (Personality disorders are not considered severe mental illnesses.) The court concluded that Eggers was competent to waive his appeals.

Palombi still believes that his former client is too mentally ill for execution. He’s asking the US Supreme Court to stay the execution and review his case. “There is a human aspect to all this,” he said on Tuesday to the local Alabama NBC affiliate. “Michael is very sick.”