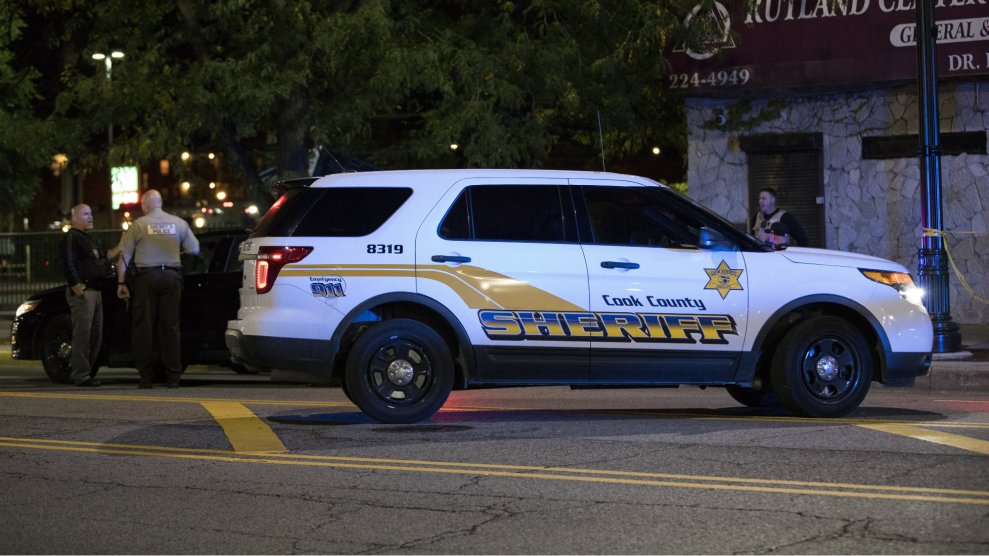 A legal fiasco in Cook County, Illinois, which includes Chicago, could lead to the reinstatement of scores of sheriff’s officers and jail personnel who were fired or suspended for misconduct—including, in some cases, the excessive use of force.

In October, the Illinois Supreme Court let stand a 2016 appeals court ruling that the firing of Percy Taylor, a former Cook County sheriff’s officer, was null and void. Taylor was fired in 2012, according to the Chicago Tribune, for failing to report a drunk driving conviction to his supervisors—he had also been accused of firing an air rifle into a neighbor’s car while his neighbor was in the vehicle. But Taylor’s attorneys argued that the sheriff’s Merit Board, the panel that makes disciplinary decisions in the worst misconduct cases, was improperly convened. The board’s decision was therefore moot, the attorneys argued—a circuit court judge agreed.

“These are correctional officers who have betrayed the public’s trust, who have in some instances engaged in criminal conduct.”

The problem was that Sheriff Thomas Dart had appointed an interim board member to complete the six-year term of another member who had departed prematurely. This violated state law, which only permitted Dart to appoint board members for a full six-year term—a technicality Dart and his predecessors overlooked. As a result, the judge decided, Taylor was entitled to a new disciplinary hearing before a properly constituted board, and $400,000 in back pay. Dart appealed the ruling, lost, and then petitioned for a hearing by the state Supreme Court, whose decision not to review the case opened the door for other former and current county police officers, court deputies, and corrections officers to challenge the Merit Board’s disciplinary decisions.

The Taylor ruling is an absolute nightmare for the Cook County Sheriff’s Office, not to mention the citizens of Cook County. Appointing interim board members has been standard practice for decades, says sheriff’s office policy chief Cara Smith; it began well before Dart became sheriff in 2006. Now, any of hundreds of officers disciplined by the Merit Board over the years could potentially file to have a court review their case on the grounds that the boards that heard their cases also included improperly seated members. Officers fired or disciplined by the board as far back as 2005 have already done so, according to Smith. The Merit Board only hears cases of serious misconduct punishable by a suspension of one to six months, a demotion in rank, or termination.

“Excessive use of force. Excessive absenteeism. Fraud. Domestic violence. Sexual assault. Criminal conduct that occurs outside or inside the workplace. Bringing contraband into the jail,” Smith says. “These are correctional officers who have betrayed the public’s trust, who have in some instances engaged in criminal conduct, and as a result of this quirky decision we’re looking at the potential of having to bring them back to work.” Worse, it’s happening “at a time when we’re working to enhance the accountability of law enforcement in this office and across the country.”

On December 4, Dixie Rios, a former jail guard, returned to work at the sheriff’s office after a judge ordered her reinstated with $300,000 in back pay. Her attorney, citing the Taylor decision, had argued that Rios was entitled to her job back. Rios’ firing, for allegedly passing a jailhouse threat from her incarcerated, gang-affiliated brother to another inmate, was approved by the Merit Board in 2014. (Rios denies any wrongdoing.) Rios’ attorney, Christopher Cooper, who specializes in employment law, told me he represents several officers with wrongful termination claims who are pursuing a class-action lawsuit on behalf of dozens more.

To make room for returning bad apples, the sheriff’s office would have to start handing out pink slips, says a sheriff’s spokeswoman.

If such a suit succeeds, Smith told me, the county could be on the hook for up to $15 million in back pay for hundreds of officers. To make room for returning bad apples, she adds, the sheriff’s office would have to start handing out pink slips: “We are at a barebones point in terms of our budget. So bringing back these bad officers is going to result in layoffs of hardworking, good, young officers who have joined our department.”

The appellate ruling might also invalidate Merit Board proceedings in around 200 disciplinary cases reviewed between the lower-court ruling in Taylor’s case in early 2016 and last month, when the state attorney general ordered Dart to temporarily halt the board’s activities. Up until then, the board was still operating with one or more interim members. Smith explains that the sheriff’s office had to balance the need for a functioning disciplinary board against the chances of winning in its appeal to the state Supreme Court.

To make matters worse, the board also makes decisions about promotions and approves all applications for employment. So the sheriff’s office is trying to figure out how the Taylor ruling might affect all of that.

On December 8, Gov. Bruce Rauner signed legislation that scraps the Merit Board in its current iteration and gives Dart discretion to make decisions about appointments, including appointing interim board members. Smith says Dart intends to re-appoint all nine axed board members to the newly constituted board.

The reconstituted board, she says, may seek to retry some reinstated officers on the same disciplinary charges. Cooper, the employment law attorney, told me he thinks this could violate the officers’ right to due process. Such a dispute would have to be resolved in court.

In any case, it’s clear that the county and its taxpayers will be grappling with the ramifications of the Taylor decision in one way or another for years to come.

“We are left litigating these cases individually and striving to put together a long-term solution,” Smith says. “It’s anybody’s guess” how long this could play out, but “it’s our priority. It’s what a team of us are working on seemingly all day and all night.”