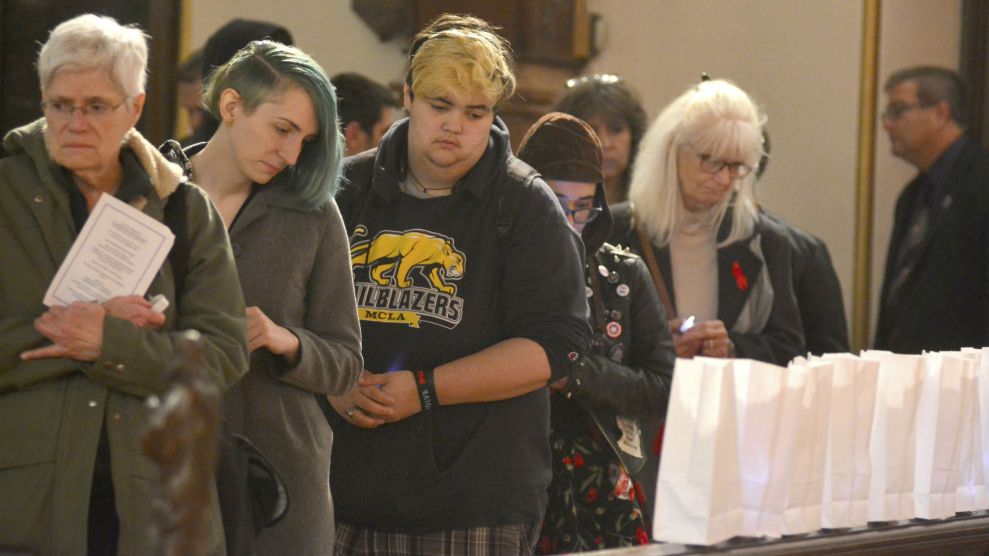 At least 25 transgender people have been violently killed in 2017, more than during any other recorded year in the past decade, according to a new report from the Human Rights Campaign (HRC). The report notes that 84 percent of the victims were people of color and 80 percent identified as female. Trans women are four times more likely than cisgender women to be homicide victims, according to the report.

“Each of the stories featured in this report is unique, tragic and devastating,” Trans People of Color Coalition Executive Director Kylar Broadus said in a statement. “Unpacking these stories is a difficult but necessary process if we as a society want to protect the most vulnerable and address the root causes for their unjust and premature deaths.”

Violence against trans people isn’t new and even still, we’re far from understanding the full scope of the problem. In the past five years, HRC calculated more than 100 trans deaths due to violence according to media reports, though this is likely an underassessment as many cases go unreported and victims sometimes aren’t identified as transgender in news reports. More than half of those 100 victims lived in the South, nearly 60 percent were victims of gun violence, and about 85 percent were people of color.

Increased violence against trans men and women reflects a larger shift in how the country addresses trans rights, particularly under President Trump. Just this year, Trump proposed a transgender military ban and appointed several anti-LGBT public officials, including federal judges. In October, Attorney General Jeff Sessions issued a memo allowing businesses to discriminate against LGBTQ individuals on the basis of “religious freedom.” And several states have blocked transgender people from using the bathrooms suitable for their gender identity. A 50,000-youth HRC survey found that 70 percent of participants say they witnessed bullying and harassment as a result of the election and 79 percent said the harassment occurred more frequently since the start of the presidential campaign.

HRC’s report came in advance of Monday’s annual Transgender Day of Remembrance, a day to remember transgender people who have lost their lives because of transphobia.

“There is still so much to be done to combat transphobia across our country and around the world. Nowhere is that more evident than at the doorstep of the White House, where Donald Trump and Mike Pence have made discrimination against LGBTQ people, as well as so many others, a top priority,” write Broadus and HRC president Chad Griffin in an opening letter in the report. “Now, more than ever, we must continue to stand with our transgender friends and family in the fight for a world free of fear, violence, and discrimination.”