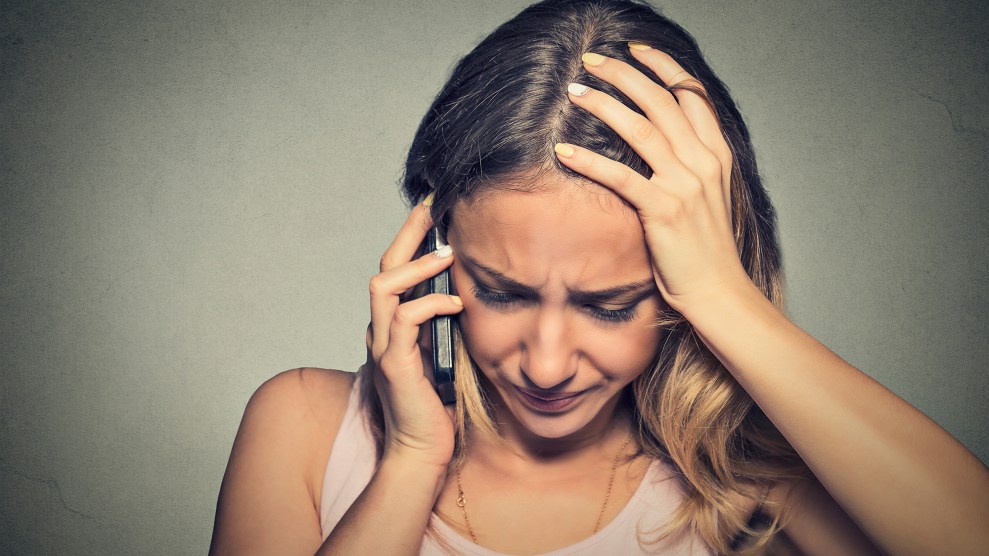 There’s a good chance that while you’re reading this, your cellphone is either in your pocket or within arm’s reach. That phone helps produce tons of identifying data about you—and where you are located. The future privacy of that information may depend on a landmark case that the Supreme Court agreed on Monday to hear. Carpenter v. United States asks whether the government can get records from phone companies showing the location of customers without first obtaining a warrant. It centers on a man in Michigan named Timothy Carpenter who was convicted of six robberies after his phone company turned over his location data to authorities.

“It’s not an exaggeration to say that the future of surveillance law hinges on how the Supreme Court rules in this case,” according to GW Law professor Orin Kerr.

Carpenter’s case could have broad ramifications for people across the country. “It’s not an exaggeration to say that the future of surveillance law hinges on how the Supreme Court rules in this case,” Orin Kerr, a professor at the George Washington University Law School, wrote in the Washington Post. Here are some more reasons why you should be following this one:

1. Your location data can reveal deeply personal things about you. As you go about your day with a phone by your side, your service provider uses cell towers around your town or city to collect and retain information about where you are. “Based on that, you can infer what people are doing—whether they are stopping off at a doctor’s office or a psychiatrist’s office, going to a political rally, an abortion clinic, or an NRA office, or spending the night at home or in another neighborhood, perhaps at a lover’s house,” says Nathan Freed Wessler, an attorney with the American Civil Liberties Union who represents Carpenter. “That’s really private information, and the question here is whether the Fourth Amendment requires police to go to a judge and get a probable-cause warrant.”

2. The police regularly request this data from wireless providers without warrants. Law enforcement agencies make hundreds of thousands of these record requests every year to major service providers like AT&T, Verizon, T-Mobile, and Sprint. To do it, they often use a 1986 federal law called the Stored Communications Act, which says the government only needs to show the records are relevant to an investigation—if they were required to get a warrant, they’d need to show probable cause that a crime had been committed, which is more difficult. When the law was passed, not many people had cellphones; there were barely 1,000 cellphone towers in the entire country, Wessler says.

3. The ruling could shake up a key idea in surveillance. The government has argued it doesn’t need a warrant because of the so-called third-party doctrine—the notion that when you give information to a third party like AT&T, you should know that it might hand over the data to somebody else, which means you’ve given up your reasonable expectation of privacy. That idea stems from Supreme Court decisions in the 1970s, before cellphones and laptops became ubiquitous. But today, it has much broader ramifications, says Andrew Crocker, an attorney at the Electronic Frontier Foundation, a digital rights group. “So much of our lives involve using technology run by other people or provided by other people or enabled by other people,” he says—pointing to everything from Fitbit fitness bracelets to Nest thermostats.

4. We’re not just talking about phones. The Carpenter case focuses on phone data, but the court’s ruling could affect the privacy of other types of data, too, says the ACLU’s Wessler. “It’s virtually impossible to exist in modern society without leaving a veritable trail of digital breadcrumbs behind you that reveal not just a few details of your life, but really a comprehensive picture of who you are and what you’re doing,” he says. Third parties like Amazon can track the types of things you buy, for example. The third-party doctrine might also make it possible for the government to access these online transactions—or your medical records or financial info—without a warrant. “It’s been four decades since the Supreme Court addressed the question of how the Fourth Amendment protects those types of records, and those old decisions just don’t take account of how we live our lives today.”

While it’s hard to predict how the Supreme Court will rule on the Carpenter case, Crocker says some of the justices have indicated they’re uneasy relying on the third-party doctrine in today’s high-tech world. In 2012, when the high court ruled that law enforcement needed a warrant before putting a GPS tracker on someone’s car, Justice Sonia Sotomayor suggested that “it may be necessary to reconsider” the third-party doctrine. “This approach is ill suited to the digital age, in which people reveal a great deal of information about themselves to third parties in the course of carrying out mundane tasks,” she wrote. We’ll see whether the other justices agree.