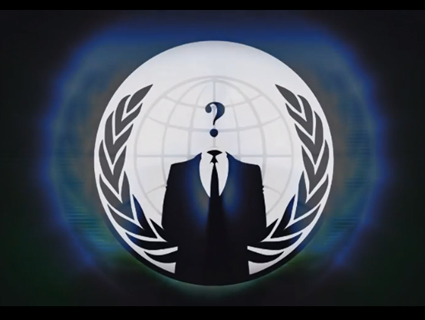 It’s becoming an all-too-familiar narrative. The otherwise-sleepy middle American town in the spotlight this time around is Maryville, Missouri, where former high school football player Matthew Barnett, the grandson of former Missouri state Rep. Rex Barnett, was accused of sexually assaulting a highly intoxicated 14-year-old girl named Daisy Coleman, while a 15-year-old boy was accused of doing the same to the girl’s 13-year-old friend. A third boy, Jordan Zech, admitted to recording one of the incidents on a cellphone. Daisy’s mother later found her sprawled on the front porch of her house in a semiconscious state, her hair frozen and her shoes and possessions scattered in a neighbor’s yard.

That cold January night in 2012 was only the beginning of the nightmare for the Coleman family, who told their story in an in-depth feature in the Kansas City Star on Sunday. Daisy’s mother, Melinda Coleman, who allowed the press to use her daughter’s name, told reporter Dugan Arnett that in the weeks and months following the incident, Daisy and her family members were spurned and bullied and eventually run out of town. Later, the Coleman’s house in Maryville, which was on the market, mysteriously burned to the ground. Fire officials haven’t determined the cause of the blaze. The Star reported that despite many of the facts in the case being largely undisputed—the boys said they had sex with the girls and admitted to leaving Daisy “outside in 30-degree weather”—Robert Rice, the Nodaway County prosecutor, dropped the felony sexual assault and misdemeanor child endangerment charges against Barnett and a felony sexual exploitation charge against Zech.

Rice told the Star the charges were dropped for lack of evidence and other information that came to light. “There wasn’t any prosecuting attorney that could take that case to trial,” he said. But the 15-year-old boy admitted to having nonconsensual sex with Daisy’s friend, was charged as a minor, and made a plea deal to serve several months in a juvenile facility, according to local public radio station KCUR.

Now Anonymous, the amorphous collective of online activists, pranksters, and hackers, is on the case. The group is credited with bringing national attention to cases like this through internet and social-media campaigns. It’s also responsible for sometimes employing questionable, borderline illegal tactics to expose the people they think are to blame. Such was the case in Steubenville, Ohio, where two high school football players were accused of raping a girl. An offshoot of Anonymous gained access to private social-media accounts and leaked videos and photos that revealed the identities of many high school students who were caught talking about the rape on camera but were never charged with crimes. Though the group’s intentions may have been in the right place, Anonymous’ tactics also swept up the victim in its crusade for justice, exposing her identity to the world. Yesterday, the group released a statement announcing their campaign #OpMaryville and #Justice4Daisy:

We demand an immediate investigation into the handling by local authorities of Daisy’s case. Why was a suspect, who confessed to a crime, released with no charges? How was video and medical evidence not enough to put one of these football players inside a court room? What is the connection of these prosecutors, if any, to Rep. Rex Barnett? Most of all, We are wondering, how do the residents of Maryville sleep at night?

Gabriella Coleman (no relation to the alleged victim), a McGill University anthropologist who is writing a book about Anonymous, calls these campaigns seeking justice for rape victims one of the group’s more successful issues. After the hacktivist collective successfully turned Steubenville into a national story through its unforgiving rogue tactics, the group has been approached by dozens of alleged rape victims pleading for help. “It doesn’t surprise me at all that they are going after this,” Coleman says. “The fact that Anonymous is interested can bring massive attention to the issue.”

But where there is vigilantism, there can also be collateral damage. Take the residents of Steubenville, who were painted as apologists for the two high school football stars that were convicted in March of raping a girl there. Outspoken feminist writer Katie J.M. Baker filed a dispatch from Steubenville in September for Jezebel and described the residents as traumatized by the events that transpired and despondent over the characterization of the entire community as being complicit with the act.

Townspeople who tried to set the record straight by talking to reporters told me they were dubbed victim-blaming rape apologists and received so many death threats they had to change their phone numbers and email addresses. “We supported and still support Jane Doe 100%,” [one Steubenville resident] said. “But the focus shifted when we watched helplessly as the media ripped innocent people apart we’d known since we were babies.” She said her priorities changed when commenters posted photos of her young children online and called for them to be raped because her husband is a Big Red coach. “That’s when this became less about Jane Doe and more about an entire town being destroyed for what two people did,” she said. “That’s when Jane Doe’s wellbeing took a backseat.”

But Baker ultimately concluded opening a national conversation on rape culture, entitlement, and sexual consent is worth the possible fallout. “Horrible stories like this one make a strong case for narrative trumping nuance,” Baker tells Mother Jones. “It’s less important to me how this story [in Maryville] is different from Steubenville and more important that the country has Steubenville as a reference point in listing the ways the fight against rape culture is far from over—and we wouldn’t if it wasn’t for Anonymous, despite their mishandling of the Steubenville case.”

In the coming days, Gabriella Coleman says she expects a coordinated campaign by Anonymous to get the local law enforcement back on the case, despite the dismissal of the charges. She said the group has learned from its past campaigns, including the Rehteah Parsons case in Canada, where the group successfully lobbied local law enforcement to reopen what had been considered a closed case.

“Unless there is publicity, a lot can fall through the cracks,” Coleman says. “It’s certainly the case that sometimes the publicity brought to a case has negative consequences, but one can also say bringing no publicity to the acts has even worse consequences.”

Anonymous’ #OpMaryville acts so far have fallen more in the prankster realm than in serious hacker sleuthing. Yesterday, the group exposed a restaurant that was linked to Barnett, and people subsequently flooded the Yelp page with negative reviews. But the collective is also asking the press to file Freedom of Information Act requests to look for any connection between Rex Barnett and the prosecutor who dropped the charges against the boys. They have also planned a demonstration in Maryville on October 22, asking supporters who cannot attend to send daisies in support.