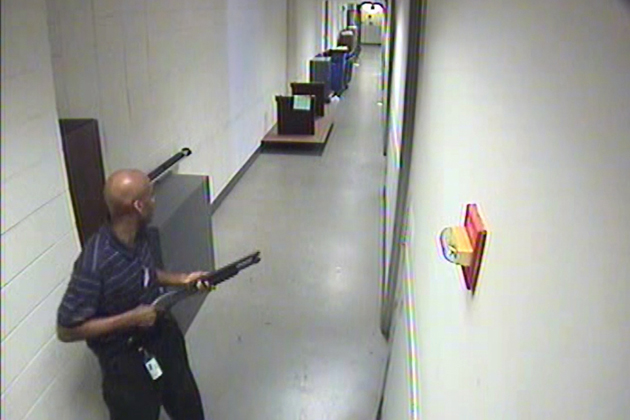 Each time another mass shooting takes place, gun rights advocates are quick to blame the attack on the prohibition of firearms in public places. Their argument claims to explain both the motive behind mass shootings and how they play out: The killers deliberately choose locations where guns are forbidden, they say, and therefore no “good guy with a gun” is on hand to stop the attack. Conservatives’ response to the massacre at the Washington Navy Yard was no exception. (Never mind the heavy security at the military installation.) As Fox News’ Martha MacCallum put it, “On a military base, you’re not allowed to carry weapons,” and “someone working or familiar with the area probably would know that.”

Her speculation may have sounded vaguely plausible, but it had no basis in fact. As I explained in a piece in USA Today earlier this year, in scores of mass shooting cases over the last three decades there isn’t a single one in which the killer is known to have targeted a location because it banned guns. To the contrary, evidence in the vast majority of cases shows the motive was clearly otherwise, from workplace revenge to hate crime to a killer’s obsession with his former school.

We now have the same understanding of the Navy Yard mass shooter, thanks to an FBI report released on Wednesday, which includes evidence pertaining to Aaron Alexis’ state of mind. Not only was he plagued by serious mental illness, as previous news reports suggested, but Alexis also had no expectation of entering a venue that was free of firearms. According to the FBI’s analysis of evidence it recovered from his belongings, “There are indicators that Alexis was prepared to die during the attack and that he accepted death as the inevitable consequence of his actions.”

That finding fits with a clear pattern in the data we gathered in our mass shootings investigation: The perpetrators weren’t looking for a safe, gun-free place to carry out their attacks—most of them were on suicide missions.

The FBI on Wednesday also released some eerie surveillance footage of Alexis entering the Navy Yard premises and moving with stealth through the corridors of Building 197 as he stalked his victims. We’ll never fully know what was going through his disturbed mind, of course, but judge for yourself whether he was acting like a person who believed he was operating in a place full of defenseless sitting ducks: