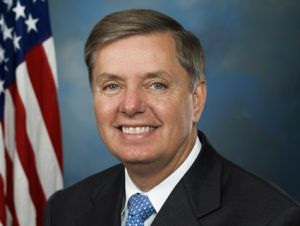 When the Obama administration is killing alleged terrorists with deadly flying robots, Republicans complain that too many of them are being killed rather than captured. When the Obama administration captures alleged terrorists, Republicans complain that they’re being given inappropriate trials instead of being locked away for life.

On Thursday, Suleiman Abu Gaith, identified by US officials as Osama bin Laden’s son-in-law and a spokesperson for Al Qaeda, was indicted in federal court in New York City on charges of conspiracy after reportedly being handed over to the US by Jordanian authorities.  Senators Lindsey Graham (R-S.C.) and Kelly Ayotte (R-N.H.) promptly went ballistic, saying military detention was imperative. “By processing terrorists like Sulaiman Abu Ghayth through civilian courts, the Administration risks missing important opportunities to gather intelligence to prevent future attacks and save lives.” They added that Obama’s “lack of a war-time detention policy for foreign members of Al Qaeda, as well as its refusal to detain and interrogate these individuals at Guantanamo, makes our nation less safe.”

But Graham and Ayotte have their history wrong. During the Bush administration, hundreds of people were convicted in civilian courts on terrorism charges, many affiliated with Al Qaeda, without complaint from Republicans. There’s nothing about military detention that magically compels terror suspects to open up—for example, Ali Saleh Kahlah al-Marri, one of two people apprehended in the US who spent several years in military detention during the Bush administration, did not begin talking until he was put back into the criminal justice system. Gaith isn’t being charged with involvement in a specific attack but rather for being a part of Al Qaeda’s conspiracy to kill Americans, and that means that he may not even by prosecutable by military commissions, which have a far worse track record than federal courts when it comes to terrorism.

What Graham and Ayotte really want is to force Obama to completely abandon his promise to close Gitmo by sending new detainees there—not least because Congress has already made the transfer of Gitmo detainees to the US for trial all but impossible. Two years ago Republicans tried unsuccessfully to force the administration to funnel anyone suspected of involvement with Al Qaeda into military detention, even if they were arrested in the United States. They have not yet managed to block the administration from bringing foreign terror suspects into the country for trial in federal court.

At the same time that Graham is constraining the Obama administration’s ability to try suspected terrorists in civilian court, he criticizes the administration for relying too much on targeted killing. (The administration says it only uses lethal force when capture is “infeasible.”) Graham explained to Esquire‘s Tom Junod last year: “I can tell you that the operators are in a bad spot out there. They know that if they capture a guy, it creates a nightmare. And it’s just easier to kill ’em.” But what Graham didn’t mention is that he and his colleagues helped create the nightmare.