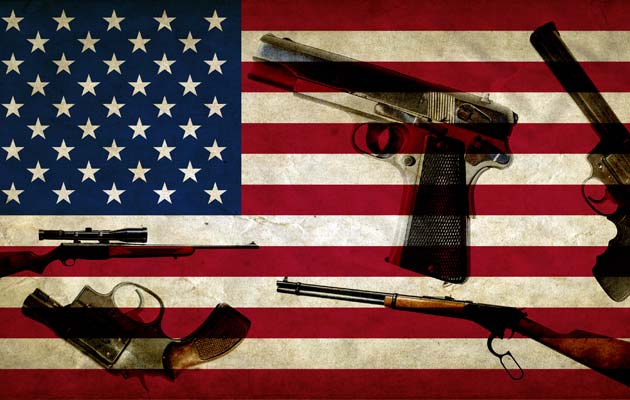 A New Orleans judge ruled last Thursday that a law forbidding felons from owning firearms infringes their rights to keep and bear arms as guaranteed by the state’s newly amended constitution.

Although Louisiana already had extremely permissive gun laws (and the second highest gun-murder rate in the country), last November voters overwhelmingly passed an initiative backed by the National Rifle Association that made gun ownership a fundamental right with the same levels of protection as the freedoms of religion and speech.

The amendment requires judges to review gun-control legislation using “strict scrutiny,” the most stringent standard of judicial review. In his decision, Judge Darryl Derbigny wrote that statute RS 14:95.1, which bars firearm ownership for people convicted of violent crimes, such as murder, assault, rape and battery, and certain misdemeanors, is “unconstitutional in its entirety.”

The case before Derbigny involved a 20-year-old man who had pleaded guilty to attempted simple burglary, a misdemeanor. He was later charged for riding in a car with a 40-caliber Smith and Wesson and an AK-47 with a 30-round magazine in the backseat. Derbigny dismissed the charge. The prosecuting attorney plans to appeal the decision, and the case will move to the state Supreme Court.

New Orleans District Attorney Leon Cannizzaro had warned about the repercussions of Louisiana’s gun-rights amendment, predicting challenges to the constitutionality of existing gun laws. “Ultimately, I believe that this amendment represents an effort by some to transform Louisiana into an unrestricted concealed carry state,” he wrote last November. “That is a state in which any individual is legally entitled to carry a concealed weapon without a permit or criminal background check, and without regard to criminal history.”

New Orleans’ DA sees an effort to make Louisiana a state “in which any individual is legally entitled to carry a concealed weapon without a permit or criminal background check, and without regard to criminal history.”

Federal law currently prohibits people with felony convictions from buying and owning guns, but a 2011 New York Times investigation revealed that thousands of felons get their gun-ownership rights restored, including those convicted of murder, manslaughter, and other violent crimes. Federal gun bans don’t apply to ex-cons if states choose to restore their civil rights.

In at least 11 states, according to the Times, nonviolent offenders automatically regain their gun-ownership rights after they finish their sentences or are not charged with new offenses for a certain time. Violent criminals may petition to get their gun rights back in states such as Ohio, Minnesota, and Virginia, and the standards judges use to restore these rights, the Times found, “are generally vague, the process often perfunctory.”

For instance, under Washington’s Hard Times for Armed Crimes Act, judges have no discretion to deny felons their gun rights based on mental health, character, and other factors. Analyzing data from Washington, the Times found that since 1995, more than 3,300 felons and people convicted of domestic violence have regained their gun rights in the state: “Of that number, more than 400—about 13 percent—have subsequently committed new crimes, the analysis found. More than 200 committed felonies, including murder, assault in the first and second degree, child rape and drive-by shooting.”

Meanwhile, Republican lawmakers across the country are pushing felons’ gun rights (while others are denying them voting rights). In January, a state representative from Colorado introduced a bill that would allow people convicted of nonviolent crimes or felonies to possess guns after release. A similar Republican-backed bill was introduced in Oklahoma a month later, but that plan was derailed when party members learned “nonviolent” offenses also include drug trafficking, child prostitution, and child pornography.