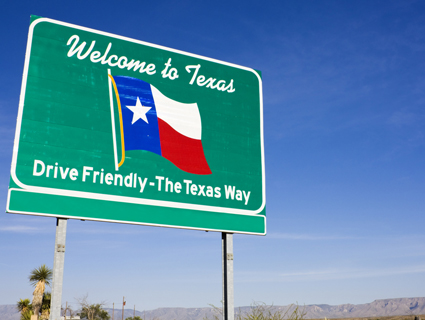 Update, 7:02 p.m. EDT: The Supreme Court has denied a stay of execution for Marvin Wilson.

Update 2: Wilson was declared dead at 7:27 EDT on Tuesday.

Marvin Wilson sucked his thumb into his adulthood, reads at a second-grade level, has an IQ of 61, doesn’t know the difference between left and right, and as a child couldn’t wear a belt without cutting off his circulation. On Tuesday, barring a last-minute intervention from the US Supreme Court, he’ll be executed in Texas.

In 1992, Wilson murdered a police informant who had caught him dealing cocaine. Wilson had help—his lawyers still maintain that he didn’t pull the trigger—but the larger question isn’t about his guilt; it’s about his mental competence. The Supreme Court ruled in the 2002 case Atkins v. Virginia that states can’t execute the mentally disabled because it would violate the Eighth Amendment’s prohibition of cruel and unusual punishment. The evidence for Wilson’s incompetence is manifest. In addition to the facts listed above, his lawyers noted in a brief filed for the court that the only expert to professionally examine Wilson, a neuropsychologist, “concluded that Mr. Wilson had mild MR, the cognitive condition that precipitated the Atkins exemption.”

Read the story of how Gov. Rick Perry, champion of Texas justice, was forced to pardon a dead man.

Texas’s interpretation of Atkins isn’t that mentally disabled people can’t be executed; it’s that there’s a threshold of disability at which execution is no longer acceptable. In other words, you can be mildly disabled and still fall beneath the “level and degree of [MR] at which a consensus of Texas citizens” would have a problem with your state-commissioned death. That is where things get really weird—because why should a “consensus of Texas citizens” have any input on what constitutes mental incompetence? Isn’t that what neuropsychologists are for?

The determinants were posited around the character Lennie Small in Steinbeck’s 1937 novel Of Mice and Men.

“Most Texas citizens,” the argument ran, “might agree that Steinbeck’s Lennie should, by virtue of his lack of reasoning ability and adaptive skills, be exempt” from execution. By implication anyone less impaired than Steinbeck’s fictional migrant ranch worker should have no constitutional protection.

Wilson is scheduled to be executed sometime after 7 p.m. EST.