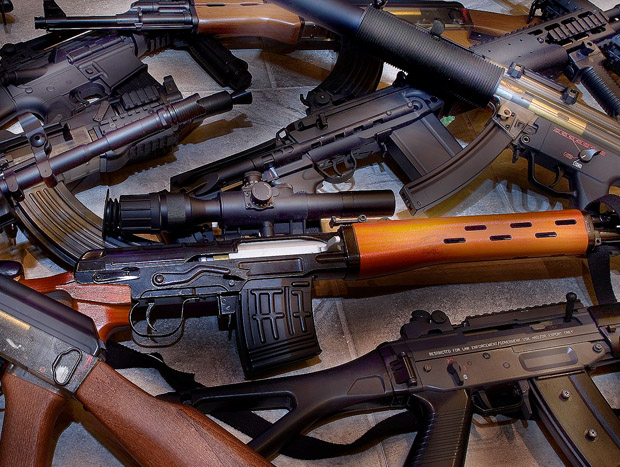 How are tons of US guns getting to Mexico? Ask conservatives. Flickr/Brian.chThe “Fast and Furious” imbroglio may have just gone sideways on House Republicans. Just prior to them leading a House vote for contempt against Attorney General Eric Holder on Thursday, a far-reaching investigation published by Fortune magazine poked major holes in the conservative storyline about the alleged gun operation. Claims that law enforcement engaged in a deadly plot to let Mexican outlaws smuggle US guns, the magazine reports, are based on allegations by a lone whistleblower who may in fact be the only person who did any illegal gun-smuggling. The real cause of violence and crime south of the border, it reports, is lax gun laws in Arizona and elsewhere pushed by Republicans and their friends at the National Rifle Association.

Also read: How the NRA and Its Allies Helped Spread a Radical Gun Law Nationwide.

To review the allegations in brief: Agents from the Bureau of Alcohol, Tobacco, Firearms, and Explosives (ATF) supposedly recruited local sellers in Arizona to hawk guns to known smugglers, then monitored the flow of those guns to criminal gangs in Mexico in the hopes of catching “big fish,” in a tactic known as “gun-walking” (as opposed to “gun-running”). Two of these ATF-monitored assault weapons ended up at the crime scene where Brian Terry, a US Border Patrol agent, was shot and killed in December 2010. An ATF agent with a crisis of conscience blew the whistle on the operation, dubbed Fast and Furious, and Republicans in Congress began asking questions.

Now, Rep. Darrell Issa (R-Calif.), chairman of the House government oversight committee, suspects the White House of involvement in the affair, and has demanded the administration turn over scores of internal communications. The White House has acknowledged that mistakes were made and turned over more than 7,600 pages of documents related to the case. But Issa demanded another 100,000 pages of internal administration communications, and President Obama invoked executive privilege to keep the documents confidential. Issa responded by pursuing the contempt-of-Congress vote against Holder—the first ever against a sitting attorney general—on the notion that the DOJ screwed up on Holder’s watch.

According to Fortune, though, almost everything about the story that Republicans have been flogging is wrong. And the magazine makes the case that the GOP’s allegations against Holder and the Obama administration aren’t just inaccurate—rather, they distract from the possibility that GOP’s politics are actually to blame for the deluge of three-quarters of a million American guns per year into Mexico. “Republicans who support the National Rifle Association and its attempts to weaken gun laws are lambasting ATF agents for not seizing enough weapons—ones that, in this case, prosecutors deemed to be legal,” the report states.

“Republican senators are whipping up the country into a psychotic frenzy with these reports that are patently false,” Linda Wallace, an IRS agent who worked on the Fast and Furious team and calls herself a “gun-rights supporter,” told Fortune. Could Fast and Furious be a new Climategate, the next fact-free conservative conspiracy that takes roost in America’s collective unconscious?

The Fortune exposé, which reporter Katherine Eban says took her six months to assemble, is exhaustive and tough to summarize, but its highlights are these: 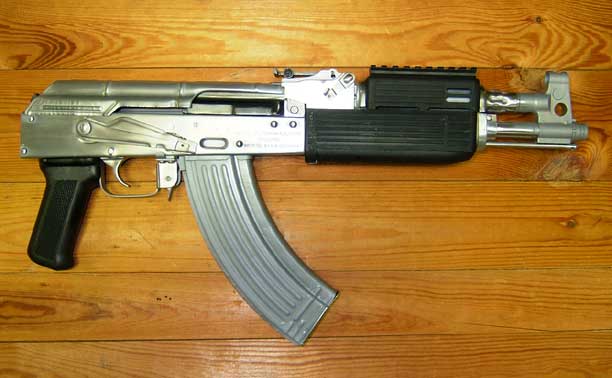 AK Draco Slickguns.comIt’s a modified, semiautomatic AK-47 carbine with the buttstock removed. Under the Clinton-era Brady Assault Weapons Ban, which was allowed to expire in 2004, this gun would have been illegal for sale in the US.)

From there, the right-wing blogosphere—which tends to regard the ATF as a bunch of jackbooted thugs—took over, spinning Dodson into a heroic whistleblower and pretending that his very small transaction was part of a very large conspiracy by the Department of Justice. Issa and Grassley have since taken up the crusade on Capitol Hill and tied it to Obama. “We got a lie, we got a cover-up,” Issa said last weekend on Meet the Press.

But Fortune‘s investigation puts the lie to that claim, and suggests the scandal is really about how gun-proponents have hogtied ATF agents and federal and state prosecutors in their efforts to halt fishy gun purchases. It’s long been a problem: Back in 2007, I wrote about supposed diplomats from the war-torn Democratic Republic of Congo buying boxes of hand cannons from a notorious gun shop in New York City and disappearing with them. After that story was published, a New York-based ATF agent told me that the government was aware of multiple such purchases, but had no power to stop them.

Today, things appear to be no better. As Fortune reports, the ATF’s Dave Voth gnashed his teeth looking for ways to stop sketchy gun buyers without running afoul of the Second Amendment crowd. Emailing a colleague about that unemployed guy with the .50-cal sniper rifle, he wrote: “We conducted a field interview and after calling the AUSA [assistant US attorney] he said we did not have sufficient PC [probable cause] to take the firearm so our suspect drove home with said firearm in his car…any ideas on how we could not let that firearm ‘walk’?”

Plenty of questions remain. If the magazine’s report is true, then why did Eric Holder and the White House ever issue any public mea culpas? Will Issa and the GOP completely dismiss the Fortune investigation? (If this response from Grassley is any indication, the answer to that question is yes.) And will the role of lax gun control in arms-smuggling give any Republicans pause? Wednesday night on CNN, Soledad O’Brien gave the third degree to Rep. John Mica (R-Fla.)—one of the White House’s biggest critics on the Fast and the Furious. (See the video below.) She asked Mica why Republicans wanted reams of classified White House communications, but were dead set against a database for gun sales. Mica sputtered. Until they come up with an answer, Republicans’ attempts to pin this debacle on the administration will likely sputter, too.