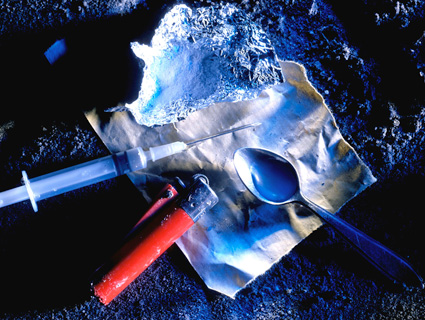 For many years Vancouver has had a serious heroin addiction. So it’s heartening to see that one of the city’s boldest strategies for confronting the problem, launched eight years ago, is continuing to meet with serious success: Vancouver’s government-backed “supervised injection site”—the first of its kind in North America—has helped reduce the number of fatal drug overdoses in the city by 35 percent, according to a new scientific report detailed in the Vancouver Sun.

The news is gratifying for me personally, having invested deeply in the issue with a reporting project I did for Salon beginning in 2003. (My initial story from Vancouver’s notorious Downtown Eastside—a neighborhood much changed these days, particularly since the 2010 Winter Games—is linked above.) Reporting another piece in 2006, one of the most striking things I found was that early results from Insite, as it’s called, had already converted some hardcore conservatives. Then city councilor George Chow—who had campaigned vigorously against the injection site when running for office—told me in fall 2006 that conservatives’ ideological fears had been misguided. They had declared that a government-sponsored facility for helping drug users shoot up would only breed more chaos.

“After three years that has not happened, even with an increase in the homeless,” Chow told me then. “Without this facility the drug problem would have been far more out of control. There would be an even bigger problem with HIV transmission and other issues.”

As I wrote at the time, research showed that Insite had also helped sharply reduce the sharing of dirty needles among street addicts and increased their entry into detox and addiction treatment programs. Supporters of Insite believed that the facility’s success would prove a beachhead for a less punitive and more humane war on drugs extending across Canada, and perhaps even to drug-troubled cities south of the Canadian border. Chow himself suggested that Toronto and Montreal, as well as US cities with similar problems, should consider the policy already working so effectively in his own neighborhood.

Now, he and Insite’s other supporters can point not only to a reduction in fatal overdoses but also to a rigorous research report making that same recommendation. The report was published Sunday, as the Vancouver Sun noted, in the prestigious medical journal The Lancet:

The report, compiled by Canadian scientists from the Urban Health Research Initiative, the B.C. Centre for Excellence in HIV/AIDS and St. Paul’s Hospital, goes on to argue that Vancouver’s Insite—the country’s first safe-injection facility—should be replicated in other North American cities where drug use is a common problem.

In a column accompanying the report, Dr. Chris Beyrer, Johns Hopkins Bloomberg School of Public Health, commended the facility’s work in helping drug abusers. “Supervised injection facilities clearly have an important part to play in communities affected by drug use. They should be expanded to other affected sites in Canada, on the basis of the life-saving effects identified in Vancouver,” he wrote.

Maybe city leaders in Baltimore, San Francisco and New York City will finally take notice, too. For a deeper dive into Vancouver’s acute hard-drug crisis, and Insite’s role in helping contend with it, read this piece.