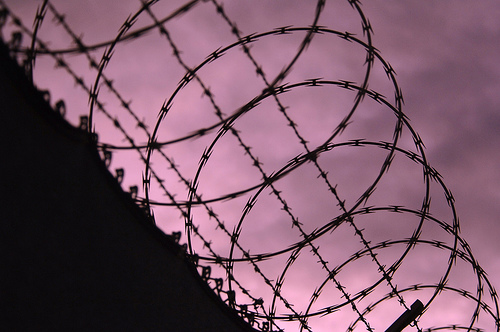 The Washington Post recently got ahold of an itemized receipt of DOD spending at Guantanamo, one that confirms both the runamokery of contracting excess and the Bush adminstration’s oversized expectations for the Cuban outpost. The notorious detention center, Don Rumsfeld’s “least worst place” for terrorists now imprisons 181 detainees (down from a high of 680) and was ordered closed by President Obama last year. But the bulk of the Pentagon’s spending was done by then, set in motion in early 2002 when of the prison was added to the century-old naval base.

The grand total for base renovations, when operating costs and outlays for the top-secret Camp 7 are considered, is estimated at around $2 billion, which puts the per prisoner tally right now at about $11 million per prisoner. Even just considering the $500 million in capital expenditures detailed in the Post that’s still $2.8 million per prisoner. True, the military personnel stationed at the base should be comfortable and not feel completely isolated on the 45 square-mile swath of island where Gitmo is based. But at the same time, the cash thrown down suggests an extravagant expansion and the investment in Guantanamo Bay as the crown-jewel HQ in the US’s War on Terror.

There are legit, if high, construction costs, like $2.6 million for a road stretching 8-miles along the fenced and mined perimeter of the base (bordering Cuba), $18.2 million for a hospital, and $2.9 million for a psych ward. But some of the expenditures seem comically excessive and characteristically overpriced. Some particulars:

KBR’s bill for building prison facilities: $169 million (not including bonuses)

*There are only 398 kids under 18 at Gitmo right now, that’s a playground for every 15 kids. Playgrounds are awesome and all but how could there ever be enough people on base, playing with their kids at the same time, or even playing without kids, to warrant 27 of them?

So the base has all sorts of amenities now. And if the prison is indeed closed we’ll still have our naval base in Cuba, but it likely won’t be crowded with military personnel. So what do we do with the courthouse, the coffee house, the playgrounds? Fewer people will use them or we’ll find a reason to stock the base full to enjoy the surroundings. Or maybe the military can set up vacation packages for the curious to tour the base: stay in the sleeping quarters, witness a mock tribunal, visit the prison, wear orange…

It’s not a very tasteful idea, but Americans are suckers for a good prison tour. And maybe we could send classes there on field trips so we could all, you know, learn a thing or two from our past transgressions.